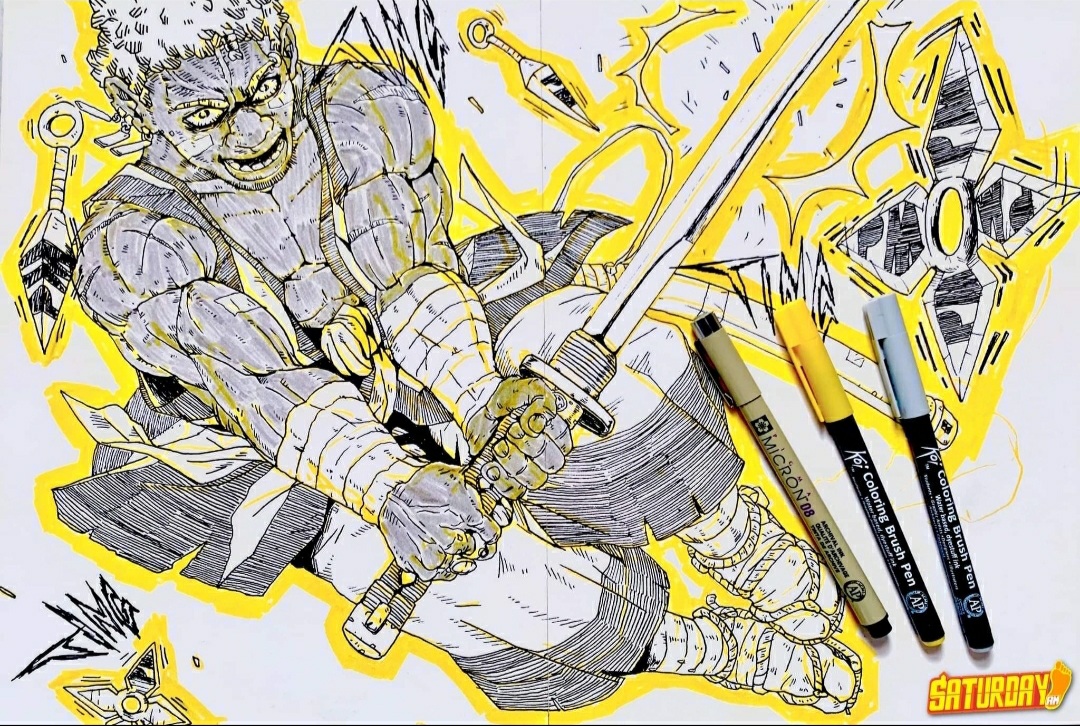 An African slave becomes a Feudal era Samurai in Japan.

Believe it or not, the extraordinary life of Yasuke was no fiction. Initially born in the African nation of Mozambique, he was sold into the Portuguese slave trade at a young age and eventually found himself halfway across the globe in sixteenth-century Japan. Living during the fabled, Warring States Period, he adopted the culture and customs of his new homeland and learned the ways of the Samurai. He even interacted with some of the most influential figures of Japanese history. While this incredible figure has been casually presented in Japanese media for decades, a fuller portrayal is long overdue. Not only was there a live action feature film due (unfortunately postponed by the unfortunate death of lead actor Chadwick Boseman) but the brilliant minds over at Netflix and Studio Mappa are launching the upcoming animated series, Yasuke.

In anticipation of the anime’s upcoming release, Saturday AM, the world’s most diverse manga-style comics brand, and Sakura Of America, the most trusted art supply brand in manga are both teaming up to honor this important figure. As it coincides with the celebrations of Black History Month, the two firms will showcase incredible original art inspired by the legend of this remarkable figure of not just black history but Japanese history, as well!

On February 20th, artists will be able to enter the YASUKE FANART COMPETITION, where talented creators from all across the world, will submit original fanart of everyone’s favorite black samurai and have the opportunity to win fabulous prizes. Among the many prizes provided by Sakura of America will be essential manga staples such as Pigma Micron-Manga Comic Pro, Pigma Microns, and Pigma Micron Assistant Black Transparent pen sets as well as other goodies such as Koi Watercolor Coloring Pens, stickers, pen pouches, and MUCH MORE!

To participate in the event, contestants must submit artwork via the social media platform Instagram using the hashtags #YASUKESAKURA and #YASUKESATURDAY between the dates of February 20 and 28th, 2021. Sakura of America will officially allow the entries to be judged by a selection of artists from Saturday AM including International Youtube star and Saturday AM co-founder, WHYT MANGA from Nigeria.