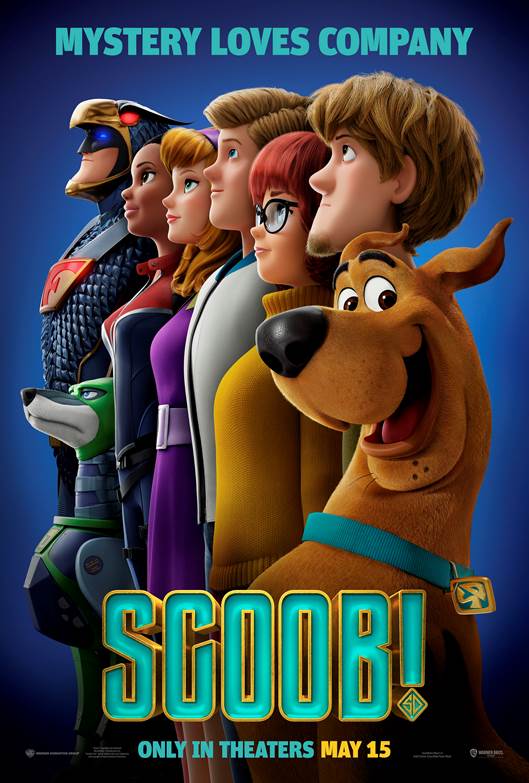 Scooby-Doo and Shaggy will finally have the opportunity to explain where a friendship over weird foods was first forged.

It is that story, one that’s never been told before, that will set the stage for the all-new Scooby-Doo mystery entitled SCOOB!

Returning to its roots of full animation, SCOOB! aims to fill in the blanks of how the gang first assembled, beginning with Scooby and Shaggy. It is from that initial meeting between the duo that their relationship takes shape and extends into their first meeting with Fred, Daphne, and Velma. Ultimately the band of friends began solving mysteries and crimes before launching into the next big adventure. As expected, the gang will embark on a mission to solve their latest epic mystery, they’re most challenging yet. In this installment, they discover a plot to unleash the ghost Cerberus upon the world. As they race to stop this Dogpocalypse, the gang discovers that Scooby has an epic destiny greater than anyone can imagine.

Black Girl Nerds had the opportunity to pay a visit to Warner Bros Studios and sit down with director Tony Cervone to get an inside view of the latest feature film in the Scooby universe. Six years in the making, Cervone described the challenges of animating characters whose existence has been entirely in two-dimension.

This movie can fill in blanks that have never really been filled in before. Like how they met, where did they meet. They are from LA. I want LA to be represented, I want California to be represented.”

Cervone goes on to explains why the root of this film is about friendship and examining why some childhood relationships endure while others do not. A dynamic previously unexplored between Scooby and Shaggy.

“The origin story is about friendship and how that friendship gets challenged in deeper, more interesting ways that are universal. Some of us have friends that we met when we were little kids in grade school. Not everyone you met when you were five years old, you’re still friends with. So why do some friendships endure while others don’t? Relationships are challenged every day so why not challenge Scooby and Shaggy’s relationship a little bit?

This movie can fill in blanks that have never really been filled in before. Like how they met, where did they meet. They are from LA. I want LA to be represented, I want California to be represented.”

Although the characters have been updated and modernized with new animation, Scooby and Shaggy will remain as the same over-eating, best friends, scared of their own shadow characters that fans have come to love. Legendary voice actor Frank Welker returns as the voice of Scooby-Doo with Will Forte as the voice of Shaggy. Rounding out the cast, Gina Rodriguez joins as the voice Velma, Zac Efron as Fred, and Amanda Seyfried as Daphne. Also, Mark Wahlberg as Dynomutt, Tracy Morgan as Captain Caveman and Kiersey Clemons as Dee Dee Skyes. Additionally, past characters from the Hanna-Barbera world will make cameo appearances throughout the film.

At its core, Cervone calls SCOOB! a modern, humorist movie that also has a layer of humor that is multi-generational. An important factor considering the length of time Scooby has been a part of the cartoon world.

Created by writers Joe Ruby and Ken Spears for Hanna-Barbera Productions, the original series entitled “Scooby-Doo, Where Are You?”, first premiered in 1969 on the CBS network. After a six-year run, the series moved to ABC where it ran until it was canceled in 1985. Additionally, the popular series spawned additional spin-off films and series as well as additional characters like Scrappy-Doo (Scooby’s nephew) and Scooby Dum.

SCOOB! opens in theaters in theaters everywhere May 15, 2020. Click below and get a first look at the final trailer.