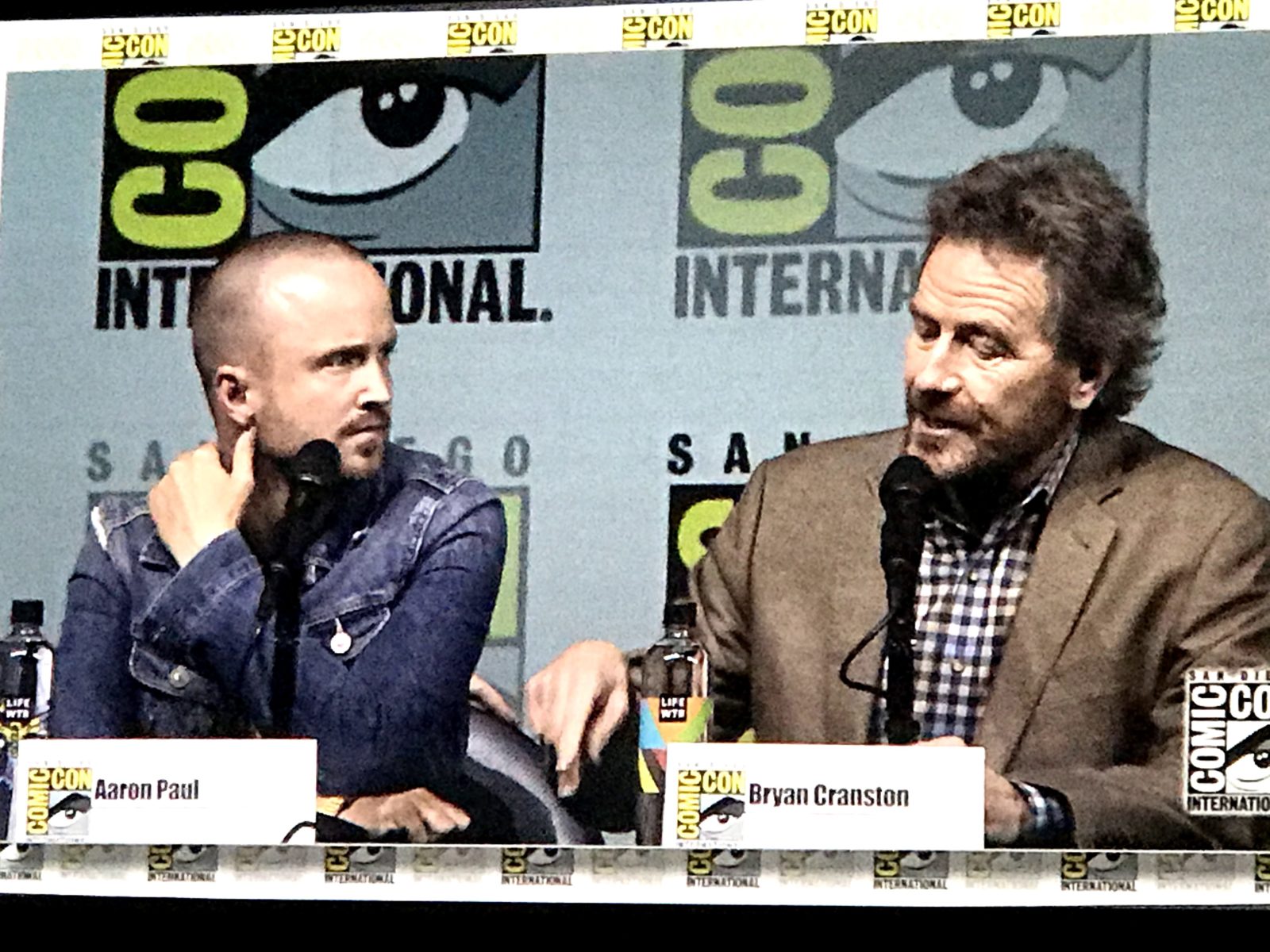 The cast of Breaking Bad assembled for a panel of laughs and to answer some very interesting questions. Walter White’s Bryan Cranston was joined by Jesse (Aaron Paul), Skylar (Anna Gunn), Walter Jr. (RJ Mitte), Hank (Dean Norris) and his wife Marie (Betsy Brandt), the venerable attorney Saul, played by Bob Odenkirk, and the dangerous Gus played by Giancarlo Esposito. The series writer and creator Vince Gilligan joined them. Bill Burr, who played Saul’s goon Kuby, joined them as moderator of the panel. 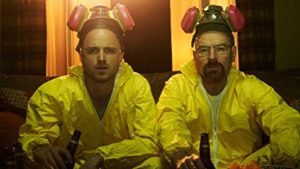 The panel did tackle some serious questions. Someone asked what was the most frustrating or hardest scene. RJ answered with a description of the scene where Walt tells his son what was really going on–about cancer. He told the audience that the emotion behind that scene was rough. It was made even harder by his personal struggle at the time, mourning the death of his grandfather who had died from cancer.

Lighter questions included one for Betsy about Marie and all the purple! She answered that the costume designer gave everyone a signature color. Hers was purple. She just ran with it. Things got down to the downright weird–as expected from this group–when Walt was asked what he brought over the Breaking Bad from Malcolm in the Middle.  He answered, “the underwear,” referring to the tighty whities both Walt and Hal loved to sport outside of their clothes–and the privacy of home.

The audience even learned that Gilligan and the writing team almost snuffed out Jesse after season one. They didn’t expect him to be so good. They felt that Aaron Paul’s Jesse made the show “more interesting, more dimensional”. We are sure glad they kept him. There was also a discussion of the fan theory that Walt’s meth led to The Walking Dead.

The audience learned that they could get a walk down the Breaking Bad memory lane with the music from the show. Composer Dave Porter, the man who scored all 62 episodes of the show, has a Spotify project that fans must check out here.

Get a peek into the Breaking Bad Reunion Panel at SDCC with the photos taken by BGN’s Catalina Combs.