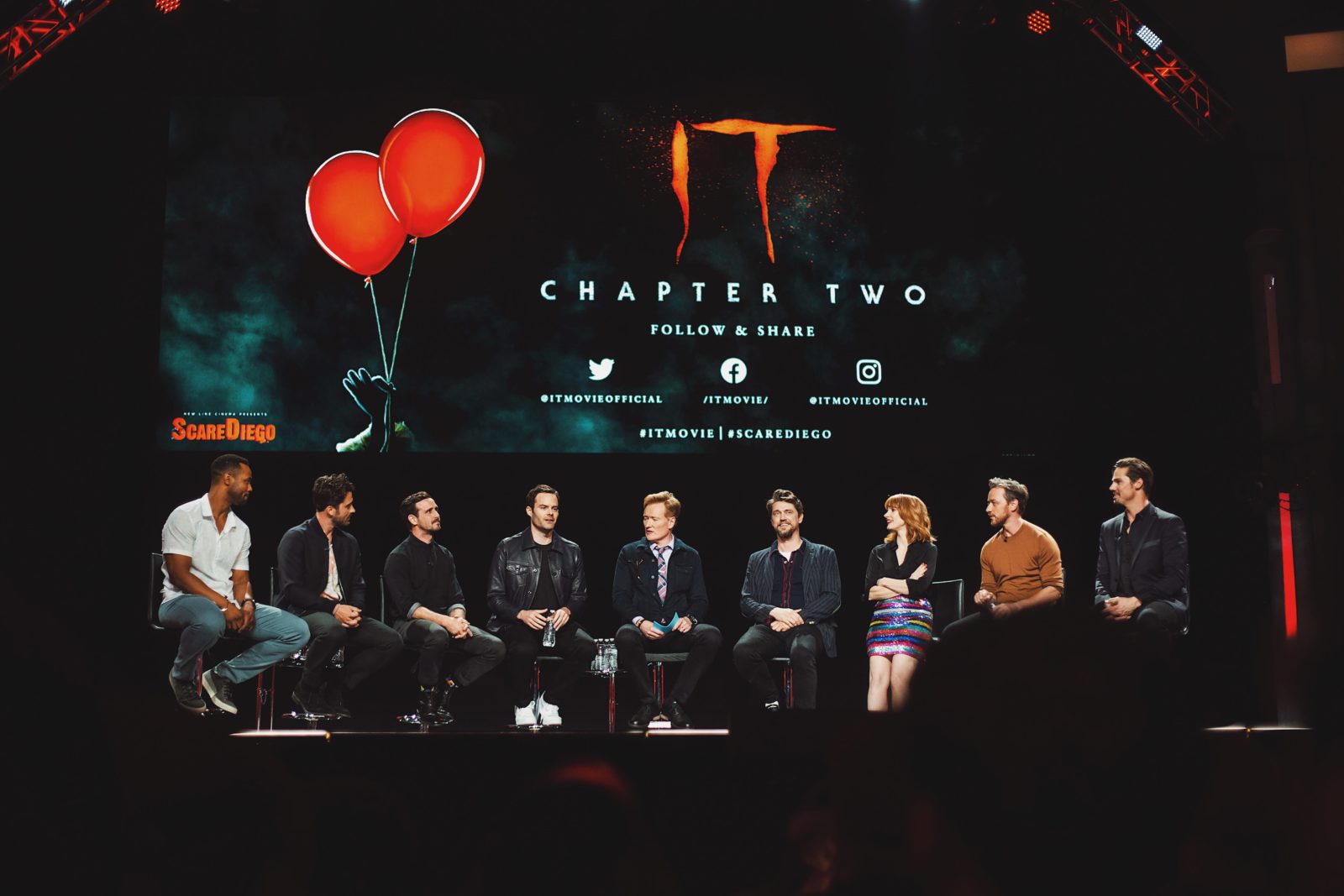 The presentation showed 3 movie clips including an extended clip. The first clip shows the group reconnecting again in a scene taking place inside a Chinese restaurant. Our takeaways from the clips presented a blend of horror and comedy. In IT: Chapter Two expect to be laughing one moment and suffering from sheer terror the next. It will be a rollercoaster ride of emotion and many of the clips are moments from the trailer, which premiered at comic-con.

James McAvoy mentioned when he was watching actor Bill Skarsgård — who plays the nightmarish Pennywise — explains how uncomfortable he was filming scenes with the character. McAvoy also worried for Skarsgård from one actor to another, since it is such a dark portrayal.  It was certainly a freaky environment for the actors to work in.