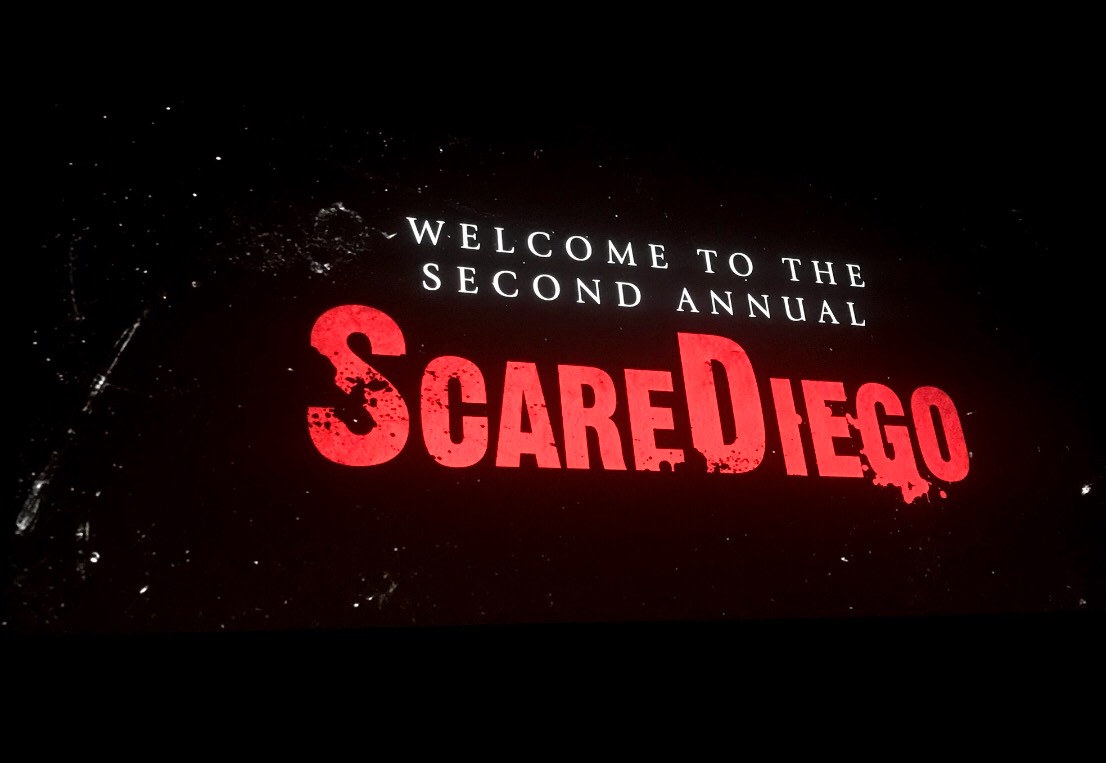 Three clips and a movie trailer was presented during the event. The cast of the film It: Chapter 2, the highly anticipated sequel the blockbuster film It which blew away audiences last year, says that this movie will be “scarier and darker” than before. Is that possible?

Director Andy Muschietti advised everyone to bring their adult diapers to the theaters when It: Chapter 2 is released. It’s clear New Line Cinema thinks diapers will be needed for more than just that. In this year’s Second Annual Scare Diego, four new horror movies were introduced to the audience and they are terrifying.

The Legend of La Llorona was first up. If you don’t know who La Llorona is, google the Mexican folklore, please. It is no joke. The few clips that were shown are where nightmares are born. The cast present were Linda Cardellini, Patricia Vasquez, and Raymond Cruz, accompanied with Producer James Wan and Director Michael Chaves. Vazquez and Cruz talked about their own personal experiences with La Llorona and the chilling supernatural events that occurred on set.

Cruz had a bracelet that was physically unbreakable (he tried) but somehow it flew off his wrist and the charms split perfectly in half. For Vazquez, while filming this movie she heard La Llorona in her own house. She immediately flew out of bed and tripped and fell into her daughter’s room. When the noise woke up her daughter, Vasquez recovered and said she was checking to see if she was cold. When Vasquez got back to her room, she realized La Llorona was teaching her what it’s like to fight for the people you love. A true theme for this chilling film.

The next film was It: Chapter 2. The cast and crew were not able to make it due to filming, but they put together a behind-the-scenes featurette. The main thing to take away from this was the fact that the director said this film is scarier and darker. Are you kidding me? I already have a phobia of clowns. This didn’t help. Neither did close-ups and clips of Bill Skarsgård as Pennywise is absolutely terrifying.

Next up was The Nun. David Leslie Johnson, a writer for the Conjuring 2, based the demon character off of one he found in the Bible via his research. Try sleeping after that. The Nun is one of the new additions to the Conjuring universe and it is indeed an origin story. After some clips, the lights came on and the theater was full of Nuns with blacked out faces. Why, dear God, why? 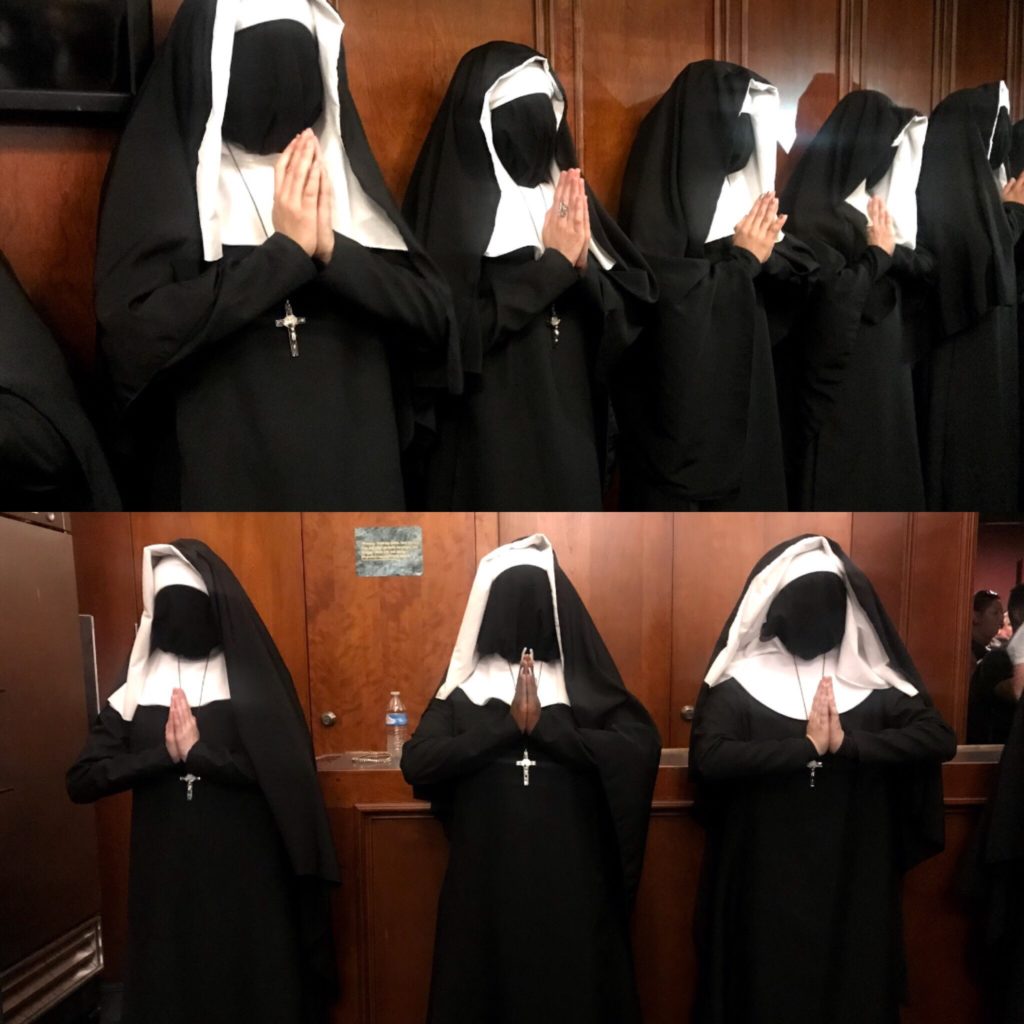 The cast of the Warner Bros film The Nun presented scenes from the impending film as well as a behind-the-scenes snippet of the horror flick. Actors Taissa Farmiga, Ingrid Bisu, producer Peter Safran and director Corin Hardy were present to discuss the New Line Cinema film. 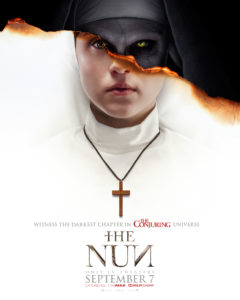 It was also revealed that a new Annabelle is being written. The writing is being helmed by Gary Dauberman who wrote the first two films, It, and The Nun. He is also a producer on a lot of these projects. It should also be noted that horror filmmaker extraordinaire James Wan is the producer of both The Nun and The Curse of La Llorona.

The Nun will be released September 7th 2018.