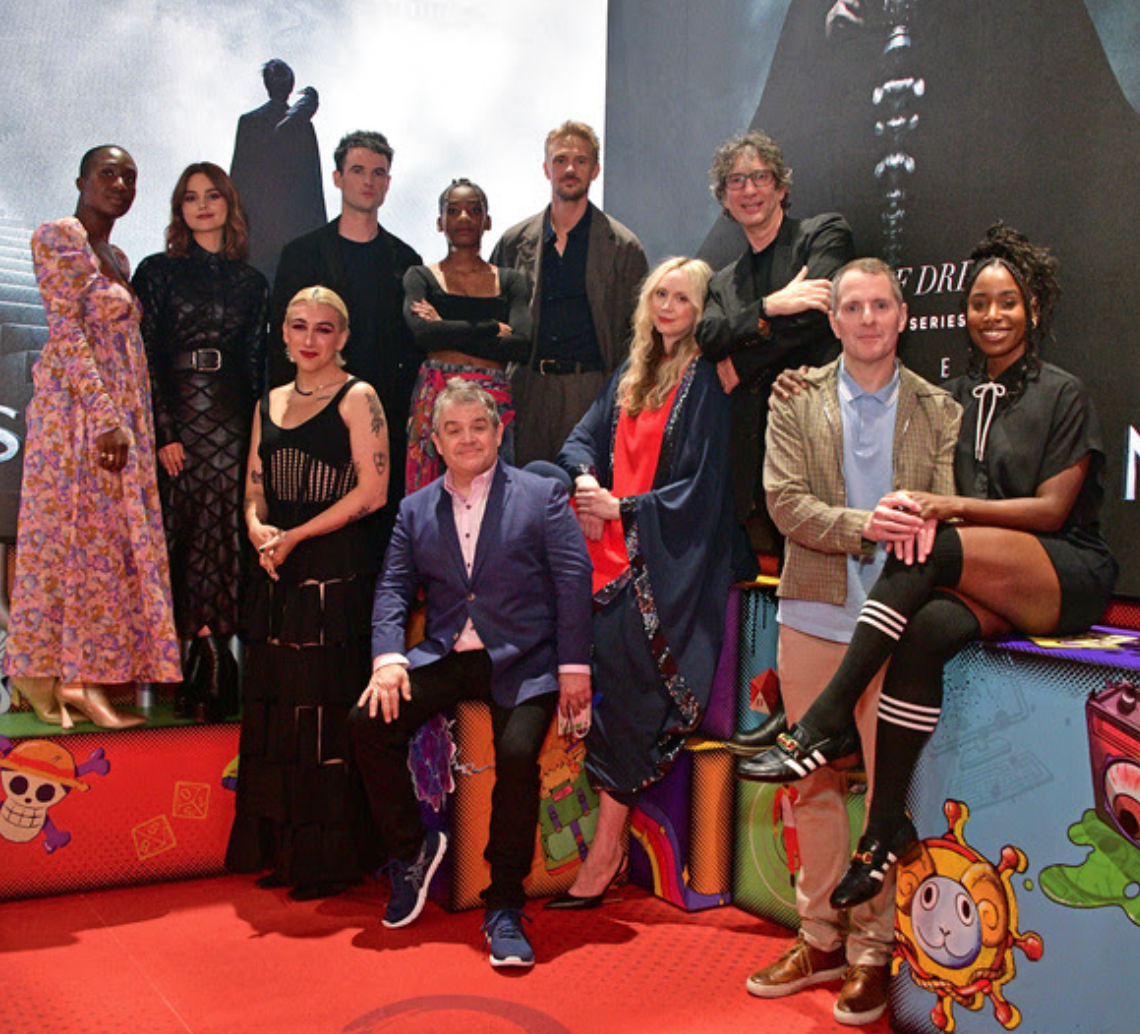 Netflix, who is currently still leading the charge as the largest streamer has taken on another genre show that may garner a fan base as large as phenomena surrounding Stranger Things. Writer Neil Gaiman, one of the most prolific fantasy fiction writers out there, who is no stranger to having his written works adapted to the small screen (i.e., American Gods) is back with his latest project The Sandman.

The story is a rich, character-driven blend of myth and dark fantasy woven together over the course of ten epic chapters following Dream’s many adventures. Developed and executive produced by Gaiman, showrunner Allan Heinberg, and David S. Goyer, The Sandman is produced by Warner Bros.

Gaiman is also very involved with this project, so there’s some relief here that the series will not deviate too far from epic comic book fantasy. The first season will also cover the first two graphic novels which has been confirmed by Gaiman according to sources.

Fans went wild during DC Fandome in October of last year, when a first look was unveiled of actor Gwendoline Christie as Lucifer.

Fans are speculating how close to Gaiman’s source material will the series turn out to be. Our own Jason Collins was curious about the story of Nada, and if and how will that be revisited on the Netflix series.

Today in Hall H, didn’t answer specific storyline questions, but did clear some mysteries behind our expectations of the impending series.  According to Gaiman, he says Christie says she wanted to be Lucifer. The series showrunner, Allan Heinberg, says the following about his foray into the show: “It’s been oddly fitting from the start that working on this has been a dream come true for me, and here I am working on a show about dreams. We wanted to be as faithful to the book as possible. Netflix has been incredibly supportive of the mission and we knew streaming was the best way to tell this story.”

Staying true to the character was important for both Reinberg and Gaiman. Gaiman says this about Kirby Howell-Baptiste’s character Death, “we believed Kirby Howell Baptiste as Death and people would fall in love with Death the way they did in the comics.”

Tom Sturridge, who plays Dream has put his heart and soul into playing this role. He’s certainly take this seriously. He says, “I spent months reading over and over The Sandman until it was in my bones and blood until I got into the mind of the man who made it. Each episode is a different film, it’s a different cohesive story and that change is inflicted on their journey.”

Gwedoline Christie enjoyed being and playing the essence of evil in The Sandman. She also understood the responsibility and undertaking involved in fulfilling fan expectations.

While many film and TV shoots have adjusted to a new way of life crafting together a production during the pandemic, actors Kirby Howell-Baptiste shared the following:

“One of the benefits of filming during the pandemic was I had a lot of time to think how do you give a human form to a death? I spent a long time looking at relationships with death and looked at psychopaths as well as places filled with doom and gloom. I got to take from the page and looked at the idea that Neil created. This looming character is someone you are comfortable with and I looked at myself and I had a personal loss that I was able to work through. Death was a character that was my favorite when I read the comics.”

Comedian Patton Oswalt was a huge fan of Gaiman’s graphic novel from the start. However, it was a challenge for him starting a new journey with this TV character with a graphic novel mindset. He says, “As for The Sandman I was into right in the beginning from issue 1 and I’m playing a character that is new to this world. He’s running to catch up into this massive world he’s been thrown into. Having to play the not knowing what’s going on is kinda hard.

Check out the new trailer that dropped during comic con.