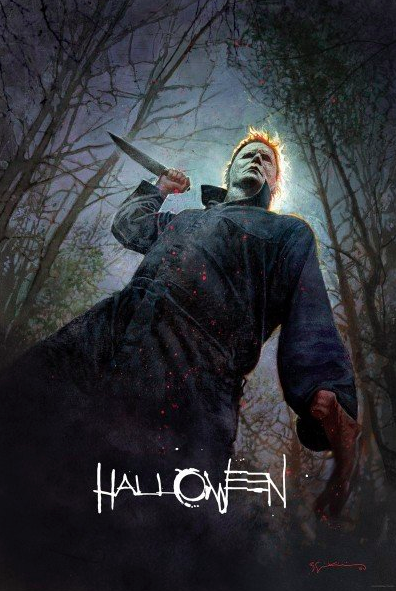 Universal Pictures along with Trancas International Films, Blumhouse Productions, and Miramax will release the horror classic Halloween on Friday, October 19, 2018.

Today in Hall H, actress Jamie Lee Curtis who returns to her iconic role as Laurie Strode, chats about her next adventure confronting the horrifying Michael Myers — the masked creepy guy who has haunted her since she escaped his killing spree on Halloween night four decades ago. 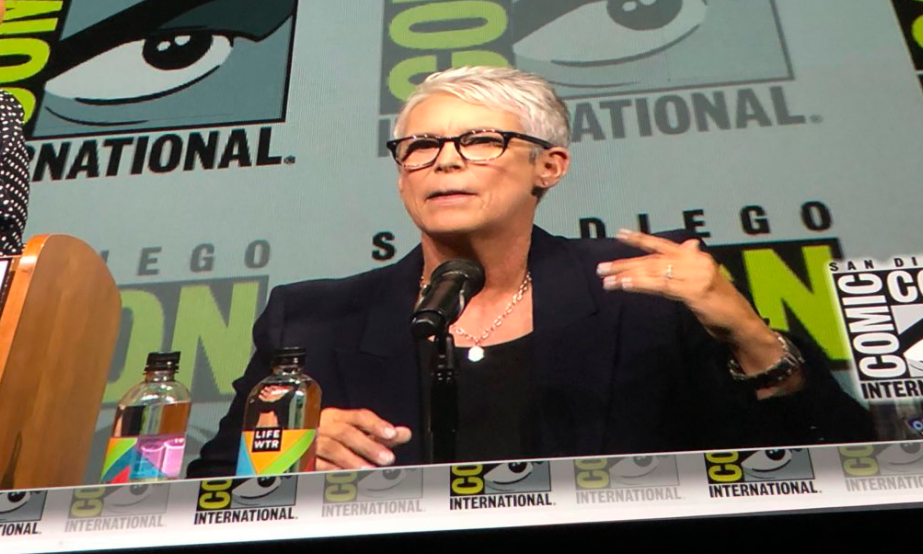 When asked why the return Jamie says,

“Laurie was 17. Forty years later she never had any mental health services. She had a small cut on her arm, yet she has carried the trauma and PTSD of someone attacked randomly. We’re honoring that today in her trauma. We’ve reached a point where you say I am not my trauma.

She’s a woman who has been waiting forty years. I’m here to take back the legacy of my life. Take back my narrative and that is a bit of a thing in the world right now.”

Jason Blum emailed David Gordon Green asking, “what do you think about the Halloween franchise?”

In David’s mind, it is the pinnacle of horror. 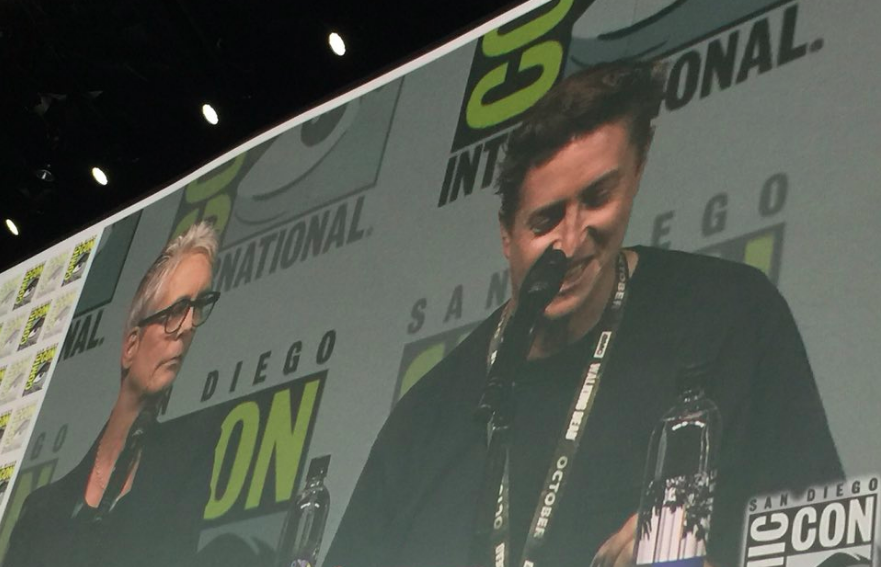 He went to college with Danny McBride. The three got together, Jason and David pitched it to Danny. They really wanted Danny involved. His phone goes off and it’s the Halloween theme music as his ringtone.

Jason Blum was excited to do the next version of Halloween, but didn’t know how to do it. David and Danny came up with the what would happen 40 years later from the original and Jason loved it.

“What makes Michael so scary is the randomness. Its a small town. A beautiful life, just like we hope the childhood of our children have. Then there’s this killer. Laurie, 40 years later, has PTSD and it is real. Trauma and its effects are real. She drank too much, she had a child and she was taken. Dogmatic in her beliefs that Michael will come back. She lives in isolation waiting because she knows he’s coming back.”

Master of horror John Carpenter executive produces and serves as creative consultant on this film, joining forces with cinema¹s current leading producer of horror, Jason Blum (Get Out, Split, The Purge, Paranormal Activity). Inspired by Carpenter’s classic, filmmakers David Gordon Green and Danny McBride crafted a story that carves a new path from the events in the landmark 1978 film, and Green also directs.

Halloween is also be produced by Malek Akkad, whose Trancas International Films has produced the Halloween series since its inception, and Bill Block (Elysium, District 9). In addition to Carpenter and Curtis, Green and McBride will executive produce under their Rough House Pictures banner. Ryan Freimman also serves in that role.

Halloween will be distributed worldwide by Universal Pictures.