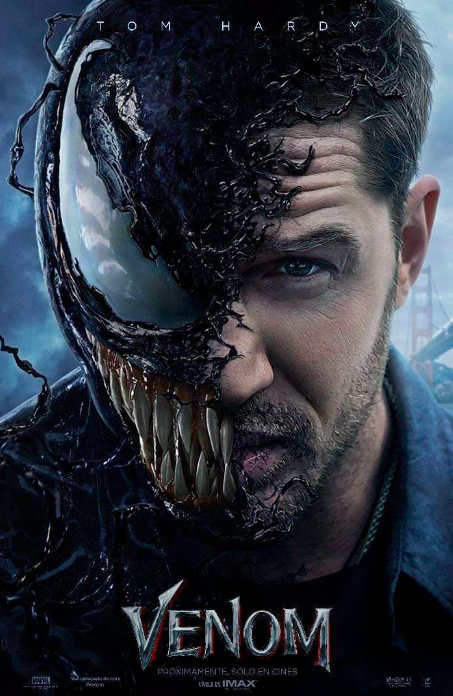 Venom is a new film based on the Marvel Comics character of the same name, produced by Columbia Pictures in association with Marvel and distributed by Sony Pictures.  This film will be within the same timeline as the Marvel Cinematic Universe. 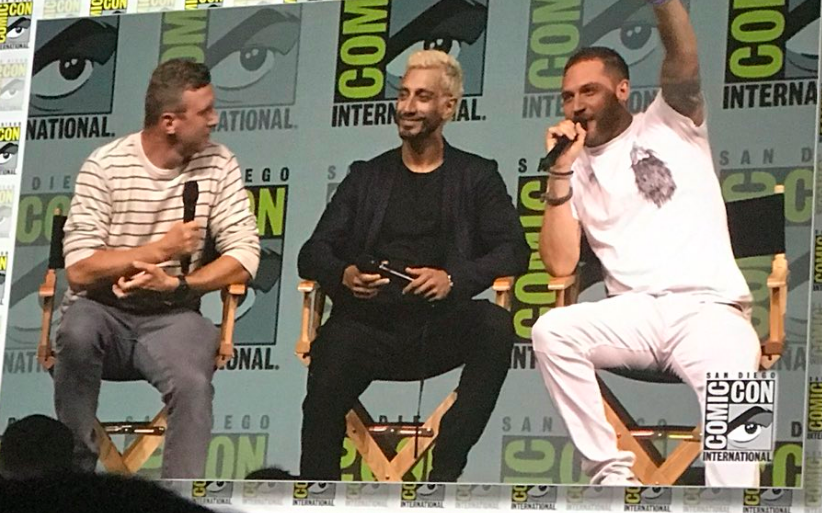 So what can we expect?

Ruben Fleischer says he made the movie for us. Venom is a much darker character. Unlike other Marvel films, it’s a more gritty complicated violent character. There are no heroes in this movie.

“As a huge fan of Tom, he was the perfect person to play Eddie Brock in Venom. He brings so much complexity and depth to every character he inhabits. The duality between Eddie and Venom, watching him do what he does, he elevates it to another level.”

“Venom is the coolest Marvel superhero in the universe. I like the way he looks. My son is a massive Venom fan and he appealed to him which is why I wanted to play him. I got involved with Venom because the project is really good.”

Venom is the anti-hero doing everything to accomplish his goals. His moral code is questionable. He finds his perfect opposite partner in this creature. 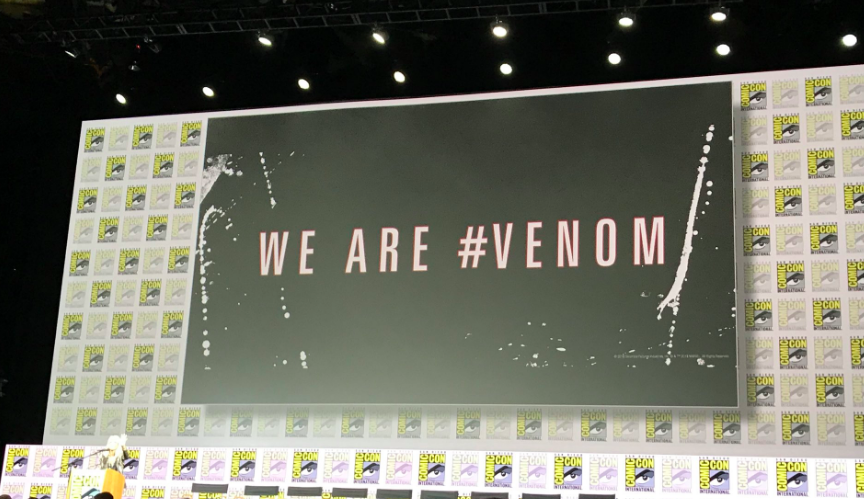 “Working with Michelle is awesome. She is brilliant. She is super super patient, a problem solver, and an awesome actress. Working with her is a delight.”

When Tom Hardy was asked, What about Spider-Man? Tom, Are you ready to go toe to toe with Tom Holland?

The film clip was legit. It was that special combination of dark and humorous that only Tom Hardy can play.

Riz Ahmed is Carlton Drake a genius, billionaire scientist. Exploring a future in space, he finds the symbiot. 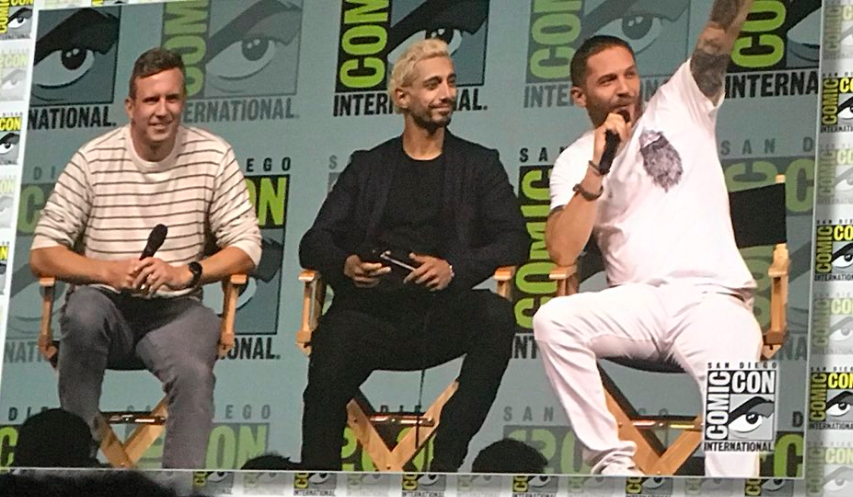 Jenny Slate plays a scientist at the foundation. In between shots, she’s so funny.

There is also Riot! He is Venom’s adversary who is stronger and more powerful. He can jump to different hosts. There may or may not be other villians in the film.