Black Lightning will surely be the show you need to watch when it airs mid-season on the CW! I had the esteemed pleasure of interviewing the cast of this highly anticipated show at SDCC, and it was nothing short of a delight. Hailing from DC comics, Black Lightning will be the first black led superhero series and black superhero family on network TV. Starring Cress Williams, who I have loved since his days as Scooter on Living Single, as Bailey’s ex-husband, Tucker, on Grey’s Anatomy, and then most recently as Lavon Hayes, Mayor of Bluebell, Alabama on Hart of Dixie. Cress, who was so warm and humble, will definitely continue to shine and break barriers in his career. He is thrilled to take on the role of Jefferson Pierce/Black Lightning not only because he is a superhero of epic proportions, but because a lot of what happens in the comics reflect the heavy world of violence and racial tensions, and this will be a fresh portrayal on such. While we start the series with Jefferson out of the game, the weight of the world and the reveal about his daughters sharing his powers is the beginning of a crime fighting family. 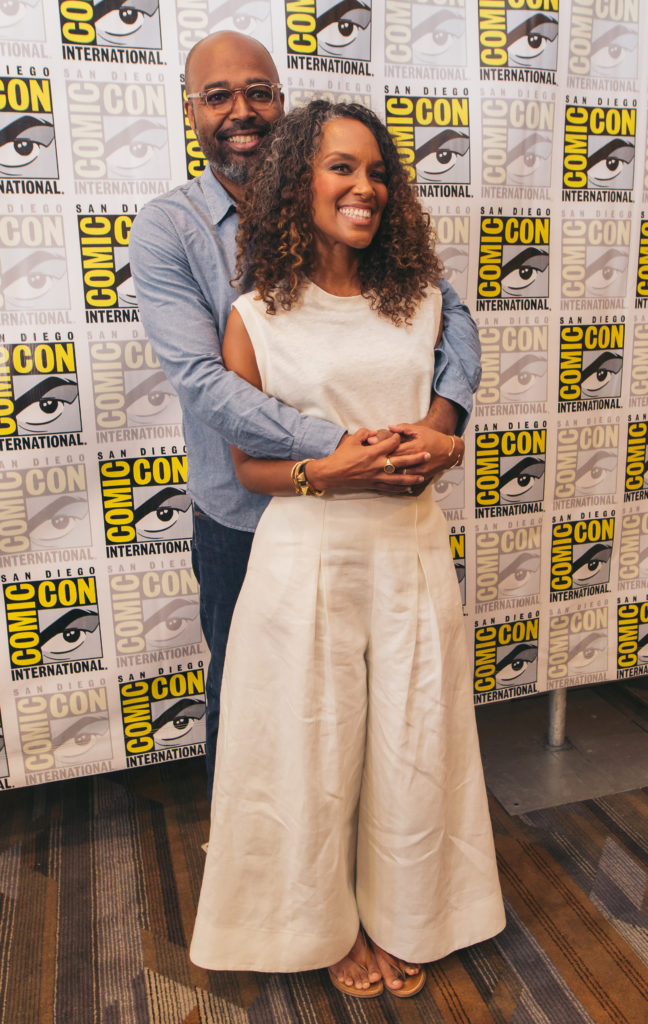 Black Lightning is helmed by husband and wife powerhouse duo, Mara Brock Akil and Salim Akil. They are the creative forces behind fan favorites Girlfriends, the Game, and Being Mary Jane. It will be a delight to see another Black family on the CW, which currently has given us arguably the best dad on T.V. now in Jesse L. Martin as Joe West on The Flash.

China McClain, known for her roles in Daddy’s Little Girls and Descendants 2, will be seen as the youngest daughter Jennifer/ Lightning, who after she learns how to control her newly minted powers, will surely flourish. It was so refreshing to see how enthusiastic China is about not only stepping into the role but also about becoming a realistic role model for young girls.

Oldest daughter Anissa/Thunder, portrayed by Nafessa Williams (Code Black, Twin Peaks, and One Life to Live), will surely be the protective and guiding big sister once she realizes that Jennifer’s powers have manifested. Nafessa, who is so kind, genuine, and pumped about suiting up, cannot wait to bring her own flavor and voice to this iconic role. 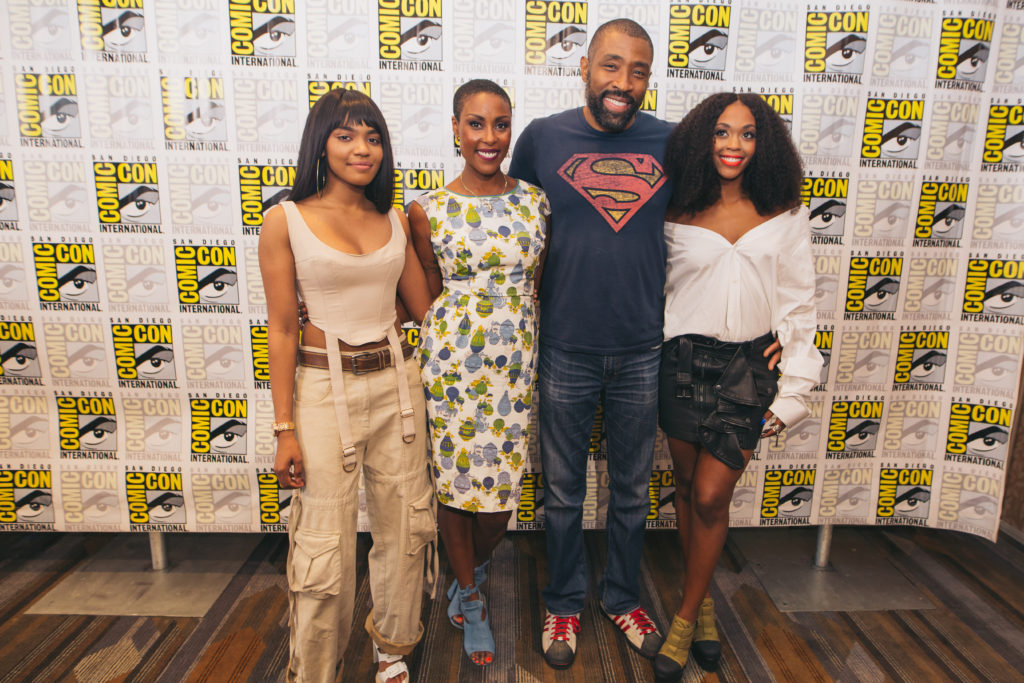 The glue that holds all of them together is Lynn Pierce, portrayed by the dynamic Christine Adams (Batman Begins, Tron: Legacy, and Agents of S.H.I.E.L.D). She is the family matriarch and only powerless family member. Lynn brings a greater sense of humanity and reasonability to their family. Christine said she related to Lynn on multiple levels as a black woman and mother just balancing raising her daughters to be good human beings in a world that have a lot of complexities and dangers. Jefferson and Lynn are college sweethearts, and Lynn is one of the first people that he trusts with his secret. She is the one who realizes the severity and danger involved in his crime-fighting, and while they are not together as a couple (due to his obsession and addiction to being a superhero), they do fiercely love their children and both agree that their daughters stepping into this world isn’t something they would wish for. I appreciate that this show truthfully represents what families look like and shows a divorced family where the parents are successfully co-parenting, keeping their kids healthy and happy at the center of their evolved relationship. Throughout Jefferson’s journey, I think we will definitely see him embrace the girls taking up the mantle a little bit more, realizing that his support and guidance could help make sure that they aren’t reckless with this new level of responsibility.

While we, unfortunately, have to wait until mid-season to learn more about the Pierce family and the darkness that lies within the town they reside, I am grateful to even have this form of representation on T.V. It is about time that in this current landscape of T.V. and film that we see more families of color in general, but definitely superhuman black families! I cannot wait to visit this set (I am going to claim it now!) and get more sneak peeks into the Pierce family and their stories, behind the masks and beyond.

All Photo credits: Corey Ransberg for BGN at SDCC