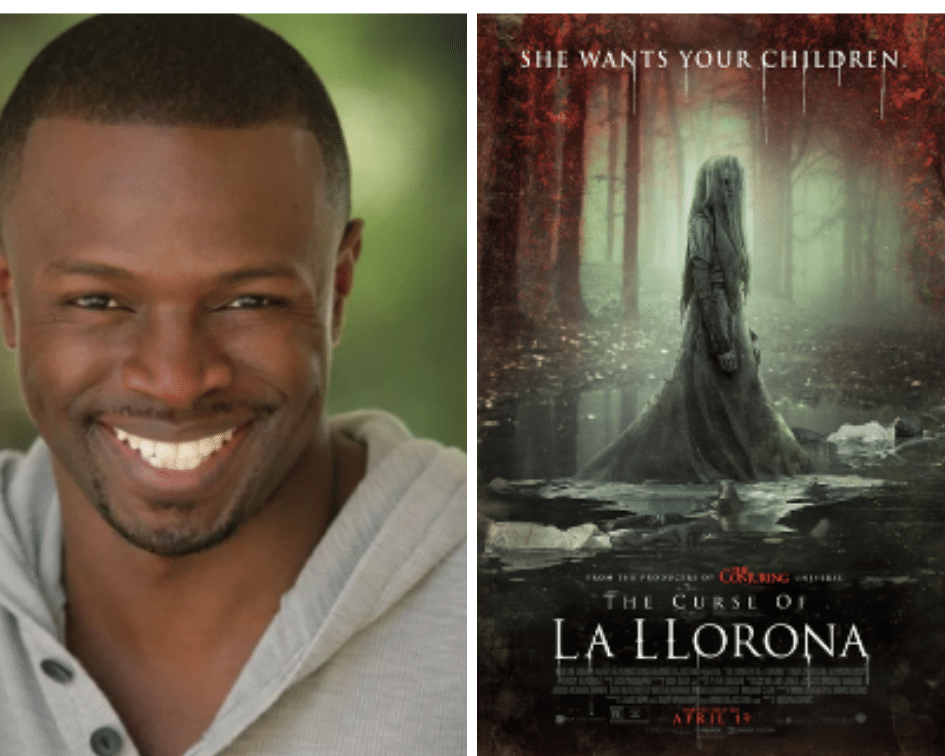 He’s a familiar face that you might remember from the early aughts in that first Barbershop movie or in a trendy indie called Save The Last Dance with Julia Stiles. But no matter where you’ve seen him, Sean Patrick Thomas can make his presence known even if there is limited screen time.

Without giving too much away, Thomas plays opposite Linda Cardellini as her late husband’s best friend in The Curse of La Llorona opening this weekend. The movie sheds new light on the Mexican folk tale about the “Weeping Woman,” a now-evil spirit based on the mortal life she led. Several films have been made on this, each with slightly different plots but with ‘La Llorona’ remaining the main catalyst.

BGN talked to Sean Patrick Thomas about…wait for it, his favorite horror films and what happened on the set one night while filming.

Did you know anything about this Mexican folk story?

No, I didn’t know anything about it. I read the script and thought, ‘wow, this is kind of a rich story. I had no idea that it had so much history behind it.

What did your wife (actress Aonika Laurent) think of it when you got the offer?

She was excited because my wife loves scary movies. It’s right up her alley.

Any advice from the director on how to play it?

My character is really only in the movie as a trusted family friend so that was really the thrust of why my character was there. I didn’t have much to do with the scary stuff. That was much more the other characters. I’m the guy who really doesn’t know what’s going on.

This is your second horror film. Do you have any special love for this genre or just a coincidence?

I love a really good story. It’s not a particular attraction to the genre. Anything that is well-written and a compelling story. That’s really all I care about. Whether it’s horror, drama or comedy or whatever it is. Whether it’s compelling, that is the draw there.

Where was this shot?

It was shot entirely in Los Angeles, in areas downtown and areas near Pico and Venice (boulevards); areas where some of the older houses are.

What was the spookiest thing that happened on set that you recall, maybe someone playing a practical joke because of the kind of film you were doing?

No practical joke but in that scene where you see me at the crime scene. That particular night there was a really, really powerful stench in the air. It was just coming out of nowhere.

I have not seen a lot of horror movies. The one that I’ve seen that really got to me was the one where nobody could speak or the monsters would come get you. I’m trying to think of the name of it.

A Quiet Place, yes! That’s the kind of horror movie I like, where it’s really not about some crazy person. It’s just a like, a real family in a real situation and they are trying to survive.

Ok, I’m going to say some horror movies and you tell me what your first thought.

Get Out, to me, didn’t seem like a horror movie. That was just a thriller; a social commentary, a thought piece. I think it was much deeper than a horror movie.

What have you heard about it?

I know the iconic moments from it. It’s in an abandoned hotel, right? My wife brings it up a lot. She used to ride around in a little tricycle going “redrum, redrum, redrum.” So that’s what I think of when I think of The Shining.

Any of the Halloween movies?

I actually did one of those (2002’s Halloween: Resurrection). The Halloween films were great to me; the ones with Jamie Lee Curtis. The ones where there was a personal connection to what is happening with these people. That’s why the ones that she was in and, she was in the one that I was in — that’s why I think these were the best because anything that makes these stories personal is what makes them work.

I’ve never seen any of those either. When I think of [Chucky] I think of Jon Gruden because when he was coaching with the Tampa Buccaneers, he’d walk down the sidelines with that expression on his face and he looked like Chucky. And people called him Chucky at the time.

You have a wife and kids. What do your kids think about when they see dad on screen?

They’re still kind of intrigued by it. They’ve just now to the age where if someone stops on the street for a picture or autograph, they’re starting to get used to that. Most of my stuff, they haven’t seen.

I’m starting to let them see stuff now and, it’s fun. I like to watch them watch other people. If someone recognizes me, it’s fun to watch my kids react to that. They get a real kick out of seeing that.

The Curse of La Llorona is now playing in theaters.