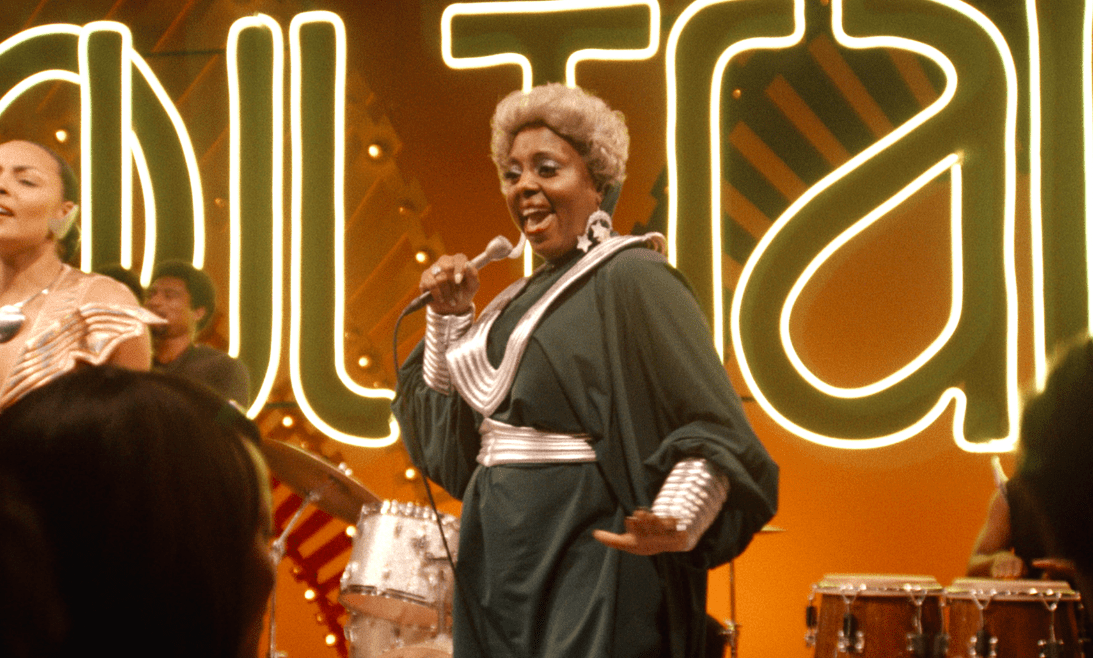 One might never imagine that the man with the deep baritone who stood in front of cameras and wished viewers “peace, love, and soul,” could have had so much un-peace in his personal life, but that is exactly what is depicted in American Soul, the BET series inspired by the life of the late Don Cornelius.

Season 1 slipped quickly into how Cornelius (Sinqua Walls) put together his legendary series, complete with musical performances by perfectly cast guest stars (Kelly Rowland using her own strong voice and doing all of Gladys Knight’s moves and Michelle Williams as a very cool Diana Ross) in between all the drama.

That drama included facts mixed with the fiction behind the scenes, specifically Cornelius’s alleged underworld ties (represented with relish by cast member Jason Dirden as Gerald, a cold-hearted gangster trying to go straight), inner-city teens with big dreams (represented by big-voiced Katlyn Nichol, Christoper Jefferson, and Jelani Winston), the essential TV show assistant caught between her own private dreams and being a loyal wife and breadwinner (Iantha Richardson), the war widow and good mom who still has singing dreams of her own (Kelly Price), and the wife Cornelius leaves behind (Perri Camper).

Season 2 continues in this vein with all the main characters back and each episode filled with action, violence, pathos, romance, and lots and lots of dynamic musical performances.

The second season promises plenty of both with guests that include Melanie Fiona as Chaka Khan, Ledisi as Patti LaBelle, Demetria McKinney (Motherland: Fort Salem) as June Pointer of the Pointer Sisters, Darius McCreary as James Brown, and Hudson Thames as Elton John, one of the few white crossover stars featured on the show.

Spliced between these performances are new plot developments and continuing stories from last season all seemingly rushing towards their inevitable ends. At a quick glance, one could compare American Soul to FOX’s recently cancelled series Star or even Smash and Nashville. Except, Soul is compelling and entertaining without the soap-like unbelievability of Empire or sentimentality of Star. And while Smash and Nashville emphasized the make-it-in-showbiz aspect, the story here is still about Cornelius and his own self-destructive tendencies.

No longer able to hold his long-distance marriage together and miles away from his sons, Cornelius is looking for love in all the wrong places. Unable to find it, he tightens his grip on the only thing he truly feels is his: Soul Train.

Like last season, Season 2 continues to show how much of a fish out of water Cornelius remains in Hollywood, where deals are done over lunch and everyone smiles — until they don’t.

Cornelius knows he has a good thing but doesn’t know how to manage it or when to let go. The fact that we already know how the story will end makes it all the more tragic. Yet, like a car wreck, you can’t look away.

Perhaps because he thinks he can handle him, Don grows even closer to his mafia-aligned pal Gerald (Walls), while another well-known character meets a violent end. Typically, last season’s cliffhanger turns out not to be what anyone thought.

Don’s health continues to slide downward, although it’s unclear whether most of it is psychosomatic and due to stress or if, by the time he left his previous careers of working at the post office and later as a Chicago policeman, his body was already in a weakened state when he gets his dream.

SPOILER ALERT: Those waiting for aspiring soul diva Simone to mourn her beloved JT (Christopher Jefferson), last seen being stuffed into the trunk of a car after being stabbed by the crazed army private Nate Parker (Shannon Wallace), may have a long wait. There might not even be a need for mourning.

Meanwhile, despite a long arc last season involving Tessa (Richardson) and her policeman hubby Patrick (Phillip Mullings) quest to save their marriage and have a baby, it looks like the classic ballet-dancer-turned-Cornelius’s-assistant is single.

Tessa dismisses the whole thing with a flippant, “He left and I decided I didn’t want a baby after all.” All this after both agreeing that she could pursue her dancing and then coming to the realization that they could even adopt a baby.

Either this is a little too convenient a dismissal, or later we will get to see the backstory of what really changed.

The second season is set two years later in 1975: a time near the end of the Vietnam War, the Black Power movement, and a lot of great R&B and soul music dominating the music charts.

Finally, costume designer Rita McGee makes the clothes sexy and colorful without ever being cheesy.

A Quick Cell Chat with Stephanie Charles of ‘Ruthless’