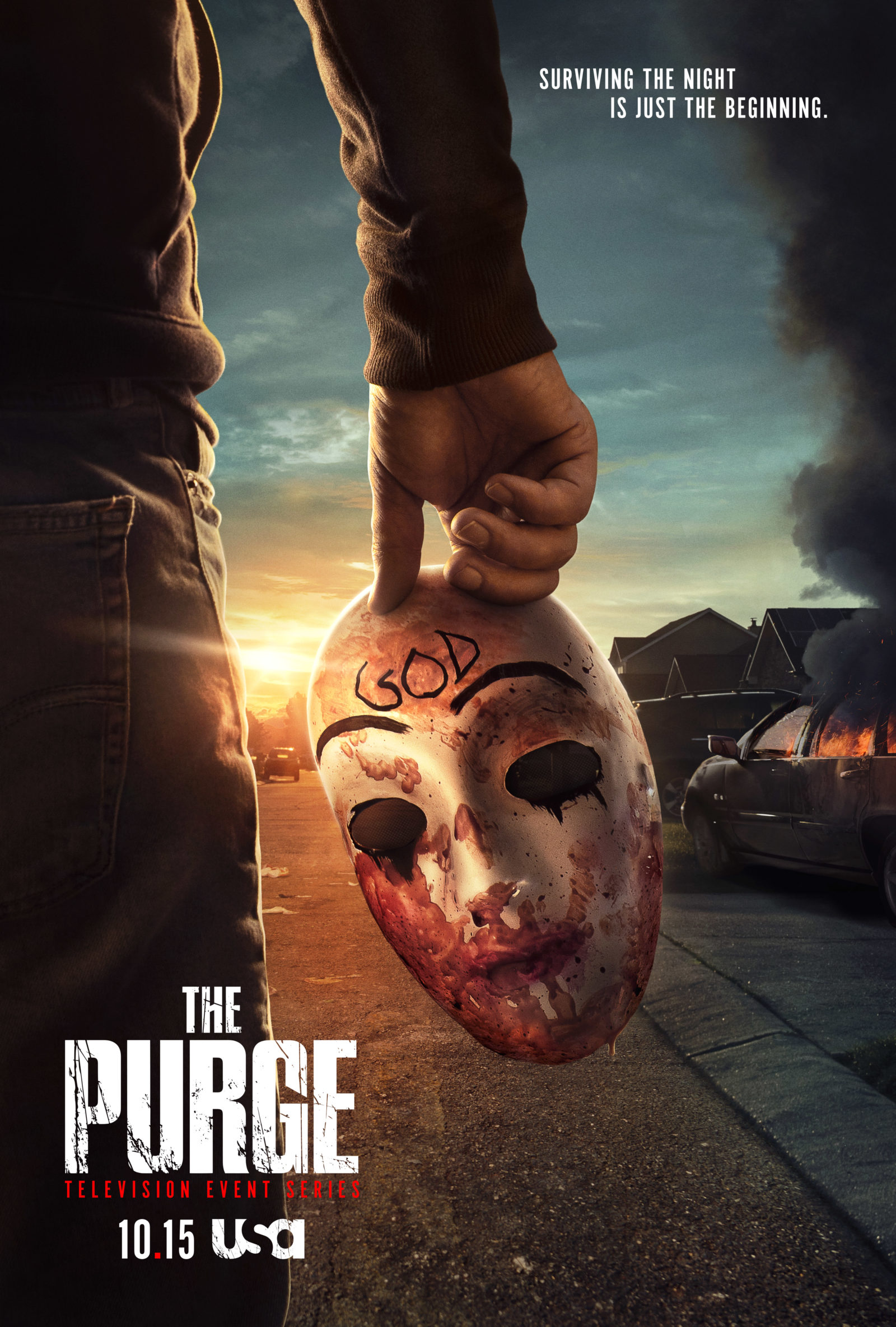 The USA Network hit The Purge is back for its sophomore season just in time for tricks and treats during the month of Halloween.

Based on the hit movie franchise, The Purge revolves around a 12-hour period when all crime, including murder, is legal. Season 2 explores how a single Purge night affects the lives of four interconnected characters over the course of the ensuing year, all inevitably leading up to the next Purge. From Blumhouse Television and UCP, the second season of the anthology series opens on Purge night but dives deeper than ever before into what the Purge world looks like the other 364 days of the year.

The Purge Season 2 is executive produced by the film franchise creator James DeMonaco, who executive produces along with his partner for Man in a Tree, Sébastien K. Lemercier; Krystal Houghton Ziv, James Roland, Tim Andrew, and Jason Blum. Additionally, Michael Bay, Brad Fuller, and Andrew Form, from the film franchise, serve as executive producers under the Platinum Dunes banner, as does Thomas Kelly. The series is a co-production between Blumhouse Television and UCP. Season 2 stars Derek Luke (13 Reasons Why), Max Martini (Pacific Rim), Paola Nuñez (The Son) and Joel Allen (Never Goin’ Back).