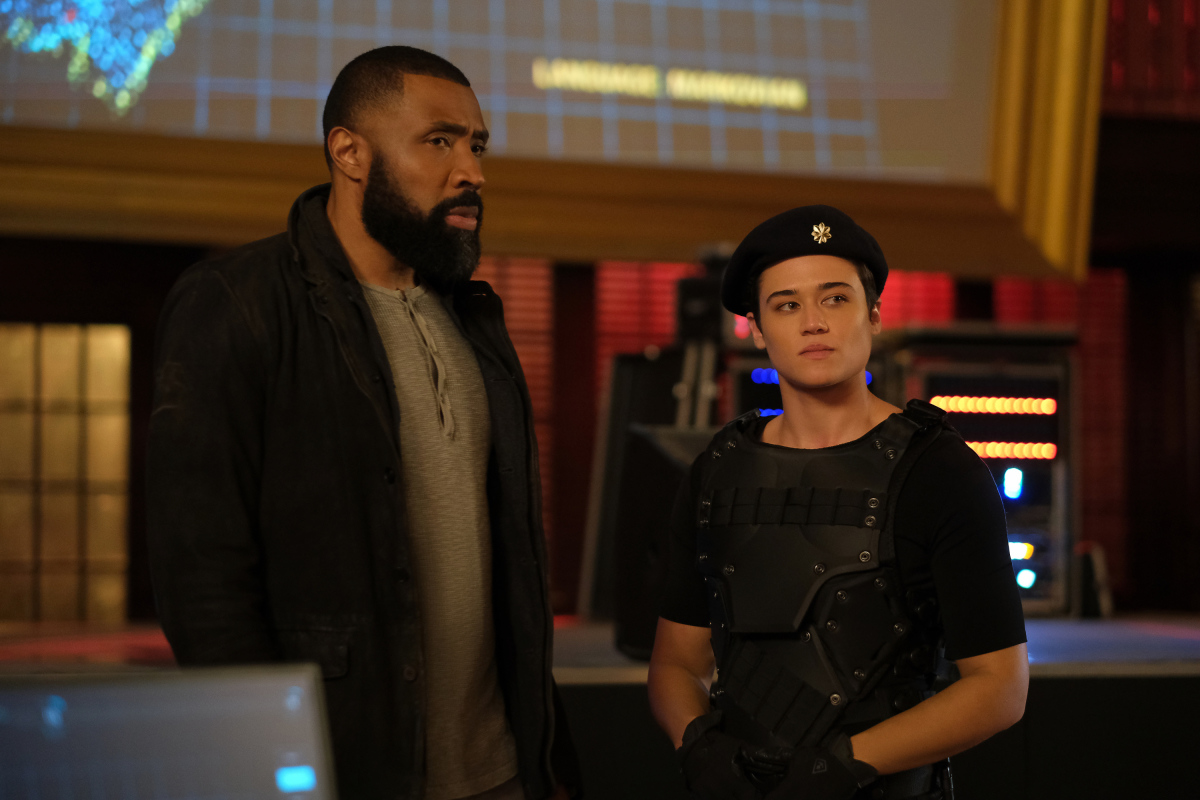 Black Lightning Season 3 has been stellar!

The storyline has taken on an institutionalized genre feel, and it has caused some serious issues for our favorite family, the Pierces.

This season we find Freeland under martial law by the government. The secretive government organization ASA has illegally experimented on the citizens of Freeland for over thirty years, which resulted in the creation of several meta-humans, including Black Lightning. In Season 2, the show planted all the necessary seeds that have the Pierce family in the Season 3 conundrum:

At the top of Season 3, the ASA has planted the seed that they are the “institution” that Freeland must trust to fight the threat of the Markovians by any means necessary. The ASA believes in putting the group ahead of the most basic of human values (i.e., putting metahumans, including children into cages). The Pierce family wants to save the city, and they are fully aware that the ASA is sketchy and corrupt, but there’s one problem. The big bad Agent Odell (head of the ASA) has done an exquisite job of isolating the members of the Pierce family from one another. I would like to further examine the initial actions that Lynn, Jefferson, and Anissa individually took to fight the institution.

Lynn Stewart’s approach is to work within the system to achieve the acquired change that she desires. Due to the evil nature of the ASA and Lynn’s constant work with them, it is easy to write her off as a sellout not only to her community, but to her family full of metahumans. However, that judgment is an overly simplified way of viewing her character choices (or this is an overly complicated way of examining it, either way). Lynn’s idealistic nature ultimately gets the better of her, and she finds herself on the common trope of “the road to hell is full of good intentions.” However, it can be easily argued that if Lynn were not working with the ASA, many more metahuman lives would have been taken and the conditions for the people of Freeland would have been worse.

Lynn’s approach of infiltrating the system to spark change is akin to historical and current political figures, who have joined forces with organizations and systems that have negatively impacted people in hopes of sparking change or, at the very least, making the world a better place.

Jefferson Pierce trades his freedom to the ASA for the “guaranteed” protection of his family. His approach is very much the approach often heard: “conform or be crushed.” He stays within the ASA’s care and he uses his powers to fight alongside the ASA as he helps discover intel for them. However, this is a choice that is made purely for the protection of his girls. When he leaves the ASA’s care, he takes a strong stance against the injustice plaguing Freeland. Jefferson adopts a bit of the “turn the other cheek” mentality and gets pummeled by the ASA guards in the process, thus further separating him from the ASA. It took Jefferson a while to join the rebellion, but after the death of a Garfield student, Jefferson can no longer straddle the fence.

Jefferson’s approach involves a lot of critical thinking and patience that can sometimes be annoying and misrepresented in society. In real life, when events happen that can seem so obvious about what is right or what is wrong, we tend to quickly hear some version of the sentiment, “if you don’t stand for something, you fall for anything.” However, the reality is, individuals do sometimes need time to grasp and understand what is happening before deciding what is best for them.

Anissa’s approach is much more impulsive and showcases her youth compared to her parents. She creates a dual secret identity as Blackbird and begins to lead the metas through the ASA perimeter. Due to her secret identity and extremely dangerous activities with freeing the metas of Freeland, she and Jefferson’s relationship goes through a rough patch. The strife in their relationship is pushed even further after Anissa loses her powers during an escape run gone wrong. However, after Jefferson helps Anissa by helping Grace escape to safety, they seem to patch things up rather quickly.

Anissa is the easiest person to root for out of the three; she sided with what the audience views as right from the beginning. However, Anissa has the least amount of factors and “things” to lose when it comes to making choices about how to stand up to such a macro entity, such as the ASA in times like that.

Ultimately, I have really appreciated all the nuance that Season 3 has shown when dealing with an institutionalized problem. It mirrors our current political and social state at the moment. Black Lightning does a great job this season of character examination and exploring the complications that people and society often have without placing too much judgment on the beloved characters.