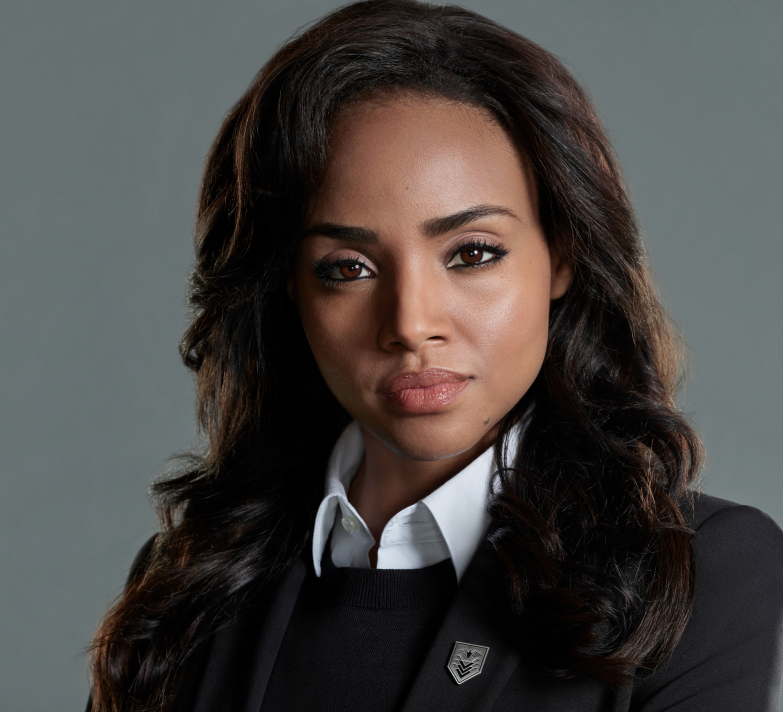 If you’re not already familiar with CW’s Batwoman, it’s time you got up to speed. It’s not only Kate Kane in the streets of Gotham kicking ass and taking names — Sophie Moore, played by Meagan Tandy, is a martial-arts expert and member of the Crows.

Sophie Moore is a force to reckoned with and holds her own in the new CW series Batwoman. Depicted by actor Meagan Tandy (best known for her work in Teen Wolf and Survivor’s Remorse), Sophie shares a complicated past with Kate Kane and an even more complex present that builds an intense story arc between these two.

Meagan Tandy is a self-declared Batman fan and was excited the moment she got the role of Sophie Moore. Sophie is a canon comic book character but had a short stint in the Batwoman universe. The adapted TV version of Kate Kane’s story has a more fleshed-out role for Sophie, and Meagan will be the first actor to bring this character to live-action to television.

BGN sat down in a one-on-one interview with the actor to discuss more about her character, doing stunts, and who her favorite Batman is.

So please share with our readers: Who is Sophie Moore?

Sophie is one of the top agents for a military squad called the Crows. She is second in command right under Jacob Kane, who is Kate Kane’s father. Sophie and Kate have a relationship path that they had when they were in military school. They broke up very abruptly and with absolutely no closure. Sophie is actually the reason why Kate has come back to Gotham. Sophie was kidnapped by the Wonderland gang.

Sophie has a very complicated relationship with Kate that is wrapped up in forbidden love and society’s ignorance of same-sex relationships. Would you say is there more to Sophie’s disconnection to Kate?

Absolutely. Hopefully, people will be tuning in each and every week. They’re going to actually get a chance to explore that with Sophie. Because of course, there’s just the whole thing of being LGBTQ and not being sure or confident enough, if she should go that route, because she’s trying to fit into society standards. But there’s also being a Black woman, as well as most of the challenges of the human experience, having to do with even just that.

I want to kind of touch on representation a little bit. We’re now seeing more Black LGBTQ characters in these comic book shows. We saw that with Nafessa Williams’s character on Black Lightning, and now we’re seeing that with your character on Batwoman. What do you make of all of this representation that we’re finally getting to see?

It’s a great thing. One thing that a lot of people have said to me is how in, in some sectors, it’s still a taboo for Black people to be even a part of the LGBT community. There are always arguments like, “Now you’re gonna put one more label on yourself to give society a reason to not trust you, to not hire you, and to not accept you.” When you’ve got characters like myself and Nafessa, and we’re on popular comic book TV shows, I think it’s a great thing. I’m hoping that it will help me to change people’s perception of what it is like for Black people in the LGBT community. I’m hoping that we can inspire and motivate other people who are just like us.

Sophie has military training and perhaps may have more than Kate since she finished and Kate didn’t. Can we expect to see more of her in combat training in action this season?

Absolutely. In fact, that’s actually one of my favorite things about the entire thing. I love doing the stunts and the fight sequences. I’ve got a wonderful stunt double up in Vancouver, Rochelle Okoye. She does a wonderful job. Anytime that I’m working I say, “All right, girl, you go on and jump in, and drop 30 floors off the thing.” I now know how to dropkick somebody. It’s honestly so much fun because it’s also a workout, and I love to exercise. Aside from the acting, which I love to do, I love to be able to just speak and use my voice.

So you mentioned you do have a stunt double. You’re not doing any of your own stunts on this series?

For the most part, no. Anything that involves some highlights like rolling off the side of a car or being dragged, I usually just let Rochelle do it. They’re really great up there in Vancouver. Sometimes I’ll actually say to Rochelle, “No, girl, I got it.” Because it’ll be something as simple as in the first episode. Obviously, somebody else went over the railing. I didn’t go over the railing. We had a stunt double do that. Better to play it safe. I’m not properly trained to be able to do anything beyond that. Let the professionals do it.

What’s been the most exciting part about playing Sophie?

There have been so many things. I’ve been such an avid Batman fan since I was so young. The fact that I get to play in the Gotham world has been absolutely amazing in and of itself. But a really cool thing, too, is, Sophie wasn’t in the comics in a large way. She and Kate split off after military school; they went their separate ways. So the really nice thing about CW version of this is they’ve given Sophie a complete platform. This is a character that is now in the world of that woman. I’m literally the very first person to be able to put this up on screen. I’m able to kind of give it my own little spin, and I can be really creative with how I want to do it.

Is it true that she was also a woman of color in the comics?

That’s awesome. I hope that because of your presence on the CW show that they’ll bring her back into the comics and give her a fleshed-out storyline.

If they were to do it another way, if they were to continue in the comic world, I have a feeling Sophie will probably pop up a little bit more as a result of this show. At least that’s my hope. So we’ll keep praying on that one.

Thoughts on the Birds of Prey trailer?

I have not seen the trailer. However, I know how incredibly awesome and important it is that there’s going to be crossovers, which everyone’s really, really excited about. Just hearing that it’s going to be amazing, but I actually did not get a chance to see the trailer.

And what do you think about the movie as a whole, just seeing these women crime fighters on the big screen and more women roles that are being adapted into these big screen comic book heroes?

Honestly, I think it’s really awesome. You know, it’s funny, I was doing an interview earlier today and somebody was just talking about the world of Gotham and how people usually associate me being such a major Batman fan. We’ve got a female villain and female love interest to other women. I think this is a great thing. It’s showing that we are moving in a direction where there is more inclusivity and more diversity. I think it’s great for our youth to be looking at us. So I love it.

You mentioned you’re Batman fan, so I have to ask: Who is favorite Batman of all time?

Oh, my goodness. It will always be The Dark Knight’s Christian Bale. I love his depiction of the role. I thought that man had it going on. I was like, “He can save me any day.” He did a great job.