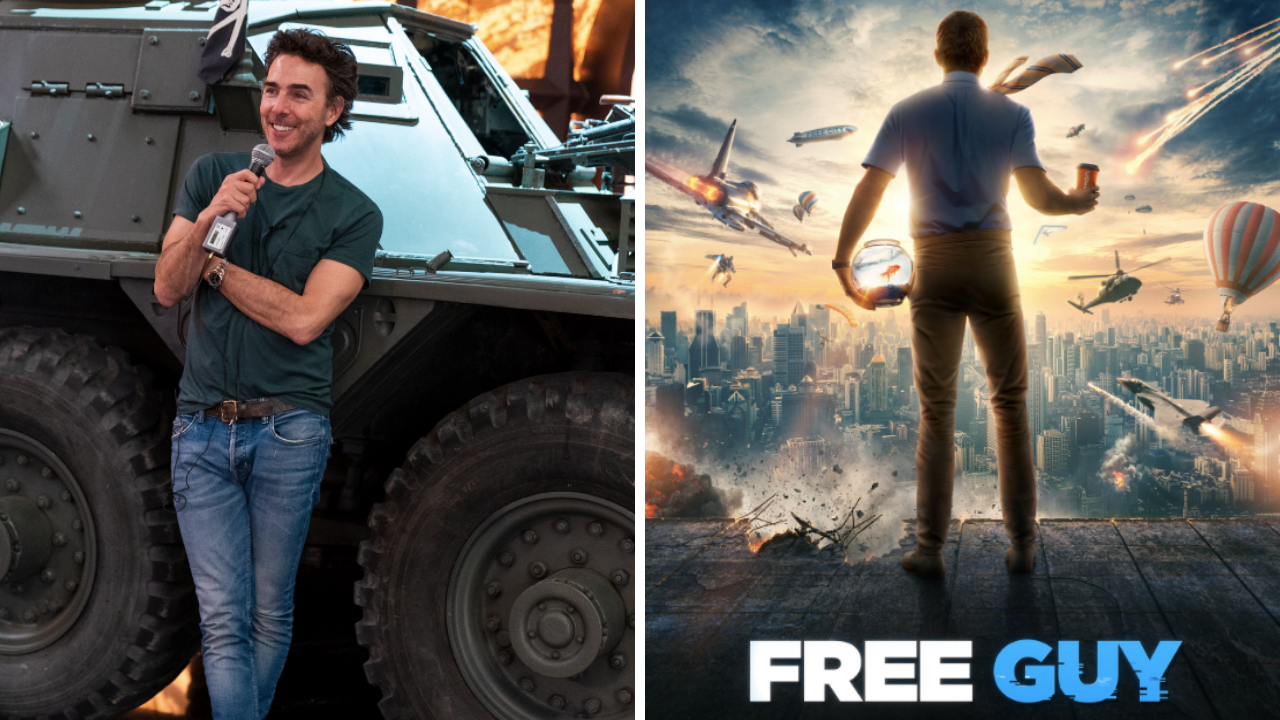 In the magical city of Boston, where anything seems possible, this lonely writer finds himself in the orbit of a powerhouse: the director Shawn Levy. In an exclusive interview, he tells me a few things about his new project and even gives a little taste of what we can expect from it.

This is no average venture for this accomplished director. Down the street from Boston in New York City, the Gay World Pride 50th Stonewall parade was in full swing, with bright colors and people from all over the world gathering in one location for a spectacular event. So naturally, I was dressed to kill for my interview with Levy in Boston. With my signature distressed jeans so distressed that they would be considered inconsolable, a somber navy-blue shirt, and a pair of vintage shoes, I was ready to meet the director.

My outfit was a perfect contrast to over-opulence that was Boston. The Boston cool summer day could not have been more gorgeous. Shawn Levy, who is a Canadian producer and director best known for his latest triumph, TV’s Stranger Things (2016), which is still going strong. I had the privilege of speaking with him in an exclusive in-person interview about his latest video-game based phenomena.

What can you tell us about this new production?

You know that the player avatars in Free City are more Fortnite than GTA in terms of costumes. While some of our player avatars looked like, you know, real world gangbanger type looks, a lot of the costumes we designed are from scratch and much more conceptual. So everyday it’s what people imagine a movie set is like. We have a dozen people in these costumes. I think we ended up designing 47 different avatars.

The idea is that, as we said, there’s a very deadpan approach to the background wildness. There’s an NPC was on fire the whole movie. He’s just running around on fire. We decided early on, for a lot of the effects we wanted to do it for real. So we have this man on fire, who just runs through the background of frames half a dozen times in the movie. At a certain point in the movie Guy realizes that if he wants to talk to this woman he is going to have to level up, because he is only on level one.

What can we expect from Ryan Reynolds’s character, Guy?

What is the tone of this film? It is Ryan Reynolds, so I know it’s going to have his personality in it.

Yeah. So you’re gonna see a scene where Guy puts the man on fire out of his misery. But because it’s Free City and because it’s Ryan Reynolds humor, we see that man on fire hug Ryan gratefully. Ryan’s face lands with the look of contentment and gratification. Man, now extinguished, runs off free as a bird only to get shot in the head by another character. That’s kind of the tone of a lot of the movie.

Since we know that Guy is attracted to Molotov Girl and she exists in both the real and virtual world, does his character ever understand that aspect? Or is it just a superhero movie in a video game?

At a certain point, you know, the arc of Guy’s character is he realizes his world is a game and that he can gain mastery over that game. But then he’s confronted with the kind of existential tragedy that he himself is artifice. He himself is zeros and ones.

How real is this game in connection to our understanding of video games? Can Guy be killed?

He can be killed, and he can gain life again. But at a certain point, there is a circumstance where he would lose his memory of ever having been alive. That would be cataclysmic.

I’ve wanted a shot that would be kind of emblematic of the intensity of Guy’s world. This is the moment where he decides he’s going to level up in our game. So in the film, you’re gonna see Ryan (Guy) step into frame. We see all kinds of action around him, and at the end, he puts on his glasses because he’s now decided to level up. I would be shocked if this doesn’t appear in a trailer at some point before you run your articles. We shot this and it took about six hours because we didn’t want more than one digital effect. The shot starts with an Apache helicopter on fire having just been hit with a missile. It flies into this canyon of buildings, where it splatters in a massive fireball against the building and the debris falls down and it’s all within one 360 shot. We come down and there’s Ryan from the background, there’s a police pursuit pop up, and he’s shooting back at the cops.

When it comes to interviewing Shawn Levy, a distinctive characteristic is Levy’s voice. His cheerful disposition mixed with his playful tone makes you feel like you’re already friends. With these new ideas in mind, I cannot wait to see what more the mind of Shawn Levy has to offer. I am now more than excited to bring my gaming buddies to this must-watch film. I mean, it was directed by Levy. What more could I need to know about the film to be enticed to watch it?

Check out the trailer below for Free Guy in theaters Dec 11th.