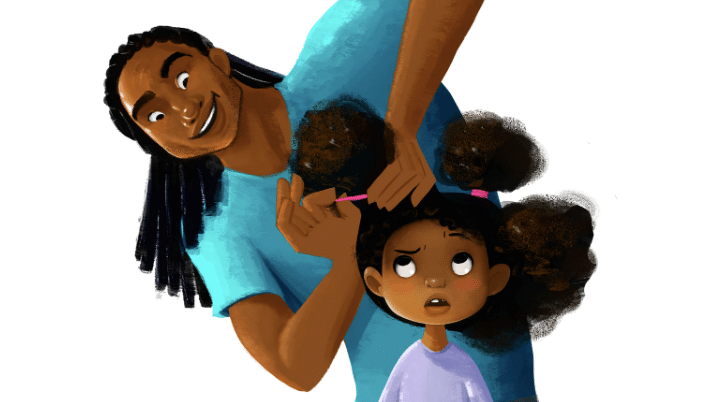 The film short film “Hair Love” is finally making its debut in theaters exclusively alongside The Angry Birds Movie 2.

“Hair Love” is a heartfelt animated short film that centers around the relationship between an African-American father, his daughter Zuri, and the most daunting task a father could ever come across – doing his daughter’s hair. The short, a passion project from Matthew A. Cherry, will be making its theatrical debut in North America on August 14th, 2019, playing in front of The Angry Birds Movie 2, from Sony Pictures Animation and Rovio Animation.

Directed by Cherry (executive producer, BlacKkKlansman), Everett Downing Jr. (animator, Up, WALL·E), and Bruce W. Smith (creator, The Proud Family, animator, The Princess and the Frog), “Hair Love” is a collaboration with Sony Pictures Animation that was launched as a Kickstarter campaign in 2017 with a fundraising goal of $75,000. Strong support led to the campaign amassing nearly $300,000, making it the most highly-funded short film campaign in Kickstarter history.

“To see this project go from a Kickstarter campaign to the big screen is truly a dream come true,” said Cherry. “I couldn’t be more excited for ‘Hair Love’ to be playing with ‘The Angry Birds Movie 2’ in front of a wide audience and for the world to see our touching story about a black father trying to figure out how to do his daughter’s hair for the very first time.”

“This is such a special story that means so much to us,” added Ramsey, “Matthew has rallied an insanely talented group of people to get this short made, and to be able to share it with the world is a gift. We hope that audiences can feel this team’s dedication up on the big screen, we are incredibly proud of it.”

The picture book “Hair Love” was released by Kokila Books/Penguin Random House releasing on May 14, 2019, and became a New York Times Bestseller.

What Hair Love Means to Me