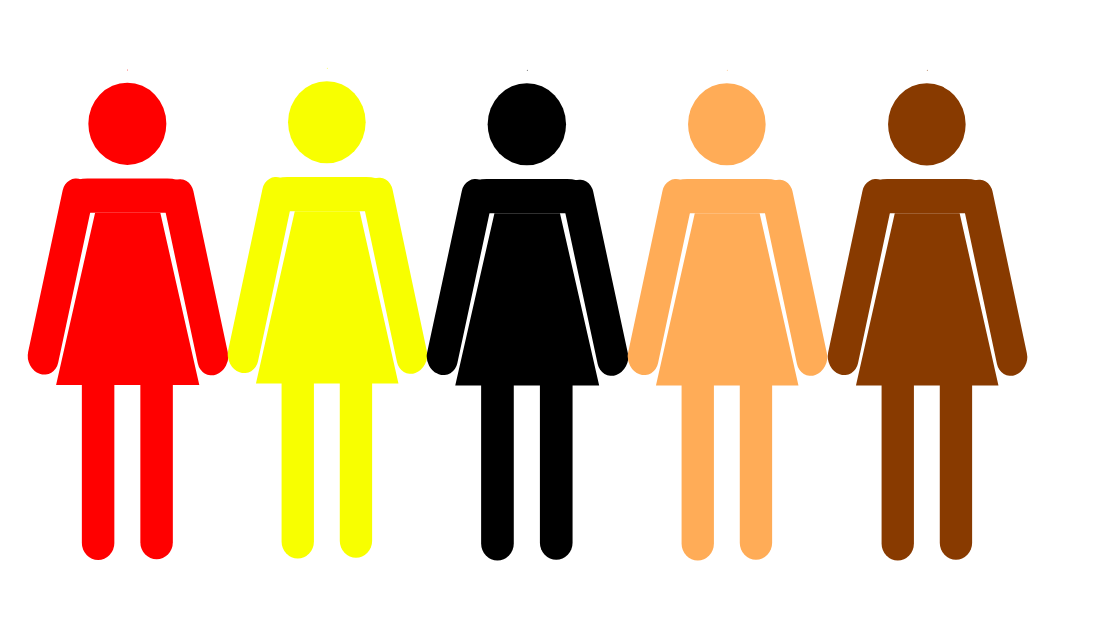 The term women of color is universally accepted to describe non-white women, however, there are critics that believe we should get rid of the phrase.

Listen, I understand why people like to use the term people of color. It replaces the archaic ways of referring to Black people (ex. “colored people”) with something that feels more sensitive and agreeable.

On the surface, it seems to create camaraderie between all non-white people. You may be the only Black woman in a room, but if there’s someone else who shares a non-white background it can feel a little less lonely.

However, despite the illusion of camaraderie that often appears between non-white peoples, the term people of color does no favors for Black people.

NOT ALL PEOPLE OF COLOR ARE AFFECTED PROPORTIONATELY BY WHITE SUPREMACY

People of color is a blanket statement that attempts to tame Blackness; to water it down and lump it in with everyone and everything who isn’t white.

Not only does it accomplish the unnecessary task of making our Black identity more palatable to white society, but it also forgets to address the very important truth—all non-whites are not the same. In fact, we’re not even similar.

The only thing that unifies us is the fact that we are not white. Still, Black people’s struggles with representation, institutionalized anti-Blackness, colorism, police brutality and more are specific issues that affect the Black community in a unique way. And addressing these topics half-heartedly doesn’t help them.

While Black people may not be the only community affected by high incarceration rates or police brutality, we are the only group that faces these issues to such a high degree. We are the only group whose downfall was specifically designed by the system (ie. White supremacy). And while other groups may face lower income rates and higher unemployment rates than whites, it only does a disserve to Blacks and other groups to pretend as though all these issues share the same level of severity.

THIS IS NOT A GAME OF THE OPPRESSION OLYMPICS…IT IS A FACT: EVERYTHING THAT AFRICAN AMERICANS STRUGGLE WITH TODAY IS SOMETHING THAT WAS INTENDED AND DESIGNED.

Ahmed Olayinka Sule wrote an article titled “racism harms Black people most. It’s time to recognize ‘anti-Blackness’, in which he correctly stated, “A one-size-fits-all approach to discrimination fails to grasp its impact on different minorities. Anti-Black racism should be classified separately.”

Tolani Shoneye summed it up perfectly in her article on Independent: “Yes, all ethnic groups face discrimination and have to deal with racial stereotypes, but it is not the same as being Black, or a Black woman. My struggles are not theirs and nor are my achievements. We have different battles.”

Joshua Adam wrote on Medium and identified the heart of the issue which is that when people speak about issues that affect so-called people of color, they usually mean to say: “this issue affects Black people most directly and disproportionately, but other non-white people are affected too, so we need to include them for people to listen.”

Adam reveals that saying person of color when meaning “Black people” is something that is done because people don’t care enough about issues that simply pertain to Black people. We have to create a metaphorical marginalized group that is “less Black” so that more people start to care and have empathy for the issues at hand.

THERE IS NO TRUE ALLYSHIP AMONG PERSONS OF COLOR

It’s not a generalization to say that Black people care more about non-Black issues than we care about issues that directly affect us. We feel an almost delusional kinship to non-Black people of color even when they’ve made it clear that they hold no allegiance to us and will undermine and occupy our spaces when it benefits them (we’re looking at you Bruno Mars!). Blackness is the antithesis of whiteness, so trust that in a white supremacist world like ours, anti-Blackness is rampant and thriving even within spheres of non-Black people of color. It is to the point where we cannot align ourselves comfortably with all people of color without acknowledging this fact first.