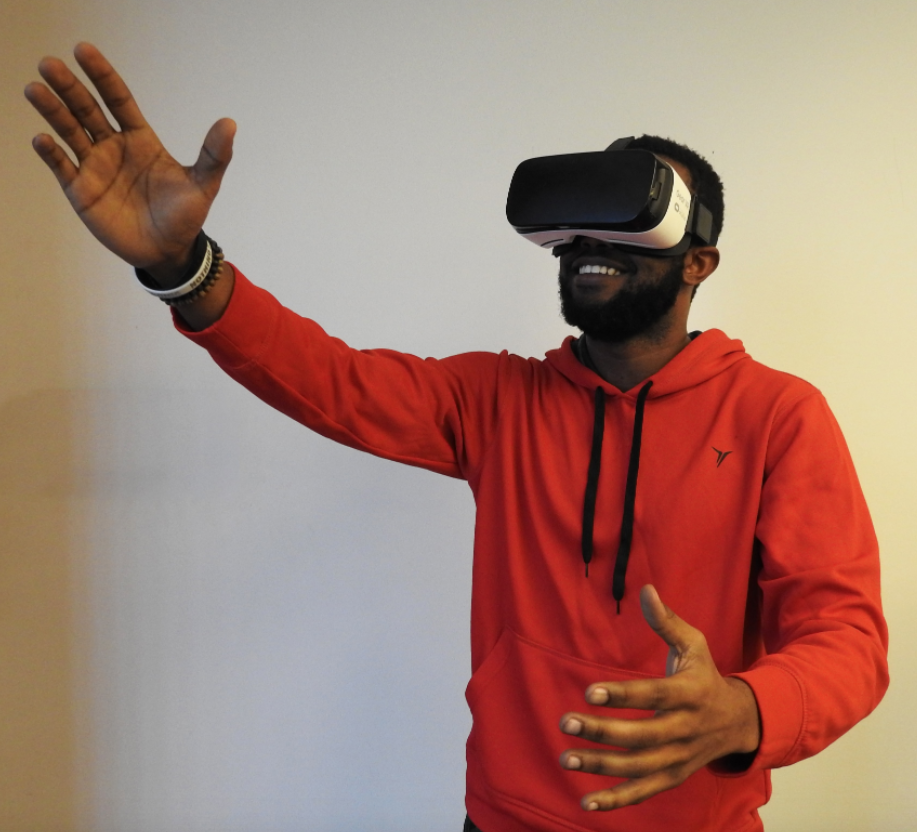 When I first heard the term, my mind immediately envisioned this:

Besides, who wouldn’t have? Most words that end in “verse” are usually a pre-indicator for chaos, an astronomy class, or a seriously good movie.

So, what’s the lesson here?

You never know what to expect, which is the perfect segue for what we’re about to discuss next:

As the prefix may indicate, there’s only one guy who could be behind this trendy buzzword …

Honestly, I’m surprised Elon Musk didn’t beat him to it, but this is right on brand for Mark Zuckerberg.

Over the years, human interaction has become increasingly interconnected with technology.

Feeling hungry? Don’t you dare lift anything more than a finger. Hop on an app and get ready to have your next feast delivered straight to your door.

Feeling lonely? Stay where you are! Hop on an app and get ready to mingle.

Feeling idle? No need to go outside. Hop on an app and get ready to build your own virtual village with some furry friends to keep you company (I’m looking at you, Animal Crossing 😘).

Feeling bored? Movie theaters are for boomers.  Hop on Netflix and chill, my friend!

Side note: That last one was a test for my fellow blerds, and you better not be waiting for a movie to hit a streaming platform! As a nerd, it is your duty to see movies on the big screen and experience it with fellow die-hards. Get out of your room right now!

With that said, the pandemic pulled a Thanos on us.

It snapped away our reality and immediately altered how we move forward in society.

Sadly, I can’t reverse this. I know that the traditional ways of connecting with people are halfway out the window at this point.

But what’s critical is that when tech and social media evolve, people are prepared, well-informed, and empowered to participate.

I don’t know about you, but I’ve had it up to 🤏🏾 with these surreal tech trends that no one really cares to explain in clear-cut manner or in a way that is easily open for interpretation.

What the heck is the Metaverse?

The Metaverse is a virtual reality (VR) world that is designed to exist parallel to the real physical world. Zuckerberg essentially wants to bring the internet to life in 3D, and users would be able to communicate, play, and even shop in marketplaces.

By the way, if you haven’t seen Free Guy, it is a must-watch! It was so much fun and Ryan Reynolds was, well, Ryan Reynolds!

More importantly, the movie was a great visual adaptation of the open-world reality that Silicon Valley has been whispering about for years! Check it out on HBOMax or Disney+.

Now, picture the visual above. Zuckerberg’s goal is to mirror a virtual world similar to this (without the evil villain and uprising of its central characters 😅). You would be able to play games, eat, create a home, etc.

However, in its current stage, Metaverse looks a bit more like this:

Reminds you of The Sims, doesn’t it? 😂 You’re not alone there!

First, we need to backtrack because I know what you’re probably wondering.

“Why would I need the Metaverse?”

“Why wouldn’t I just go outside and connect with real people?”

“Why wouldn’t I attend a live concert in person?”

“Why wouldn’t I hop on a Zoom call with a coworker?”

Now, let me ask you a question.

For many of us, Zoom was never our main mode of communicating with coworkers, friends, or family. At least, not before the pandemic.

The pandemic shot us forward into an era that forced us to pivot to a more digital world.

You had to have virtual team meetings on Zoom.

You had to have virtual happy hours with your friends on Zoom.

We had to adapt to the quickest mode of convenience, so Zoom rapidly became the preferred software for coworking and social interaction.

Have you ever wondered why Zoom became so successful? After all, Skype was here first!

Back in the day, you had to do the most to join a Skype call. You had to create an account, set up your profile, add your contacts, and yada yada yada!

Zoom emerged victorious because it was easy to use, it was easily accessible, and there was a low barrier to entry. Mark Zuckerberg wants to do the same, and he’s not the only one.

The tech industry is becoming the driving force in our global economy, and Zuckerberg wants the Metaverse to be at the forefront of the tech wave.

How do you join the Metaverse?

Ever since Facebook started rebranding itself as Meta, Zuckerberg has been pushing his vision for its virtual reality platform called Horizon Worlds.

If you’re not familiar with VR, Oculus may not ring familiar. Oculus is a subsidiary of Meta that produces virtual and augmented gaming realities. They also produce devices for participating in these realities; i.e., VR headsets. Oculus’s premier line of headsets include Oculus Quest, Oculus Quest 2, and Oculus Rift S, and you would need these headsets to participate in Horizon Worlds. Horizon Worlds first became available to all Quest users in the U.S. and Canada in December 2021.

Obviously, most people don’t have an Oculus headset.

Heck, there are people who still don’t have everyday access to the internet, let alone a VR device, so Metaverse is urgently looking at solutions to boost accessibility and easy adoption.

Luckily, popular metaverses like Decentraland allow users to be a part of the experience with or without a headset. You can create an account using your computer, and it’s the first decentralized metaverse to be created and owned by its users.

Similar to Horizon Worlds, you would be able to create your own space that you can invite people to. Other users can also invite you to spaces they’ve created. Oddly, you can even buy land (with cryptocurrency) — more on that to come!

In these user-generated environments, you can network, go to concerts and live events, or work in collaborative spaces. The latter is what corporations are eagerly looking to explore.

If employees are already meeting for team updates via Zoom, what’s to prevent companies from creating a dynamic digital world (workspace) for employees to work and engage in?

Wheeew! I know this is a lot to wrap your head around because we’re talking about something we’ve never really seen or experienced before.

What’s next for the Metaverse?

Needless to say, Metaverse is still in the very early stages and has a long way to go.

At first glance, the Metaverse looks like a dystopian movie waiting to become reality, but that’s not what Meta and other virtual world creators want. These virtual realities want to intersect with your physical reality.

That’s why it’s important for you to be prepared and better-informed because there was a time in your life when you never would’ve thought about conducting interviews over Zoom, working remotely, or catching up with a friend who wasn’t sitting directly in front of you.

Yet, it all happened and here we are!

But, what do you think?

Is this a fad that we’ll forget about by next year or is the Metaverse here to stay?