Blerd. I’m not sure who coined the term, but I’m eternally indebted to them. Before then I  never had a word to quite describe my experiences living at the intersection of female, Black, and nerdy. With that, I have grown immensely into myself. I’ve become more confident in my interests, the culture of my people, and womanhood.

Being Black, femme and a nerd all my life has been frustrating.  While it’s been very fulfilling in many aspects, lately there’s something that’s been nagging me: the romance department, I can count the number of boyfriends I’ve had on one hand. I’m not really a romantic, and I’m not crying about being single. It’s just that baby/engagement/wedding season is among us and more and more I wonder when it’s gonna be my turn. Now at the age of 24, I just feel slighted. However, after talking to countless femme blerds on the internet I recognized I was not alone in this struggle. There are feelings of inadequacy that seem to loom over our heads. While we know that living in multiple marginalized identities is tiresome, we know that antiblack sentiments are the norm, being made even more visible than ever in the age of Tr*mp.

I am very proud of my Blackness; I spent a majority of my undergrad years studying the culture of my people. I’m hella proud being a nerd.  However,  I didn’t  always feel that way. Growing up,  I was an easy target as the awkward fat girl who talked funny. I  was having some issues at home and for a while during my teenage years, my family moved from neighborhood to neighborhood causing me to ultimately feel displaced and have trouble forging friendships. When life got unbearable, I  turned to the worlds of my favorite fandoms,  running through countless pages of manga.  At  my  high school,  nerd spaces were(What?)

In retrospect, it’s hard for me to reflect on earlier times because I remember so many points in my life in which I had always imagined myself to be prettier, lighter, or thinner as if being what I saw on TV would grant me a better life. Thankfully,  I found solace in older Black femmes who helped me recognize my worth, that Black women can be ratchet and intelligent at the same time. Aunties who rocked gold hoops who were hip the latest manga and anime series to the bookish nerds who were hip to trap. All the mockings I heard as  Black fat girl deflated my confidence but what I didn’t have in my teens I gained in my twenties. While I was able to find my strength, I know that that is not the case for everyone, even in the #blerd community.

The community I love is full of beautiful people. However, the ways in which we interact are not always the best. Even though we’re all different we come from various corners of the earth, we are united by the two identities of being Black and nerdy. There are some things that I keep observing while existing within nerd spaces. While it can be revitalizing being in a newly found safe space, even the most progressive spaces can fall victim to toxic behavior both online and offline. There are three culprits that hurt Blerd communities and can sever potential romantic /platonic relationships: anti-blackness, white supremacy, and woke misogyny.

Typically when looking for Blerd friends/partners, I find myself not actively seeking out these relationships but trying to join spaces that affirm my identity. I consider myself woke and I have a general understanding of race and gender. However,  many Black spaces,  even nerd spaces have prioritized Blackness over  LGBT issues and women’s  issues.

There was a facebook I group I joined months back that was a popular nerd space for blerds but it was hotep central.  The Black male nerds always posted hypersexualized images of Black women and spewed anti-women rhetoric. When women in the group expressed distaste about the subject matter,  they were always met with hostility. The men were clear on anti-racist views, but when it came to understanding the need for intersectionality within that space they were painfully dense.  Also,  some  Black male nerds (like white male nerds) act like gatekeepers to nerd culture, even though we see a prominence of nerd coded things in pop culture. Some men have hostility towards female nerds, who actually have a genuine admiration for these fandoms.

That experience disenchanted me from being in certain online spaces. However, I know that’s not representative of all spaces. The problem continues when these behaviors manifest in real life. I’ve  seen them both in my friendships with male blerds and dating them. Many of my male blerd friends either have some hang ups on not fitting the ideal version of Black masculinity, or they’re solely invested in dating non-Black partners, usually stating that Black girls think they’re “corny” or that there are no Black girls invested in nerd culture.

Many Black nerds make the assumption that  Black women are into “tagged” out guy, meaning  Black men that exude black masculinity in a performative way. If it’s not that, many black male nerds assume that  Black girls exhibit the grotesque behaviors seen in our most popular media, which people often view as actual experiences of  Black women and not stories crafted by racist media companies. I’ve heard many Black male nerds defend their dating choices by saying Black girls are “ghetto,” yelling about our aesthetic choice, and that Black girls don’t “understand” them, even though there are online communities that cater to Black nerd culture that features tons of dope girls.

A lot of Black male nerds have a chip on their shoulder, due to entitlement and rejection. With that being said many Black male nerds hold resentment towards exes or their idealized dream girl that rejected advances them. The two behaviors inadvertently manifest in behavior that is misogynistic but is disguised as “preference”. When I see Black male nerds exhibit behavior like that, I am instantaneously turned off.

Blend culture has to address misogynoir and understanding of Blackness within.   Many of us seek refuge in  Blerd spaces because often we are subjected to being berated in predominantly white spaces for existing as Black individuals. You can be Black and nerdy. You can even date outside of your race. However, if you don’t unpack your relationship to your Black identity, you are likely to perpetuate harmful stereotypes by projecting false perceptions.

When I was 19 I dated a friend of mine who was into the same nerdy shit I was into. We were young and we were feeling each other. However,  things started to change once we got more serious. He was insecure with my status as a nerd, which caused him at one point to be jealous every time I would be in spaces where the majority is male. He then began to feel inadequate and started making assumptions about my status being a nerd. He conflated me being invested in things that are coded as masculine as a threat to his own masculinity. The perceived threat was that me being a nerd automatically made me more attractive to men which created competition for him.

Luckily, I left him before things got too deep. However, when many of my ex’s insecurities line right up with some of the behaviors I see exhibited online, I cannot help but feel a tad bit weary. As  Black woman, I  am judged by most visible identities, but if those are deemed threatening where I am supposed to go?  If men exhibit those toxic behaviors, who am I supposed to engage with? Yes, other women and gender non-conforming spaces exist in  Black nerd spaces, but most are still male-centric.

So what does this mean for Black femmes like me?  Recognize your worth whether you are pursuing or being pursued by a Black male nerd.  Make sure that he doesn’t  want to assert his masculinity by subjugating you, and this goes for friendships as well.  Keep in mind that my personal experiences with blind dating are gonna be different from your own, so don’t let my anecdotes dissuade you. I  know that  I’m fly and that I have lots to bring to the table.  When I say that I’m single  I’m not saying that as a negative thing. I am not actively pursuing a relationship at the moment, but as someone who will be in the future, I have growing concerns.  In the meantime,  I try to find myself with nerds of color by establishing friendships online and offline. I do what make me happy, I work on my inner life. I try to be as positive as possible.

I  know that this world where antiblackness is the norm, and Black womanhood is a commodity I try to reinforce my self-worth with affirmations that honor my Blackness and femininity. 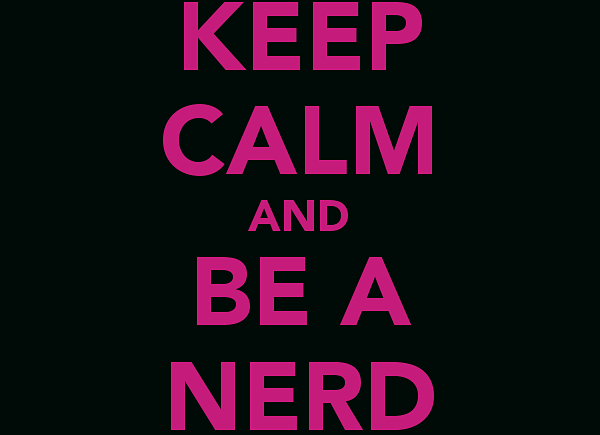 The reason I am writing this is to remind Black Girl Nerds that we are brave, beautiful and worthy of being loved holistically.  We shouldn’t  settle or engage with Black nerds who have color complexions or internalized anti-blackness. We have the power to transform our spaces into positive ones that do not mimic the spaces of our oppressors. Our singleness is not a hindrance or marker of unattractiveness.  Even when the world tells us that our Black is ugly, disregard it because we know that Black is eternal.

Remember that Black female nerds are gaining prominence in the media and are crafting positive/realistic portrayal of  Black nerds and Black people of all walks. Remember that your skin, hair, and body are divine. What I want you to know is that when you see  Black male nerds fetishize non-Black girls due to their internalized anti-blackness, remember it’s their loss. Also, know that these guys are not treating them with respect. What I want you to do is continue to be your best self. Recognize that even though nerd is an alternative culture, we are still Black at the end of the day.  There is no special snowflake syndrome, that mindset does more damage to our interpersonal relationships whether platonic or romantic.

SO if there’s  a Black male nerd in your life whether that’s  potential bae or someone you care about to hold them accountable for their shit. Being a  good accountability partner means call them out when:  they make color struck remarks,  engage in behavior rooted in misogynoir, or try to perpetuate toxic masculinity.  Black spaces online and offline should be full of Black people try to undo the horrible rhetorics that were taught to us to make us feel like lessers. I am unsure if that’s a political statement but whether we are lovers or friends I am not about to be undermined by toxic notions of what I should be.