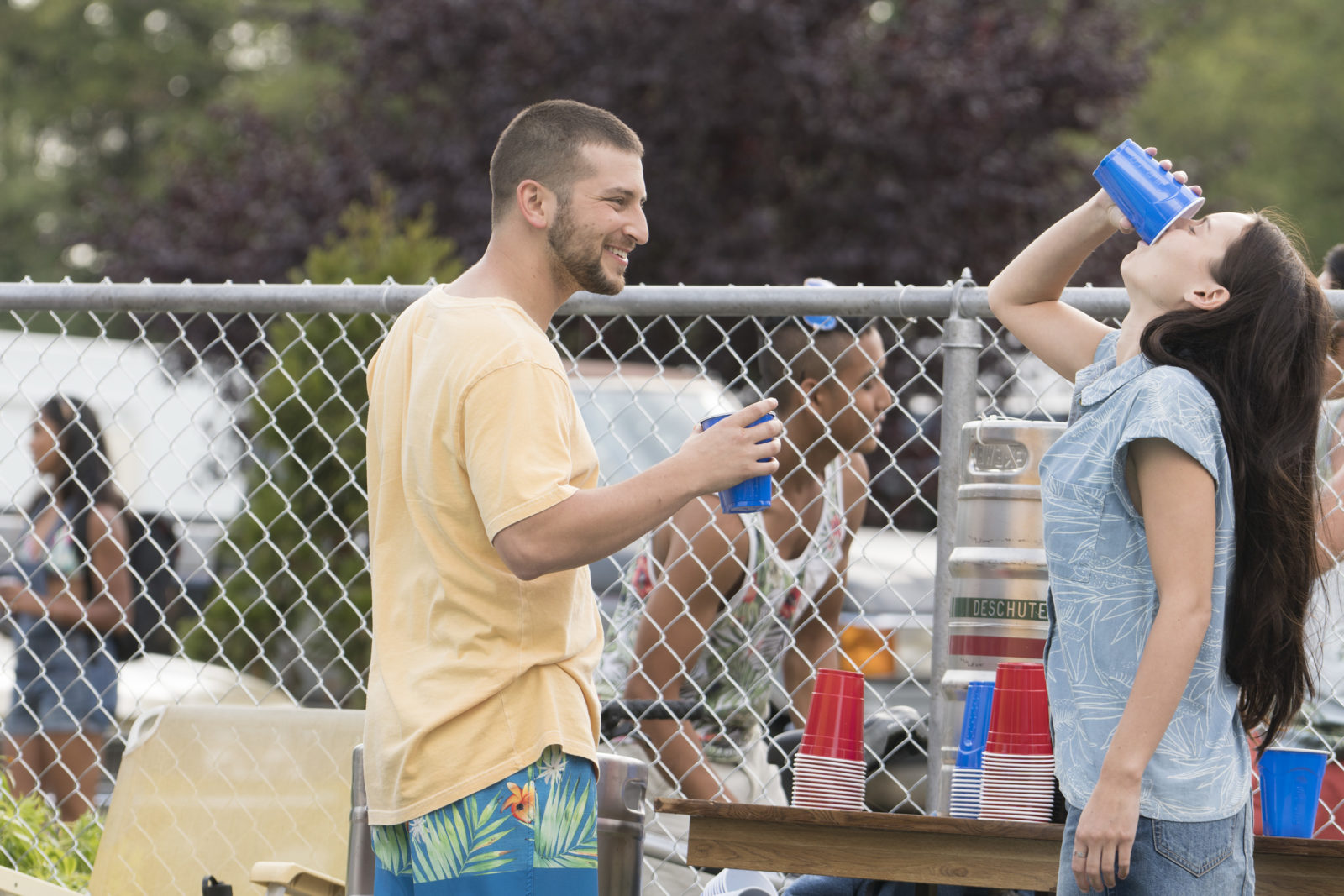 We pick up Siren at the start of everyone’s mornings. There is a short interlude with Ben and Maddie discussing their new amphibious friend. At first, Maddie wants to give Ryn the benefit of the doubt, positing that perhaps a bear is responsible for Donnie’s fate. When Ben gently points out the ridiculousness of that, Maddie pulls a total 180 and agrees that Ryn has shown some aggressive tendencies and they need to be careful.

We find out early in the episode why the military is keeping Ryn’s sister in captivity. They are using her DNA for medical testing. Spoiler alert: It works wonders. This leads to pressure from an Admiral Harrison to increase the rate of experimentation just as Dr. Decker falls deeper under the mermaid’s sway.

The main theme of this episode is trust. Can Ryn trust the humans she’s fallen in with? Is it safe for them to trust that Ryn won’t hurt them? Can Helen trust that Ben isn’t going to use his privilege as a Pownall to exploit or hurt Ryn and her kind? Can this unlikely adult Scoobie gang be trusted to get to the bottom of this mystery, find their friend, and reunite Ryn with her sister?

Many of these questions are still up in the air at the end of the episode, but at least one is answered definitively. In the morning, when Ben and Maddie come to see Ryn, they have one pressing concern on their mind: did Ryn throw a 200lb man through his car window and why. That’s understandable, but in their rush, they don’t take into account that a) Ryn is agitated and out of patience. She wants to find her sister NOW and b) they are aggressively asking her about a traumatic experience which is visibly upsetting her more, so when she tosses Maddie across the room like a ragdoll it’s no wonder. At least Ryn seems a bit subdued by Ben’s admonishments after her outburst. Instead of stomping past them to continue the hunt for her sister alone, she goes back to pacing while the humans palaver.

The couple promises to help Ryn find her sister despite the dust-up earlier. That’s them taking their step. Ryn takes a step by believing them when they tell her Xander is on the case and agreeing to go teach them about herself and her species. The interview was the most fun, humorous, and endearing exposition dump I’ve ever seen. I’m so enthralled by Eline Powell’s performance as Ryn. Her Fola and Alex are such a joy to watch together.

Maddie and Ben should probably have an actual conversation about their sexy feelings toward this new species they just found. It’s good that Maddie broached the subject last episode, saying she felt drawn to Ryn but there’s a big difference between that and Ryn’s ability to literally hypnotize Ben into almost making out with her while a passive, near gleeful Maddie, looks on. In other words, I hope the sexy stuff isn’t just there because it’s expected in a mermaid tale. I hope there is some thought to the way this species uses sex and seduction.

Unfortunately, all good things come to an end and when the scientists realize Ryn is drying out again they suggest she go back into the water before she gets sick like last time. Ryn takes a big step away from them in the trust dance, accusing them of lying about helping her find her sister but they’re interrupted by Jerry, their coworker coming in to feed the seas lions.

The show wants to have Ryn fall into a pool, make most of the cast converge in the same place, tie Ben’s storyline in with his family’s, and add an element of danger by having Sherrif Bishop closing in on the mermaid squad. This is why despite not making any sense, Ryn abandons the search for her sister and wanders off with Jerry to his motel kegger so she can experience human life ET-style. This is accomplished because our two brilliant marine biologists leave their angry, volatile, inhuman charge alone with said coworker while they have a tete-a-tete in a broom closet. Of course.

It all works out in the end because Maddie finds Ryn, fishes her out of the pool and keeps her safe while the party gets busted up. Then she rather sweetly explains what trust means. She assures Ryn that she needn’t run from them. Ryn takes a giant step back toward trusting them by explaining what happened in the car with Donnie. Then she makes note that Maddie is scared of her and strikes a submissive posture. Only time will tell if she’s being sincere, but it feels like it.

Meanwhile, Ryn’s sister is playing possum and considering how quickly mermaids learn… she’s probably gathered a lot of valuable intel so they better watch out!