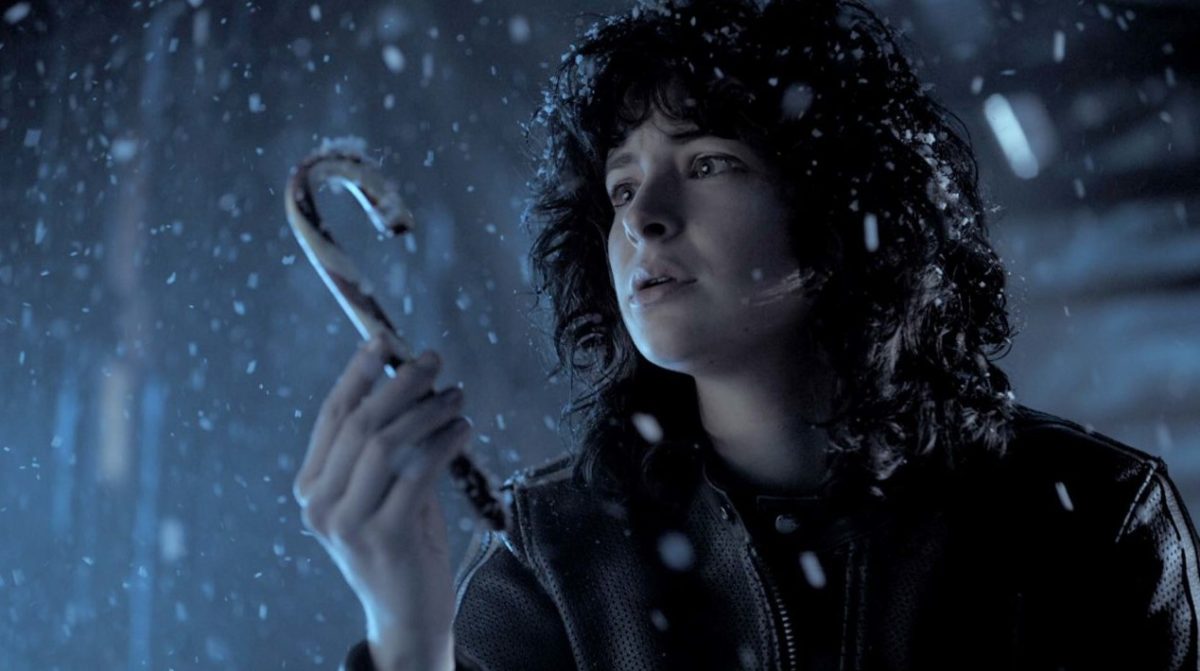 There are plenty of cheery holiday shows out there this time of year — but that’s not everyone’s cup of tea. Looking for something darker to sink your teeth into?

Here are a few titles to check this Christmas.

There have been countless adaptations of A Christmas Carol, but this three-part miniseries starring Guy Pearce dives into psychological horror territory. This significantly dark take on the Dickens tale is all gloom and doom. You won’t find that much Christmas cheer because life is miserable for everyone. The series follows the classic plotline — a mean old man named Ebenezer Scrooge (Pearce) has zero Christmas spirit and makes life unnecessarily difficult for the Cratchit family. However, in this version, they managed to make him even worse.

Pearce does a great Scrooge, and the Ghost of Christmas Past (Andy Serkis) and the Ghost of Christmas Future (Jason Flemyng) are particularly scary in this one. It’s a bleak rendition with mentions/depictions of abuse and sexual misconduct, so it’s strictly for an adult audience. If you’re looking for something different to watch this Christmas and you’re okay with feeling depressed for roughly three hours, this is a great choice.

Where to watch: Available on Hulu.

If there’s one horror-themed show you watch this season, it has to be AMC’s NOS4A2. It’s based on Joe Hill’s novel of the same name, who is Stephen King’s son. Zachary Quinto plays Charlie Manx, a man so obsessed with Christmas that he made his own Christmasland. He feeds on the souls of children to remain youthful, making for some terrifying scenes when he’s running low on immortality fuel. His livelihood is threatened when a young girl, Vic McQueen (Ashleigh Cummings), discovers her strange gift of tracking the fiend’s activities.

Once Charlie feeds, his subjects are stripped of their identities. Seeing sharp-toothed, dead-looking children running around the eerie Christmasland is more disturbing than one would think. It’s partly the perverse glee that Manx and his loyal companion Bing Partridge (Ólafur Darri Ólafsson) have that makes their operation all the more frightening.

Where to watch: Both seasons are available on Hulu and Prime Video (via an AMC+ subscription).

Defending Jacob is based on William Landay’s novel of the same name. In this crime drama miniseries, Andy Barber (Chris Evans) is a prominent assistant district attorney in Newton, Massachusetts. He and his wife Laurie (Michelle Dockery) and 14-year-old son Jacob (Jaeden Martell) have a cushy life in the suburbs until Andy is assigned to a murder case involving one of Jacob’s classmates.

Rumors at school and online implicate Jacob as Ben’s killer. It also doesn’t help that his prints are found at the scene, which happens to be close to his house. Things don’t look too good for the kid, but Andy is determined to get his son out of this. Chris Evans and Jaeden Martell deliver incredible performances as father and son, both terrified of the outcome of the case. The Barbers celebrate Christmas in the series, but considering their circumstances, it’s rather unconventional.

Where to watch: Available on Apple TV+.

HBO’s dark comedy/mystery stars Kaley Cuoco as Cassie Bowden, a flight attendant who finds herself in the middle of a murder investigation. There are few things more startling than waking up next to a dead man, and with a limited recollection of the previous night’s events, Cassie starts to question if she herself killed him. Since she’s an alcoholic, blackouts and hangovers aren’t anything new. She panics and, regrettably, contaminates the crime scene.

Cassie travels to a few different places for work (obviously), but her home base is New York. It’s not really the NYC from Christmas classics, though. Her hallucinations and flashbacks take her to strange places, including a room with a vodka bottle “tree” of sorts. Despite the severity of the situation, the series is quite funny. If you like dark humor and murder mysteries, cozy up to The Flight Attendant.

Where to watch: Available on HBO Max.

BBC’s sci-fi, biopunk thriller follows Sarah Manning (Tatiana Maslany) as she discovers her true origins. A random and brief encounter with a suicidal woman who looks just like her leads her on a wild journey into the world of human cloning. As a career scammer, Sarah assumes the identity of the deceased woman, Beth Childs, in hopes of a big payday. However, once she learns about her “sisters,” her life changes drastically.

Maslany is immensely talented, taking on multiple personas, with Sarah, Cosima Niehaus, Alison Hendrix, and Helena being the core four. It’s a trippy, emotional, addictive watch any time of year, but with its Canadian setting, it always kind of feels like winter. I cannot praise Orphan Black enough.

Where to watch: All five seasons are available on Prime Video.

Bryan Fuller’s Hannibal is a gorgeously filmed horror-thriller that people continue to praise years after its cancellation (myself included). I included this series on a Halloween list as well, but the snowy landscape makes for perfect winter viewing. Plus, there’s just something aesthetically pleasing about blood in the snow, right?

Hannibal isn’t a series that has special holiday episodes, but the first season does include a grisly crime scene of a family murdered in their home on Christmas. It’s quite the image to see dead bodies amongst Christmas presents and decor. Holidays aside, there’s always a wintry vibe in the series that sets a specific, chilling tone.

Where to watch: All three seasons are available on Hulu.