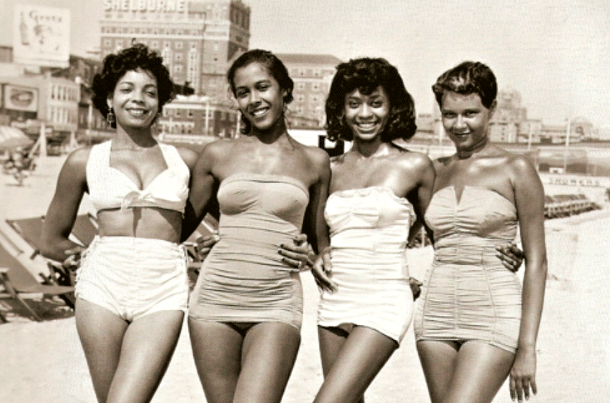 When we think of Black history often times vacation destinations are left out of our dialogue.

Our past is well documented with stories of slavery, plantations, and oppressive reality — yet little do we hear about how some of our ancestors and those who came before us got to celebrate their lives.

As I decided to write this article, I was just thinking about the history of African-American tourism. As a little girl I grew up in Florida and the beach was a regular part of my life. I wondered about the history of our beaches in relation to us and discovered some amazing stories.

While many of the historic Black beaches in America have seen gentrification and lack of restoration, there are a few which still remain as active and flourishing destinations that you can spend your dollars and enjoy a lovely time. It is estimated that African-Americans spend billions annually so why not soak up some sun and history in the process?

As the warmer months approach, it’s the perfect time to share with you some of the top historically Black beaches and resort towns in America. Grab your swimsuits, pack a bag, and prepare for an amazing summer drenched in your Blackness.

This is the oldest of all the Black resort towns in America. Founded by Charles and Laura Douglass in 1893, Charles was the son of the well renowned Frederick Douglass.

This beach is located approximately 35 miles outside of Washington D.C. and was the very first black-owned resort in the history of America. This destination was birthed from an act of racial discrimination when the Douglass’ were denied entry into a restaurant on the Chesapeake Bay. Charles Douglass then decided to delve into the real estate industry and began purchasing beachfront property — selling lots to his friends and family. Some of its earliest purchasers were notable African-American politicians in the DC/Baltimore area including Senators, Congressman Judge Robert Terrell and his wife, Mary. Terrell was the first Black judge in the District of Columbia.

When Charles Douglass died in 1920, its ownership was transferred to his son Haley Douglass who in 1922 led a movement to make Highland Beach the first African-American incorporated municipality in the state’s history.

Today there are approximately 90 homes still owned and occupied by descendants of the original settlers of Highland Beach and the Frederick Douglass Museum and Cultural Center ‘Twin Oaks’ is a local attraction at this distinctive resort destination. 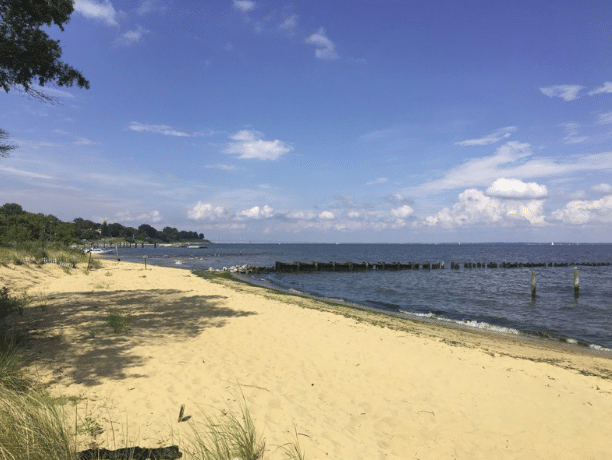 Another beach which came to fruition in defiance of segregation and Jim Crow laws, Lewis saw this as a safe haven that his friends and employees could peacefully enjoy themselves. The streets along the beach are all named after the African-American founders and their families. 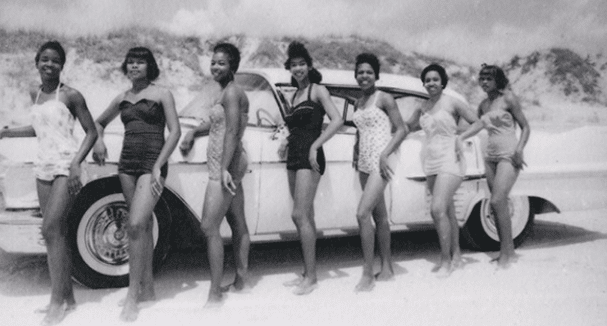 As tourism grew the beach known as “The Negro Ocean Playground” became sprinkled with food, lodging, and entertainment. It was a place of refuge for Black people during a time when other beaches were out of their reach due to segregation. On any given weekend you might see Ray Charles, Zora Neale Hurston or Hank Aaron having a good time. 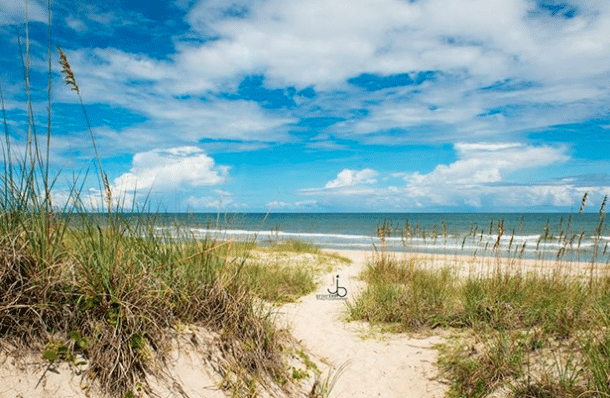 The beach saw a decline as it was struck by Hurricane Dora in 1964. Many of its tourists began vacationing elsewhere after the Civil Rights Act desegregated beaches. It still, however, remains a popular destination and historians and preservationists have been committed to preserving its heritage. When you visit be sure to check out The American Beach Museum which documents all the history of this fascinating place. If you seek a quieter spot to enjoy the ocean and sand it would be well worth paying a visit while passing through Jacksonville or visiting beautiful Amelia Island or Fernandina beach. 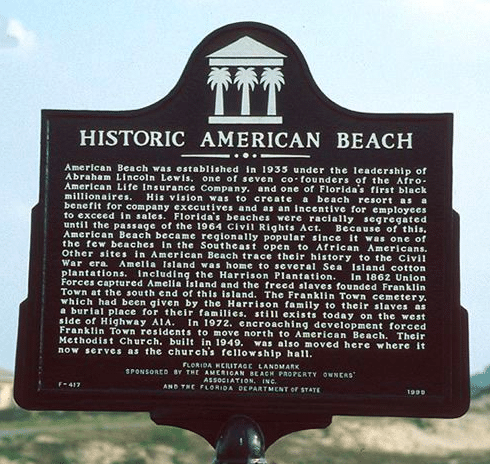 For more than 100 years, African-Americans have flocked to this area on Martha’s Vineyard. One of President Obama’s and the late Maya Angelou’s favorite vacation destinations this tourist area boasts a rich history rooted in Black culture and remains lively today. Some of its first dwellers were runaway slaves and indentured servants. During the era of segregation Martha’s Vineyard was always a popular beachfront for white tourists and thanks to Charles Shearer the son of a slave and her white owner, he turned a beach cottage into the first Inn where African-Americans could lodge. This began the expansion of the Black community on Martha’s Vineyard.

The Smithsonian National Museum of African-American History and Culture has dedicated an exhibit to honor the work of Charles Shearer entitled “The Power of Place” and features the history of Oak Bluffs and how it has empowered African-American culture. It celebrates a myriad of Black writers, political and social leaders, musicians, and thinkers that have traveled to the area.

When you visit Oak Bluffs on Martha’s Vineyard be sure to take a tour down the African-American heritage trail where you will get a chance to view historic homes of people in our history. 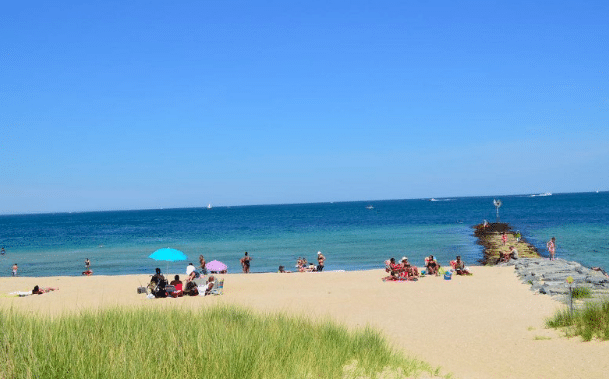 We all have heard of the luxurious destination known as the Hamptons, and Sag Harbor is the Black wing of this popular and affluent beachfront. It was an enclave for generations beginning in the early twentieth century. If your pockets allow for some time up north this summer during a trip to New York you will find some great history in this town.

After World War II during segregation, Sag Harbor developed a robust community of African Americans. Working class Black families were able to purchase land and start development in the area. Over the years thankfully Sag Harbor has been able to fight off gentrification and property development and keep its roots intact. Keeping its identity has remained important to Black residents. Today as you visit you will still see a community of middle-class families with a population of doctors, lawyers, and other professionals. 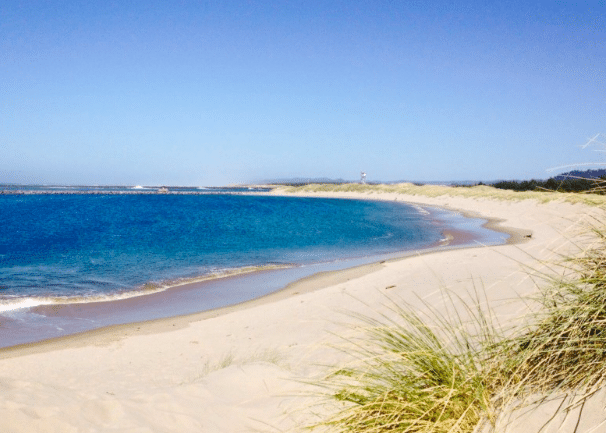 Known as the “Black Pearl” located between Myrtle Beach and North Myrtle Beach, Atlantic Beach remains the only current Black-owned beach in the nation.

Many of the properties are Black-owned and operated which include hotels, gift shops, restaurants, and night clubs. 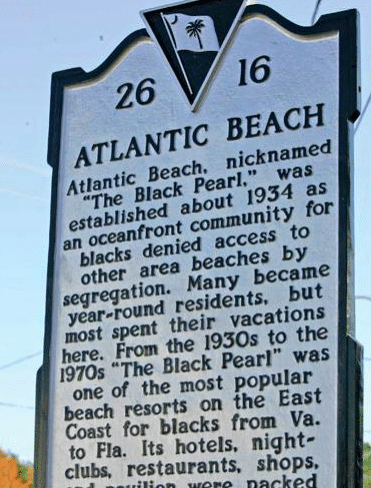 If you are looking to venture or remain in the South Carolinas offer a nice mixture of beach destinations. Hilton Head Island and the Charleston area are both areas which also offer a historical mix. The area known as the Lowcountry is the site of Gullah tradition.

Gullah Geechee Culture, in my opinion, is not as well taught in discussions of Black history. The irony of this is that the Gullah/Geechees have preserved their history more than any African American community in the United States.

As documented in the 1991 independent film Daughters of the Dust produced and directed by Julie Dash, it was the first feature film directed by an African-American woman distributed theatrically in the United States.

The film explores Gullah culture set in the South Carolina Sea Islands, with a riveting story about a family who migrates to the American mainland 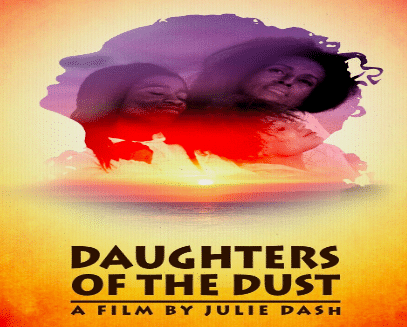 The Gullah Geechee people are descendants of Central and West Africans and were enslaved together on these isolated islands which stretch along the U.S. coastline from North Carolina down to St. Johns, Florida. They developed a Creole language and today continue to preserve African practices in arts, crafts, agriculture, and edible cuisine.

If you are visiting the Carolinas, Hilton Head Island, or the Coast of Georgia you can take part in several attractions to further your education of this history.

The Gullah Heritage Trail Tour on Hilton Head Island will drive you through compounds and stop at several historic sites. This includes ‘Mitcheville’ the first freedman village in the United States. The Gullah Geechee Visitor Center in Beaufort is also a quick drive away.

The Penn Center on St. Helena Island is a former school for freed Sea Island slaves and offers several tours, presentations, and a museum which exhibits the history of the school.

If you are visiting the Charleston, SC area the McLeod Plantation, Avery Research Center for African-American History and Culture, and the Gullah Tours will all give you a thorough background. 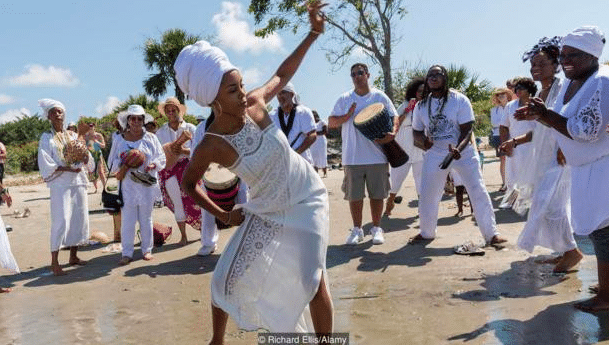 Definitely worth noting are a few other African-American historic beaches which are now less developed or that no longer exist. These beaches all have a significant Black history that can be researched or traveled to if you are one who seeks to explore outside of your vacationing. 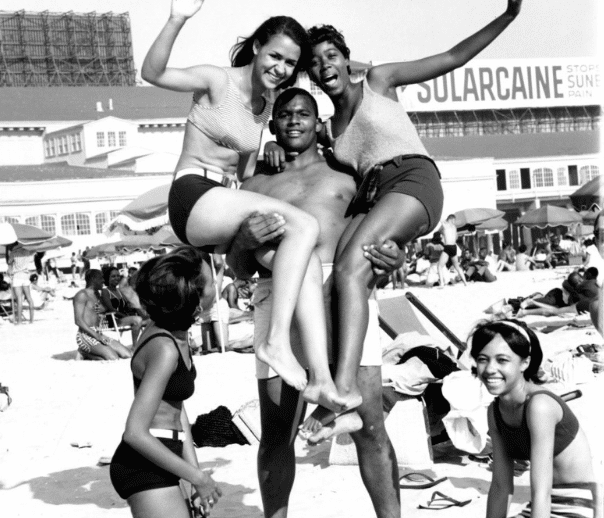 Angela Dennis is a Freelance Writer residing in Knoxville, TN

Summer 2022 Travel Predictions and How to Plan Your Summer Trip