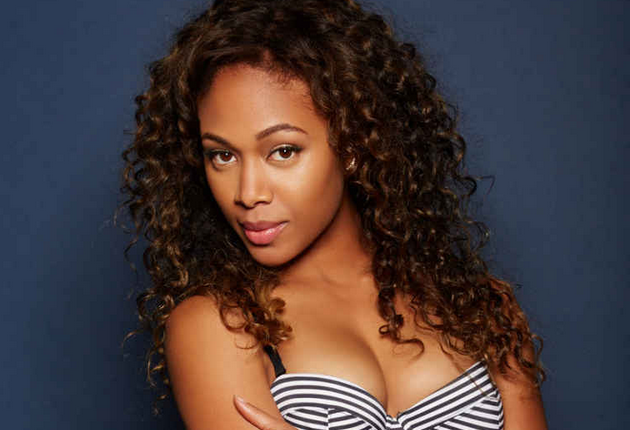 Tim Wise once said, “When you allow racial disparity and institutional inequity to affect one part of the country, eventually it’s coming back to get everyone.” Now in this particular case our symbolic parallel of “the world” is Sleepy Hollow and the racial disparity that they showed towards the characters of color and how it resulted in the show’s ultimate demise. To accurately clarify what I mean by racial disparity I am going to break down the polarizing treatment that Sleepy Hollow showcased on a (1) story level and on a (2) perceived cast value level.

Two protagonists, Abbie Mills and Ichabod Crane are tasked with the impossible and fantastical mission of preventing the biblical apocalypse from occurring in this world. In season 1 each protagonist has their own individual storyline with parallels to each other which ultimately intertwines their fates to become destined partners solidifying them as the “Two Witnesses.” After the success of Season 1, many critics referred to the show as progressive and they attributed the success to the chemistry between the two leads; Nicole Beharie (Abbie Mills) and Tom Mison (Ichabod Crane) along with the “secret sauce” of the show being it’s grounded despite this crazy, fantastical world.

Season 1 of Sleepy Hollow was indeed progressive. Networks have implemented diversity departments that help to bridge the gap between real life and representation in TV and Film, but the ultimate goal isn’t necessarily “diversity,” the goal is inclusion and opportunity for all people. FOX’s, season 1 of “Sleepy Hollow” was just that. They had Abbie Mills (Black woman); a principal character, Captain Frank Irving (Black man); supporting character, Officer Andy Brooks (Asian man,) Detective Luke (Hispanic man,) and I can list off more characters, but the point is that the inclusion made the show so fluidly beautiful because none of these characters were confined to their race. They were individuals that lived in the same city that crashed into one another’s lives. In fact, the only character that was confined to his race and sex was Ichabod Crane which is ironic, because as fantastical as his “man out of time” character may have been, he was the most confined and restricted character in the racial utopian world of Season 1.

Season 2, LITERALLY every character of color radically faded into the background, except Luke. Luke just stopped existing in this world. Andy became stuck in purgatory and was never talked about again. Captain Irving was incarcerated, died, was resurrected, then left town. The level of disrespect they showed the character of Abbie Mills was callous and absurd. After season 1, her character became sidelined and skewed.

The skewing of Abbie Mills started at the end of season 1, the show had garnered our trust and in return completely violated us and gave us trivial storylines. She is also volunteering to sacrifice herself in every other episode. The ridiculousness of this continued action resulted in the people behind the scenes attempting to vindicate these actions by saying “she is honorable for wanting to save her best friend and his family.” No, what it showcased repeatedly was that the value of her life was less than their lives were worth. She became nothing more than a shield to protect a white guy and his family. Ultimately, her character does get killed and she says “my job was to carry you forward.” They turned this inclusive, progressive, layered, complicated, beautiful character – Abbie Mills into nothing more than an interchangeable helper for a white guy. Intellectually, of

Ultimately, her character does get killed and she says “my job was to carry you forward.” They turned this inclusive, progressive, layered, complicated, beautiful character – Abbie Mills into nothing more than an interchangeable helper for a white guy. Intellectually, of course,  she is a fictional character, but the erasure of her original identity to what she ultimately became is a direct parallel to how the world tends to treat black women, which feels like a twist of the knife that has already been impaled within our ancestral identity.

The initial success of the show was credited to the chemistry between the two leads. Abbie Mills and Ichabod Crane were the lovable odd couple pairing. The two characters had polar views of the world because they came from two different time periods. Their conflicting views were always real and tangible disputes, but due to their chemistry it was always fun and provided a levity that made the viewers root for their growing relationship. Their chemistry worked because of its symbiosis like quality between the witnesses to attain their goal of saving the world, and it also worked because of the admiration and respect they shared between one another. By the second season there was a seismic shift in their relationship. Ichabod no longer held the same respect or regard for Abbie. In fact, he was disrespectful and ungrateful throughout the following seasons.

The groundedness mentioned before was due to the story line of Abbie Mills and Nicole Beharie’s portrayal of her. Ichabod Crane represented the fantasy element as well as the gimmick of the show as a man out of time navigating through the modern world. Abbie’s character was layered and rooted with real life consequences. Season 1, Abbie Mills was the shows truth and nothing in that world was able to exist without her, including Ichabod Crane, but during season 2 and 3 they exploited the world and her character which resulted in the erasure of Abbie Mills.

Secondary character, Jeremy Crane played by John Noble was killed off at the end of the second season. At MCM London Comic Con, Noble said to IBTimes UK,  “Sleepy Hollow definitely struggled in the second season. I thought the first season was fantastic, but with the second season, I really wondered what was going on. I used to spend a long time sitting around not doing anything.” After this overt criticism, the folks behind the scenes still showed gratitude, respect, and adoration for him, so much so that they resurrected him and brought him back for season 4.

After co-lead, Nicole Beharie’s Abbie was killed at the end of season 3, she wrote a post expressing gratitude and wishing luck towards the show. After her post, the folks behind the scenes began to “shade” her and attempted to erase her existence from the show.

The other co-lead, Tom Mison who played Ichabod Crane repeatedly stated in interviews since season 1 that the story is all about “Abbie” and he views his character as a sidekick to her character. Conversely, after the death of Abbie Mills and the departure of Nicole Beharie, Fox TV Group Chairman, Dana Walden told reporters, “What we know is that Tom Mison is a big star. And the Ichabod Crane character has been so central to the series and the storytelling and he feels like an original, big Fox character.”

These statements and responses are tangible examples of the discrepancies in the treatment of these actors and characters on this show, and it’s unsettling.