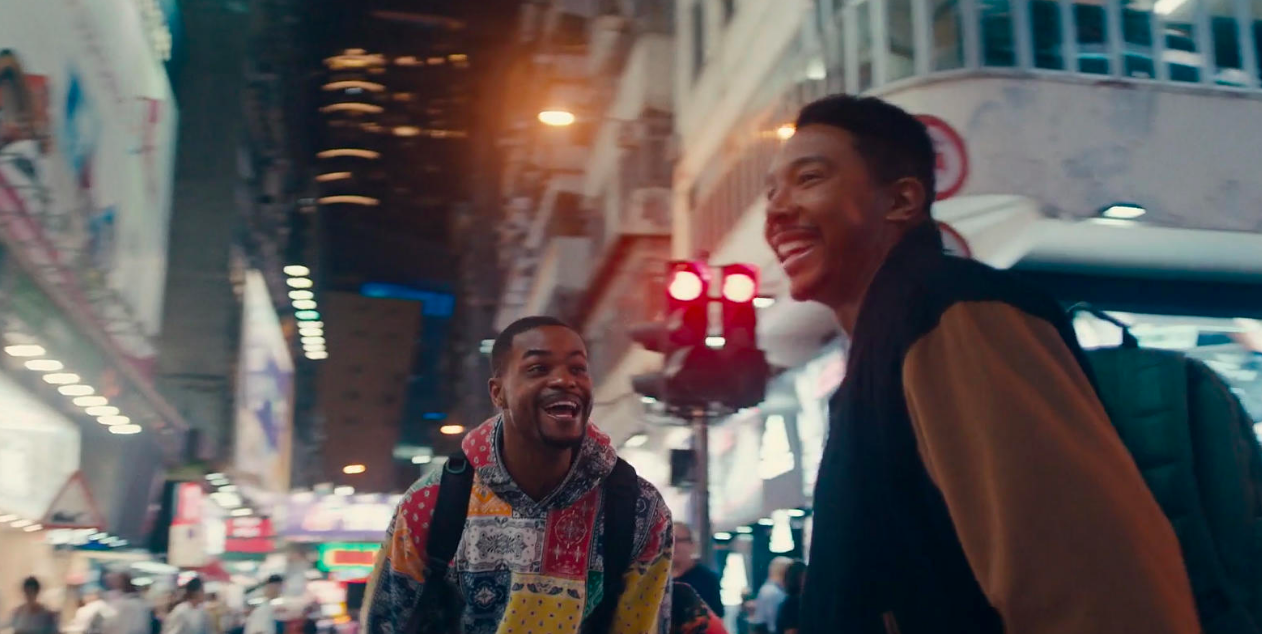 On the flight, they meet Baron Davis, who is in coach because Jason Statham took the last seat and Baron was on stand-by for first class. He’s not happy about it.

Christine comes home looking for Cleo’s narwhal. No good. Devin is surprised that Bobby is happy about traveling with his best friend. Unfortunately, Christine found a card with Gia’s name and number on it. She’s on the hunt when she arrives at the store. Gia is automatically on the defense.

They guys have arrived in Hong Kong but we are going to focus on the handbags. Gia shows Christine a bag that is impossible to find and not bought at retail price. This is the beginning of insight on what the hunt for the impossible is like. Bobby informs Devin that he met Jason Statham and got his business card, but Devin doesn’t believe it is real. Devin finds out that they are not going to the NSYNC concert. Bobby’s plan is for them to go to Sneaker Street where every sneakerhead goes while in the city. I’m just glad that he has a decent plan. Gia and Christine get to know each other at a restaurant. Christine wonders where the shop for the bag is. She watches as Gia exchanges shoes for what looks like info then gets up. They don’t have to pay with cash, which Christine is shocked about. Bobby won’t stop talking about Jason Statham, but all Devin wants to know is how far they got to go. Their destination is near, like across a body of water near.

Gia and Christine get to an underground spot, which is guarded, to pay a woman $200 for a bag of weed. She only takes Venmo or crypto. The boys have found a boat to their destination. Bobby is very excited, but Devin is still showing doubt. Bobby states that he has to believe in them or no one would. He also has a pair of shoes from Devin’s old collection: the Infrared 3s. He worked extra shifts to buy them from the guy Devin sold them to. Oh, my poor heart. He is a sweetheart. Bobby urges Devin to soak everything in and enjoy.

I think Gia and Christine need to be friends. The two women get access to a behind a restaurant kitchen freezer spot with the finest items, including cigars. I love a good cigar. For the price of another impossible bag is none other than a certain strain Alaskan weed. Christine is fascinated on how this is Gia’s life. Gia states that it always isn’t as nice but worth it, and she likes getting the “nod” from others who enjoy good shoes and sneakers. Christine is shocked when she gets the bag, so much so that she thinks that all it’s worth is $200. Nah girl, the bag is worth $3,000. That’s too much for Christine, not even worth the nod. She thanks Gia for the fun time and leaves, sans bag and cigar. She tries to call Devin, but his phone is off. The girl got kids and bills to think of.

Sneaker Street looks like paradise for my ex. Literally different brand stores of the finest, up and down the street. Bobby’s plan is to set up a bait for the Zeros, which is NSYNC shirts that he found in Christine’s closet. The two men nearly miss the guy who bought the shirts, but they practically chase the back of a head. They get to him but find that the guy speaks Norwegian. A trade needs to be made. Devin has signed NYSNC dolls but unfortunately our Norwegian guy has those already. Devin questions what Bobby has, when suddenly Norway asks Bobby, “What are those?” Bobby goes in on explaining what corduroy Bred 1 originals are. They make a trade and a spit handshake. Unfortunately, the police pull up because Bobby accidently ran off with sunglasses.

The two are told that in Hong Kong thieves have their hands cut off and will be given only one phone call. Bobby pulls out Jason Statham’s business card. Devin agrees. They can’t be serious.

I’m surprised neither of them jumped when the cop kept hitting the table. I had fun watching Gia learn a little about the market and trades for the hunt. It gives insight about her husband. I’m not cool with Devin leaving the country without a word, though. He could have done better. I wonder how they get out of this mess. At least they got the Zeros.