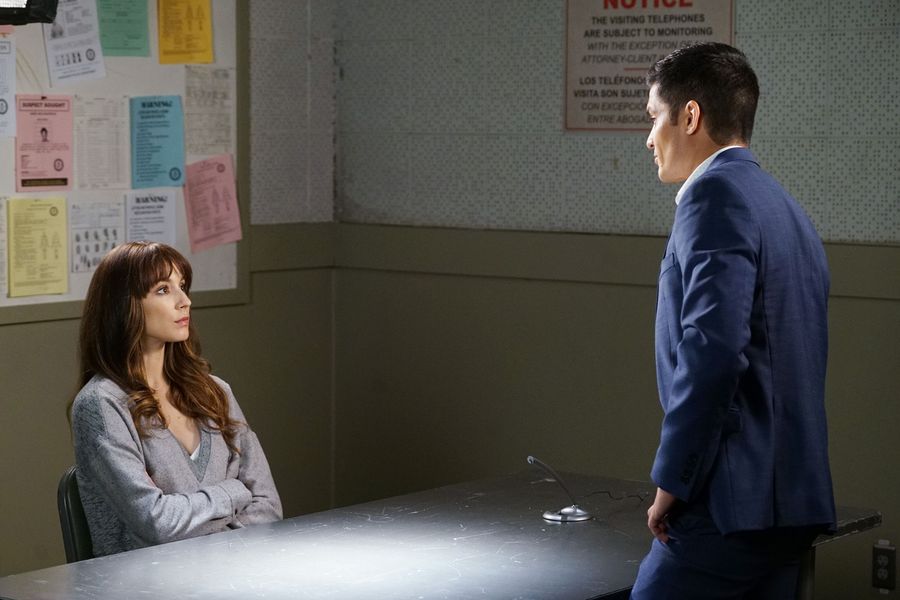 Spencer Hastings is my number one Liar. Sometimes the rankings may switch up, with Emily competing with Spencer for the top spot, but as far as the final ten episodes go,  Spencer’s dominating the field. “The Glove That Rocks the Cradle” opens with Spencer being interrogated by the police, and it’s the first, but not the last time I type in my notes, “Spencer is SAVAGE.” When she’s asked if she remembers Detective Furey doing something or other, she says she only knew him as Marco. When she’s asked if she remembers making a joke about burying a body, she says she only remembers unbuckling Marco’s belt in the elevator.

Savage, I tell you.

I can’t tell if this is going to culminate in hate sex, but the more we see Marco and Spencer on opposite sides of an interrogation room the more I want it. They were a nice pairing from the start, but two now being in opposition makes it even better. Marco’s about to find the receipt proving Spencer bought drinks with Archer’s card, and Spencer’s appeal to him to let this one go falls very flat. Her assertion that Archer was trash anyway may be true, but her neutrality can’t compete with Marco’s lawfulness.

And Spencer has no chill either. Right after Marco informs her that he can’t put it aside for her, she steals evidence from his apartment. When he asks for it back, she simply reminds him how it’ll look if people learn Spencer was alone with him at his apartment. And when they’re face-to-face again, Spencer clearly declares that Marco’s job must be very difficult now that his only evidence against her was destroyed in a “flood” orchestrated by Hanna and Caleb. Spencer Hastings is a monster, I tell you, and she’s the best.

But of course, this is just another reminder that, on a show called Pretty Little Liars, the opposition is pretty much anyone who actually tells the truth. Take Lucas, who the Liars are more convinced than ever is A.D after finding out he admitted to the police he wasn’t actually Hanna’s alibi. The Liars ride this exhausting train for awhile before finally confronting Lucas, and he explains that when he and Charlotte (who he thought was still Charles) were friends, he told her about Alison’s torment and the Liars’ complicity.

Lucas is just another puzzle piece (aka a plot device) so I don’t care much about this little wrinkle, but he and Hanna have a nice relationship that I’d hate to see ruined. There’s obvious affection between the two, that’s not muddled by any romantic feelings (this is especially refreshing after early seasons of Lucas pining over Hanna). It’s earnest and uncomplicated, despite the show’s inherent complications, and it’s a sweet, sad little revelation that Lucas was Hanna’s only investor and now can’t afford to keep doing it.

I’m not as enthusiastic about Aria’s continued working with A.D. It picks up this week as Aria trashes Alison and Emily’s nursery (there’s a doll head mobile and blood spatter and everything) and nearly gets caught. It still doesn’t make any sense why Aria’s letting this continue or how far she’s going to let it go, and though it’s a little fun to see her trying to avoid the weapon-toting Emily, there’s still too much of a disconnect. It’s a shame too because it could be a strong storyline for Aria, who’s been totally isolated by this. She can’t confide in her friends or Ezra, who’s now ready to start planning their wedding. At episode’s end, she’s alone and crying. Seeing Aria in her own black hoodie and watching Spencer discover Aria’s earring on the nursery floor is intriguing, I can’t stop wondering why, if A.D is so intent on ruining the Liars, that they don’t just expose Aria and leave them to pick up the pieces.