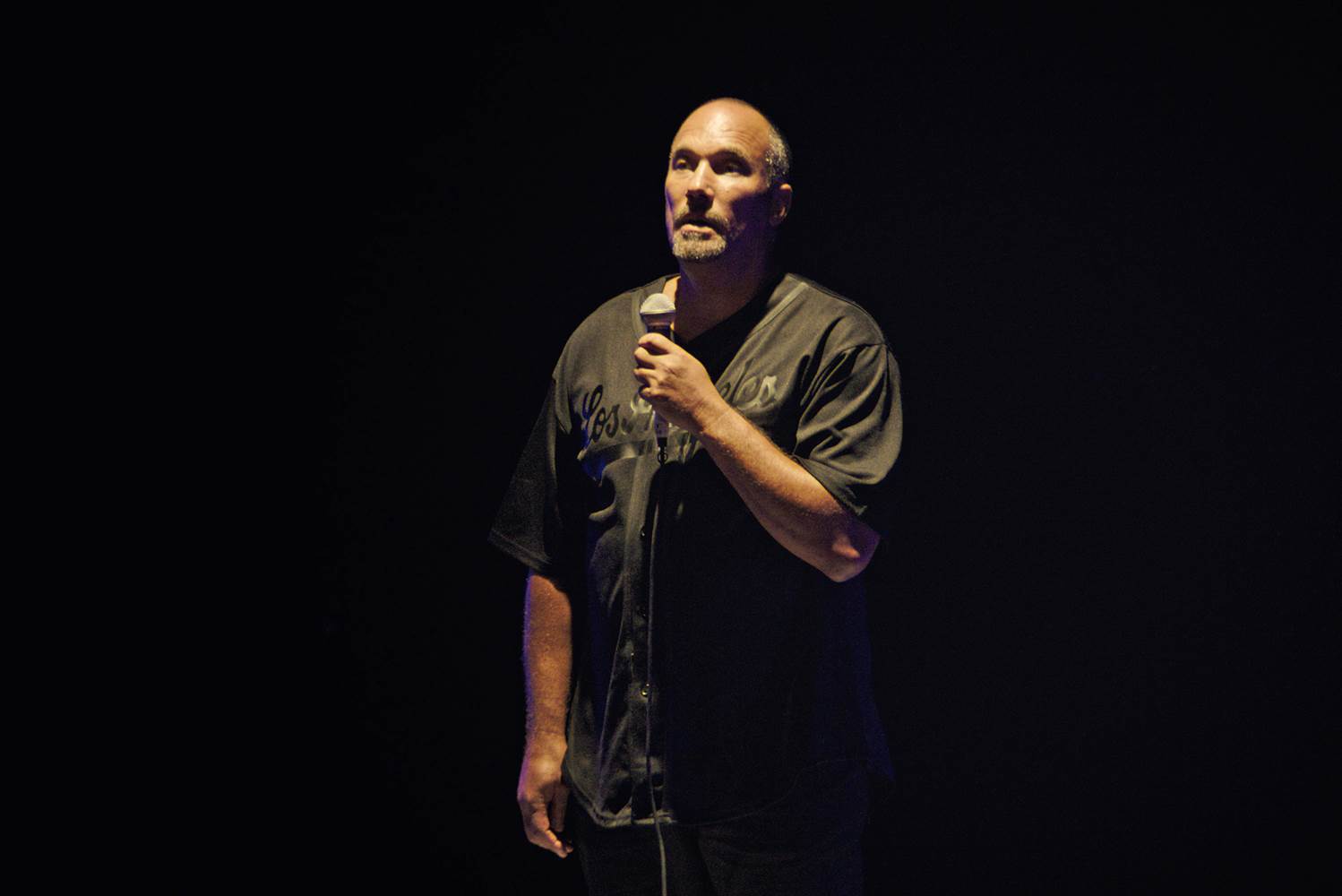 Rodney King, shot documentary style by the legendary Spike Lee and performed by Roger Guenveur Smith was truly remarkable and heartbreaking, all intertwined with raw, bold, honestly, and a harsh reflection of what transpired on that historical day, March 3, 1991, in the City of Angels. Roger Guenveur Smith, for those who may not know, has been in the acting game just as long as Spike Lee has been directing films. He has had recurring roles in A Different World and has been in a number of films most notably a few Spike Lee Joints such as Do The Right Thing Malcolm X, and He Got Game. Younger viewers might know him from Rick Famuyiwa’s film Dope.

Roger depicted the horrific events surrounding the Rodney King beating and aftermath with a sobering, unapologetic, rawness that even I wasn’t expecting. As I was sixteen at the time of these events, a lot of it is still stored in my memory as if it happened yesterday so the emotions easily crept back. I remembered how sad those trying times were tried to process what happened, starting with the unnecessary and vicious attack from the L.A.P.D to the unthinkable not guilty verdict from the jury in a small town not too far from La La Land called Simi Valley where the MAJORITY of L.A.’s finest resided. So early on most people knew how unfair the trail would be and also the likely verdict.

To sit here and try to explain Roger Guenveur Smith’s performance would be a complete disservice because it’s something that can’t be explained but experienced, and as I watched it, I could feel the pain of the city at the time in all the fires and flames that met the smog in the city skyline during the riots. Roger basically did a one-man show in a heavily dimmed outdoor stage at night with a small crowd hidden not too far off in the distance. So the intimate realness of it all was already in place and nothing to interfere with the words on the screen and into your heart, as I found myself in tears quite a number of times as you can feel the anguish in Roger’s interpretation of Rodney. I got a broader insight into what Rodney King was doing before he even got on that infamous Foothill Freeway and eventually to Foothill Boulevard.

Roger was not only brilliant in telling one of the most important recorded stories in American history, but for almost an hour live on stage in an open mic rap format he also showed us the wash, rinse, repeat cycle of Police brutality on Black people. The pain turns into an eye-opening forum for art to be displayed and for history to be shared. This film is for those who may not know the gut-wrenching inhuman, unexplainable, horrific event the world bore witness to.

So I please urge all of you who haven’t seen this film to just set aside 52 minutes of your time to see spoken word at its all time best that just happened to be directed by Spike Lee and brought to life by Mr. Roger Guenveur Smith.