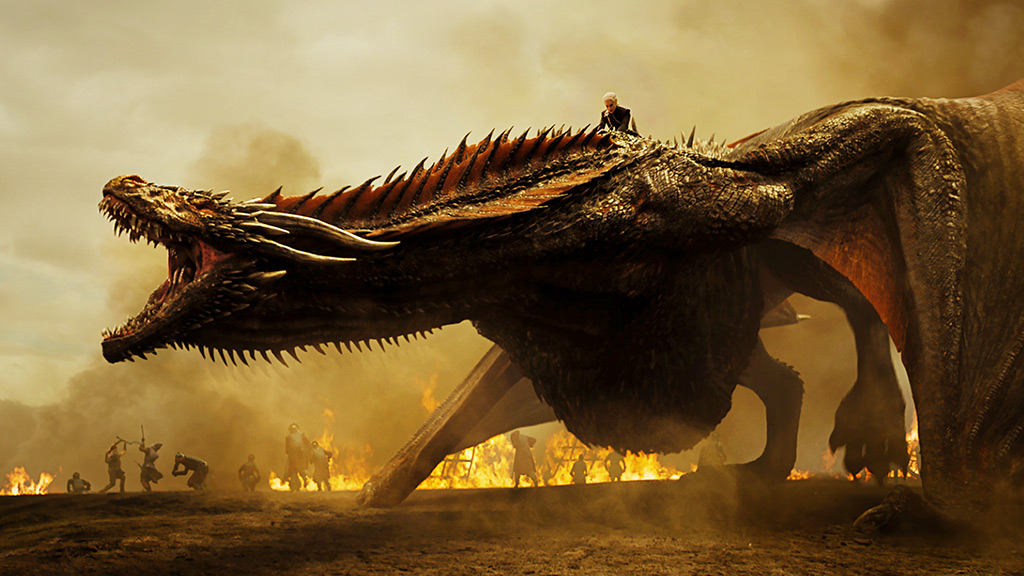 I can’t with this show! (Throws up hands and proceeds to watch the episode again.)

Hold up, wait a minute, let me give you some amazingly awkward family moments in this week’s episode. The Starks are no longer the loving family I wished would get back together. Tyrion literally did nothing to save his brother from charging a dragon (who does that by the way?). While seeing Dany and Jon ogle each other in close quarters was entertaining, the best moments of this week’s episode was Arya vs Brienne and Jaime vs dragon. Hands down my favorite episode thus far.

All these years I wanted nothing more than for the Starks to come together and become the family they should have been before Cersei got all Queen of Hearts and said off with Ned’s head. Leave it to those crazy showrunners to give me what I want, with a twist — as always. The group of misfits I see before me are what you would call a dysfunctional family. I’m not talking about brother on sister dysfunctional, that’s just gross, but magic wielding, list of kills, I want to be in charge of everything, dysfunctional. Poor Jon is going to have to deal with some crazy family dynamics when he gets back from destroying centuries old, children of the forest cave drawings in exchange for dragon glass.

One, Arya makes it home. Hooray! She has a great moment with Sansa whilst looking at a statue of their father. Very sentimental. They even bond over the death of Joffrey for a bit. “I was angry when I heard someone else had done it,” Arya tells Sansa. Then Arya tells Sansa that he was on her list of people she was going to kill. Awkward pause, then laughter. Oh Sansa, if you only knew at that moment what you clearly learned in the next few scenes.

Two, Arya and Bran reunite. Their reunion was much more pleasant than the one Bran had with Sansa. I still cringe at the thought of him having visions of her rape. Bran does know about Arya’s list and understands it completely. Meanwhile, Sansa is like, “Who else is on your list?” “Most of them are dead already,” replies Arya. Sansa gives a little smile like she is thinking, poor girl and her made up list. Still not aware of the reality of things. Bran gives Arya his Valerian dagger during their short exchange. Of course, it is a second-hand “gift” from Littlefinger, who no one likes! I assume, he saw she may need it in her future. White Walker battle perhaps?

Which brings us to three. Arya spars with Brienne and totally wins. The lead up is fantastic! The side eye Littlefinger gives Sansa as she stares down in what first looks like jealousy, the fancy dagger twirling that Arya does to show Brienne the Valerian steel, Brienne’s face after the first move when she realizes this little girl is serious. If you notice, the only noise you hear before Brienne kicks Arya to the ground is the swords and grunting. Cue music. Arya does her spin move like something from Street Fighter and the Drunken Master and everyone realizes Arya is one bad mother (shut your mouth). Pan to Sansa. Her face though! She was struck with a slew of thoughts, all of them centered on the horror of who Arya is now. First a magic raven for a brother, now an assassin for a sister. Priceless reaction.

Then the war continues.

Dany stops listening to Tyrion and starts taking the bull by the horns, or rather the dragon by the scales, and attacks Jaime and his men when they least expect it. Dracarys! Yas Dany! (proceeds to do a little dance) The two phrases that sum up this entire battle, “Dracarys” and “Flee, you idiot.” Perfect. We finally get to see the Dothraki horde and dragons in battle against the Lannisters. It did not disappoint. Bodies turned to ash. People being cooked alive. We got to see that giant arrow launcher in action too, although it didn’t do as much damage as I thought it would. I’ll admit I was very excited and nervous when Bronn pulled back that first arrow. I had a constant look of fear on my face. Part of me wanted to see what would happen if an arrow did hit the dragon and then the other part of me was like, “serpentine patterns, serpentine!” Then when Dany and her dragon went head on toward the deadly machine, literally a million different scenarios were flashed through my head. Could she fall in the water and survive? Will Drogon glide gently on the water and drop Dany off before going out in blaze of glory? Will the arrow hit Dany instead of the dragon?

Then there is Jaime. This guy should have taken the L and lived to fight another day. But no, he wants to spear Dany in the back. Not cool man, not cool. I imagine Tyrion was surprised at how much damage had been done. While he calls Jaime an idiot for not fleeing, he still did zero to deter his brother. Tyrion watched from afar as Jaime made a stupid mistake and went charging toward a dragon. Dragon! Fire breathing dragon! He definitely would have died if he wasn’t saved by Bronn — if he isn’t dead now. It’s all speculation at this point since the freakin’ episode ended right after. Ugh, why must you play with my emotions? I would be upset if Bronn ends up dying. He makes me laugh…Dickon (LOL).

So where does this leave the game? This was clearly a win for Dany. Lots of the Lannister army had burnt and she now knows they have dragon killing arrows. Unfortunately, Drogon is wounded. So far, the only one who hasn’t taken a clear loss is Jon. He is cleaning up with his Dragon Glass. I am eager to see how Cersei will retaliate. Should be very interesting next week.