Today’s the day. Let’s help Stacey Abrams become the first African-American Governor of Georgia! If elected, she would also be the only Black person to currently hold the title in the U.S.

Let that sink in, because it’s HUGE.

What’s not so apparent from her historic campaign run, however, is how in-touch Abrams is with her zeitgeist nerd side.

Sure, on her site, you’ll find references to her side-gig as the prolific romantic suspense writer Selena Montgomery, but did you know that she writes heroines with jobs she’s always wanted – such as a chemical physicist (Rules of Engagement, 2001) and a linguist (Never Tell, 2004)? Or that she loves the show Leverage because she sees parts of her personality reflected there?

Would you know that her latest obsession is Supernatural?!

She’s more of a Dean girl, has mad love for the Impala, and was super annoyed by Sam at the tail end of season ten (when the brothers were trying to stop the ancient evil known as The Darkness).

Her (very justified) reason for the exasperation is exactly the kind of thinking you’d want from someone running for office: communication. 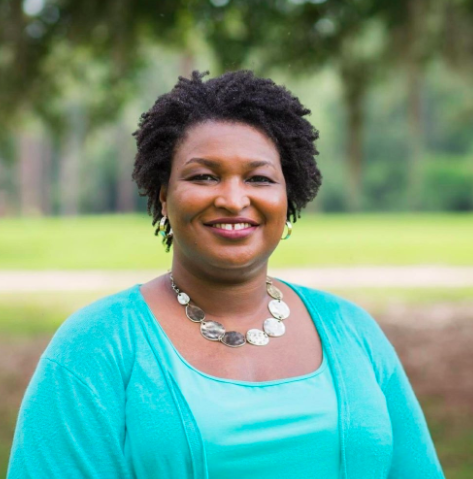 “I just don’t understand why they keep not telling each other things,” Abrams laments. “I think if you’ve watched this over years, it’s fine if you’ve watched it in a truncated fashion, where you just watched. So Galadriel just took over Sam and Sam got mad with Dean. The very next season, Sam doesn’t tell Dean he’s trying to get rid of the mark by working with Rowena. So the compression of the seasons has illuminated for me a bit of dysfunction in their relationship. You’re in the car together! The Impala, it’s not a big bench seat. Just tell each other.”

Speaking of Supernatural and The CW, Abrams’ wisdom offered on work-life balance – though unintended as such – now feels like it was prescient advice for the network (*cough* Wayward Daughters): “If you try to make everything, do exactly the same thing, it’s never going to work,” she said.

“Saturday was one of the reasons I discovered the importance of government because for those who are of a certain age, they remember when cartoons only came on Saturday,” Abrams said. “They only came on Saturday morning and they never reran. And so if you missed it, it was just done. And so I would miss the Super Friends. I would miss the Wonder Twins and it seemed deeply problematic to me and inefficient that my five brothers and sisters and I — along with my two parents — we were responsible for fixing Mississippi. I thought there should have been another institution responsible and my parents explained that’s called government. And so I became very invested in government because I wanted to be able to watch the Super Friends when I wanted to watch them. So that’s how I came to really appreciate the importance of good government.” 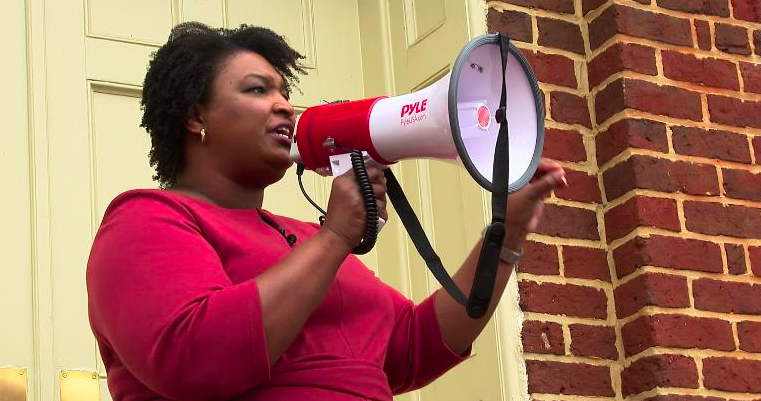 The Spelman and Yale-educated superhero finished her origin story with a twinkle in her eye.

“What I want people to understand — [service] was a regular part of our lives. It was not something that happened on occasion, but it was very much a part of who we were, so much so that when my older sister applied to college, I remember her having this eureka moment because she went to my mom to ask her there’s a section of the application for college application that was about community service and Andrea was like, ‘What is that?’ And mom said, ‘What you do every Saturday.’”

As a child, Abrams’ parents encouraged civic engagement and the pursuit of education as pinnacles of a thoughtful, caring life. Abrams and her family moved to Georgia, where her intrinsically compassionate and curious nature led her to trailblaze her own unique path as Minority Leader of the Georgia House, working across the aisle to shape her vision of what Georgia could be.

“When I decided to run for the state legislature back in 2006, part of my goal was to think about a pathway to the governor’s mansion,” Abrams said. “…whether we’re dealing with issues of education or mass incarceration, decriminalization of poverty, creating good jobs that pay well in every part of the state. All of those pieces emanate from the governor’s mansion and so, for me, the best was to accomplish my mission of eradicating poverty was to stand to be the next governor of Georgia.”

A couple of Abrams’ extensive approaches to set things right in Georgia are detailed below, but I recommend visiting her website — staceyabrams.com — to see her entire campaign platform.

Universal Access To Education – “For me, [the capacity for a broader vision of who Georgia is] begins with education. Education does not solve every problem, but without it, we know that particular communities of color and poor communities will never get started, they’ll never make it out of the starting blocks and so for me, the conversation about progress is about educating our young people from cradle to career.”

Advanced Clean Energy Jobs – “Fossil fuels will run out and more importantly, we are well aware of the long term damage that continued reliance on fossil fuels creates. Georgia is a Southern state that has not taken full advantage of it’s uniquely positioned opportunity. Georgia has mountains, which allows us to do really effective wind energy, as well as coastline. We can do hydro, we can do solar, we can do biomass. Those four advanced energy platforms create opportunities for more than 45,000 jobs in Georgia over time and those jobs run the gambit from high tech, from installation and manufacturing, to sales and accounting. They create for Georgians an opportunity to use energy to truly power our economy. No pun really intended. We aren’t going to be able to transition away fully from fossil fuels, but Georgia has the ability to be a leader in understanding how we make advanced energy a critical part of our energy mix.”

As a gubernatorial candidate, her campaign priorities emphasize her desire to find thorough solutions to Georgia’s enduring, systemic problems just as much as finding swift solutions to piecemeal problems – and she deserves all the support we can rally today.