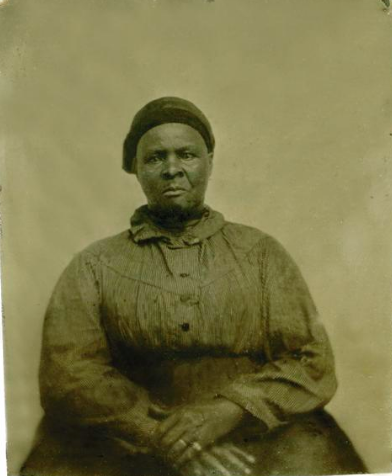 Every February, Black History Month profiles the biographies and prodigious accomplishments of Black men and women who have defied all odds and have carved their own path. Today I want to share the historical account of a woman whose life is so incredible, that she deserves her own movie — this is the story of Mary Fields otherwise known as “Stagecoach Mary”

This first Black woman employed to carry the U.S. mail has a remarkable story.

Born sometime around 1832, Mary was a born a slave in the cotton fields of Hickman County, Tennessee. Her slave owner was supreme court Judge Edmund Dunne. Mary was a striking figure in her day, outgrowing many of the girls and boys in her town. She was a towering figure who stood at 6 feet tall and over 200 lbs at the tender age of 18.

At the age of 33, slavery was abolished and Mary became a free woman. She traveled to the Mississippi River working on the steamboat Robert E. Lee as a laundress for many years. It was there where she met her former master, Edmund Dunne. He informed her that his relative Sarah, a friend of Mary’s, joined a convent in Ohio. Mary decided to visit Sarah and took a trip to Ohio to work at the convent which was certainly an anomaly for her at time.

Mary worked at the convent for nearly 15 years and received a room, meals and $50 a year in exchange for her labor. Sarah became the convent’s mother superior and went by the name Mother Mary Amadeus Dunne. Mary Fields is also notably known for her flawless sense of loyalty. She endured a 1600-mile trip by herself to help a friend who became ill and nursed them back to health.

In 1885, she spent several years helping to build the convent she worked for and also help build two stone buildings and a church.  She refused the assistance of men when carrying excruciatingly heavy loads of lumber and stone on her precious back. After the mission was complete, Mary settled there with her siblings and began hauling freight on a stagecoach for a living.

Mary loved to smoke cigars, drink whiskey, swear and carried a six-shooter pistol at her side. She developed the reputation of someone who is not to be crossed under any circumstances.  Of course, many men attempted to test this, with the false confidence that Mary was an acquiesent kind of woman. In one particular case, a man who offended her was pelted with rocks until he cried. And another who challenged her to a duel was shot so close to his head that he immediately conceded and never spoke to her again.

When news spread and reached the bishop of the convent she worked for about her behavior, it raised some concerns. Fields at this point was known not only as a gun-toting smoker with a colorful vocabulary that carried a jug of liquor with her — but she also wore men’s clothing too.

Unfortunately, this was more than what the bishop could tolerate and she was kicked out of the very convent that she help build.

However, in 1895, her reputation turned out to work in her favor. Mother Amadeus secured her a position as a mail service carrier in Central Montana. She worked in the town of Cascade and was the first and only African-American who lived and worked in town.

This was a position that was perfect for someone of both Mary’s physical stature and character.  Often times, mail carriers have to trek through hostile territories and thieves and bandits were quite common to encounter while on the trail. Her job was to protect the mail from such deviants.

Mary Fields at the time was in her 60s and was able to perform hitching horses on a careening carriage through inclement weather better than men half her age. Stagecoach Mary was the first Black female mail carrier in the history of the western United States.

The often determined and diligent Stagecoach Mary never missed a day of work, and when the snow was too deep for the horses — she would strap the mail bags to her back and deliver them on foot.

Mary delivered the mail from a period of 8-10 years and when she reached an age where she could no longer perform her services anymore, she retired.

When Mary passed, she was laid to rest right outside of St. Peter’s Mission along her old postal route.

Actor Gary Cooper, who once met Fields when he was a child, wrote an editorial to Ebony Magazine about his encounter with her. He says, “She was one of the freest souls to ever draw a breath or a .38.”

Mary lived a relatively long life and died at the age of 82. Her funeral was known to be one of the largest funerals held in town and local papers published her obituary on the front page.

Like the pieces of gun powder exploding from her gun, Mary Fields disintegrated every stereotype about her Black womanhood. And like the blocks of stone she carried, she built the dreams of future women who, too would defy all odds. Mary is an inspiration to us all and her story is to be remembered forever.