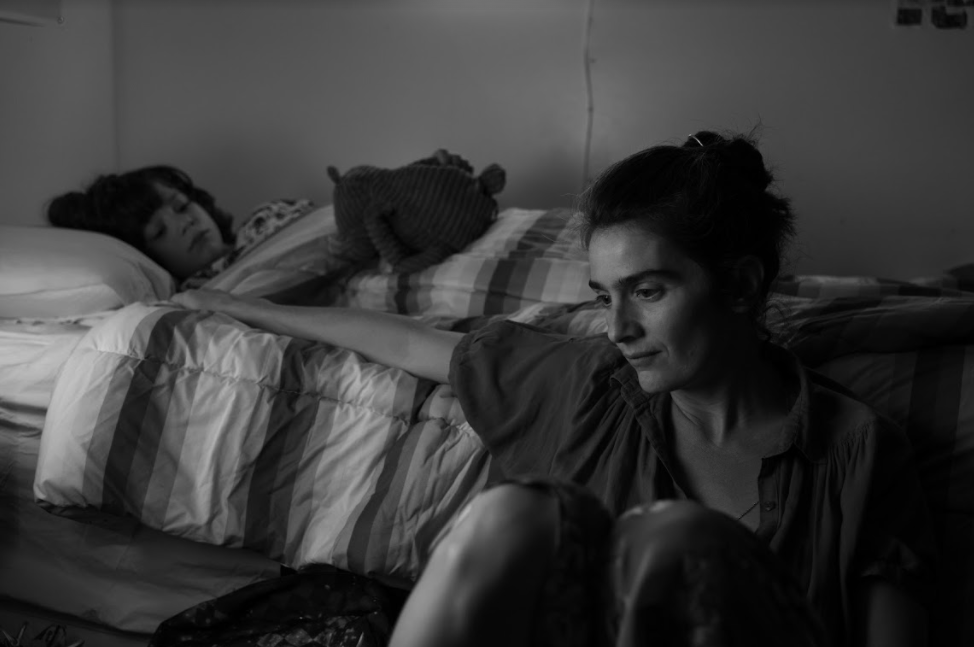 C’mon C’mon is the latest feature by director Mike Mills and stars Joaquin Phoenix, Woody Norman, and Gaby Hoffman. The movie follows documentarian Johnny (Phoenix) as he travels around the country and asks kids, mostly ages 8–18, what their thoughts on life are. In expected fashion, the kids’ answers are enlightening, heartbreaking, and thoughtful. In the middle of this traveling documentary, Johnny finds himself as the caretaker of his young nephew Jesse (Norman), while his sister Viv (Hoffman) takes care of her ailing ex.

There’s something reverent and beautiful when a seasoned director turns the camera on themselves. Mike Mill’s latest feature C’mon C’mon is a black-and-white feature that allowed the artistic director to turn the camera on himself. It’s not a 1:1 autobiography, but instead we see Mills play out scenes from his life as a new father. He captures the heart, the uncertainty, and the naivety that comes with suddenly being the caretaker of another human being.

It’s a gem of a film. Mills also makes use of quotes and books about the complexities of familiar relationships that help inform the overall tone. The performances are gorgeously subtle and understated. With a breakout performance by Woody Norman, I expect to see more from him and lots of accolades for the film.

I had a chance to hold a phone call with Mike Mills and Gaby Hoffman where we discussed familial influence and the enduring message of love.

I wanted to start with Mike. Can you tell us about the process of piecing the film together? We have the interview segments and the different book excerpts interwoven with the main story. What was that process like?

Mike Mills: I really like working that way. I like collage; I like having different elements that seemingly shouldn’t be together that you can find a way to interweave or like they resonate off each other. It’s like a chorus and a verse that really don’t feel like they should be in the same song. That’s dynamic and has energy and keeps me excited. So I’m like, “If that Jacqueline Rose quote can be in a movie, that would be a pretty rad movie, and if I could interview kids, that would be super cool, really interesting. And then if I could capture some of the intimacy of giving my kid a bath that would be amazing!”

I love that it wasn’t jarring. It wasn’t off-putting. It was just like turning a piece of a mosaic. I can see how it fit together.

Mills: I like when you say, “turning a piece.” I think it’s a nice phrase. Like turning something around in your hand and looking at it from another side.

Gaby, what was it like to get into the headspace of Viv? Especially with her being the responsible older sister, the consummate provider and caretaker, etc.

Gaby Hoffman: I don’t really know how I formed my character other than I put the pieces that I’ve been given together and walked into that space, which is a huge part of it. When you’re lucky enough to have such good writing, such good dialogue, and you have your costume and soundtrack and production design and actors, you have this whole world created. When you’ve got these great words to say, it all forms itself. It feels like a cop-out answer, but if I can just be true to those various things, then that’s my character.

One thing I really enjoyed is that she came off as being very weary but not bitter. She was loving toward Jessie, which isn’t unusual until you learn more about the relationship she had with her mother. With that being so withholding, Viv was still able to go past that and be there for her kid.

Hoffman: I have two kids, so the idea that you love your kid, regardless of how you were raised, to me that’s just obvious. I don’t know any mother, especially a single one, who isn’t weary to some extent. It’s exhausting, even though it’s the most joyful thing I’ve ever known.

It was played so naturally. Viv perseveres. She makes the trips to San Francisco to take care of her estranged husband, and she’s so giving. I like the juxtaposition between what you have going on and then we see Johnny, who is really very free and unencumbered and untethered.

Hoffman: It came pretty naturally despite the fact we hadn’t met. There was a lot of cool stuff that was just there. I attribute it mostly to Mike and his writing. Mike writes the way people talk, and Joaquin and I just had this real, goofy sibling chemistry, which mostly resulted in a lot of bad behavior on set! [Laughs.]

What was it like forming that sibling relationship with Joaquin in terms of the inherent tension mixed with love and everything, all at once?

Hoffman: That tension I think is usually there between people who have known each other their whole lives and who are struggling to take care of themselves and each other and navigate the world. It was easy to tease out all those different shades because of what we were dealing with in the scenes. We’re dealing with the complexity of what it means to love and take care of one another in this very complex world.

Mike, one thing I noticed is that while this is a very small film, we’re dealing with mental health, abandonment, and these very big thoughts that these very little people have about the state of the world. Can you expand on the idea of getting the opinions of these kids, and are you planning to do anything else with the recordings?

Mills: Well, I keep bringing it up, and no one with money says yes. [Laughs.] I would love to do a cut of just the kids because they have so much to say. That was just the tip of the iceberg. How I describe the movie is it’s an epic hiding in an intimate little movie about giving a kid a bath. But by the end, it’s four cities and all of these landscapes and these kids lives that are there. I feel like films thrive off those opposing forces within them. It’s like a combustion engine.

Do you have any overall takeaway you want the audience to have?

Mills: It’s so individual, right? I really hope that it’s beautiful and people have a lot of different takes on it, especially if they’re positive. [Laughs.] That’s just a kind of magic. People come up and say something, and it’s often really surprising. That’s when I feel like something’s alive. So hopefully there’s some pro-connectivity and pro-having the space to understand how hard and how easy it is to love each other.

C’mon C’mon is a film that is easy to love and appreciate. It is showing in theaters (November 2021).

Review: ‘C’mon, C’mon’ is a Little Movie with Big Themes

On its 25th Birthday, ‘Now and Then’ Resonates Differently as an Adult