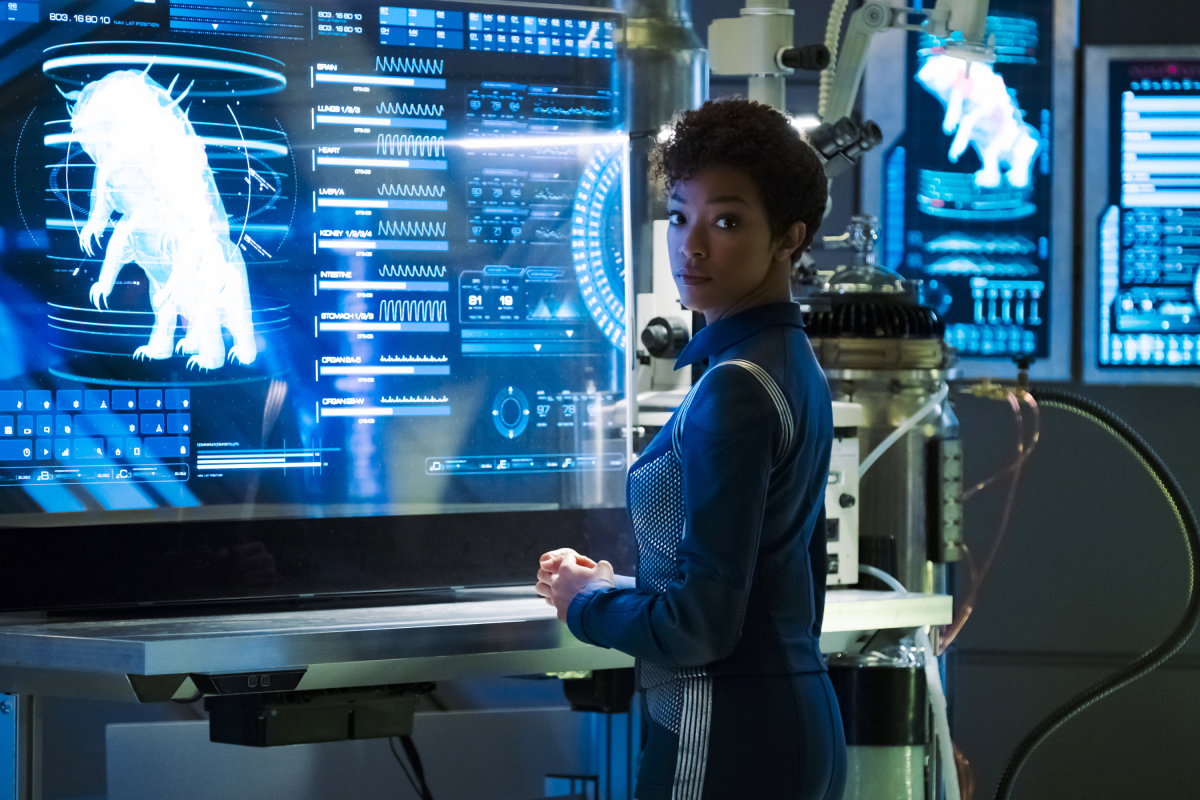 In “The Butcher’s Knife Cares Not for the Lamb’s Cry,” the fourth episode of Star Trek: Discovery, the action picks up the day after the last episode’s Battle of the Binary Stars. The Klingons are attempting to capture a key Federation dilithium mining colony. With no other ships close by, Captain Lorca tells Star Fleet Command that The Discovery now can make the jump in time using their new drive. But Lt. Stamets tells Lorca it’s not possible to make such a big leap because they are missing the supercomputer from the USS Glenn. Lorca orders him to find a way.

Lorca also orders Burnham to weaponize the creature he brought on board from the Glenn, and Landry is told to keep her on track. But Burnham thinks the creature, now believed to be related to one of Earth’s micro-animals called tardigrades, is sentient. She is reluctant to harm it — even after it kills Landry — since Burnham believes it attacked in self-defense.

The Klingon side of this episode takes place on what’s left of T’Kuvma’s ship, where Voq the Torchbearer and L’Rell, T’Kuvma’s right hand, are trying to repair their ship and feed the crew by scavenging the debris field from the battle. They have been left behind to fend for themselves as the other houses’ leaders left to prepare for war. L’Rell tries to convince Voq that they should take the Shenzhou’s dilithium chamber, but he is reluctant.

Kol, the Klingon leader who dissed T’Kuvma in the pilot, returns and says he wants to help Voq and his crew repair the ship and the damaged cloaking device. Voq and L’Relle retrieve the dilithium processor but Kol steals it, the cloaking technology, and Voq’s starving crew, who he wins over with food. L’Rell seems to betray Voq, too, but only to keep him from being killed by Kol, she later confesses. After leaving with Kol initially, she steals a shuttle and returns to the Shenzhou where Voq was left to die alone. She promises him that she will help him find a way out and win the war, but to do so, he will have to sacrifice everything.

On the Discovery Side:

Landry’s death was badly written. The’s show’s creators said that they wouldn’t be afraid to kill off major characters, but we didn’t even have a chance to get to know her long enough to care whether she got killed or not. It was like she was a Red Shirt. What a waste of Rekha Sharma’s talents.

Lorca only has only a few hours to get the new drive online and Burnham could help figure that out. Instead, he assigns her to weaponize the tardigrade which is a waste of talent, something he has said he despises. It works out in the end, but that’s just luck.  Maybe Lorca’s secret addiction is games of chance.

Torturing the tardigrade to develop a weapon, then to power the drive, doesn’t ring true for the Federation, wartime or not. “Devil in the Dark,” from Star Trek: TOS, is a good example of how they normally handle this type of story on a Trek series: stop the torture and find a workaround. Fiction or not, that part of the episode made me queasy.

The mining colony in distress scenes were bad. I mean cringe-worthy. At one point, an adult voice actor badly mimicking a child crying, “mommy” made me laugh out loud. Also, in the final shot of the colony, a child looks at the Klingon ships burning up in the atmosphere and says, “Who saved us?” and I swear I expected the guy holding her to say, “I don’t know. But he left this silver bullet.”

On the Klingon Side: 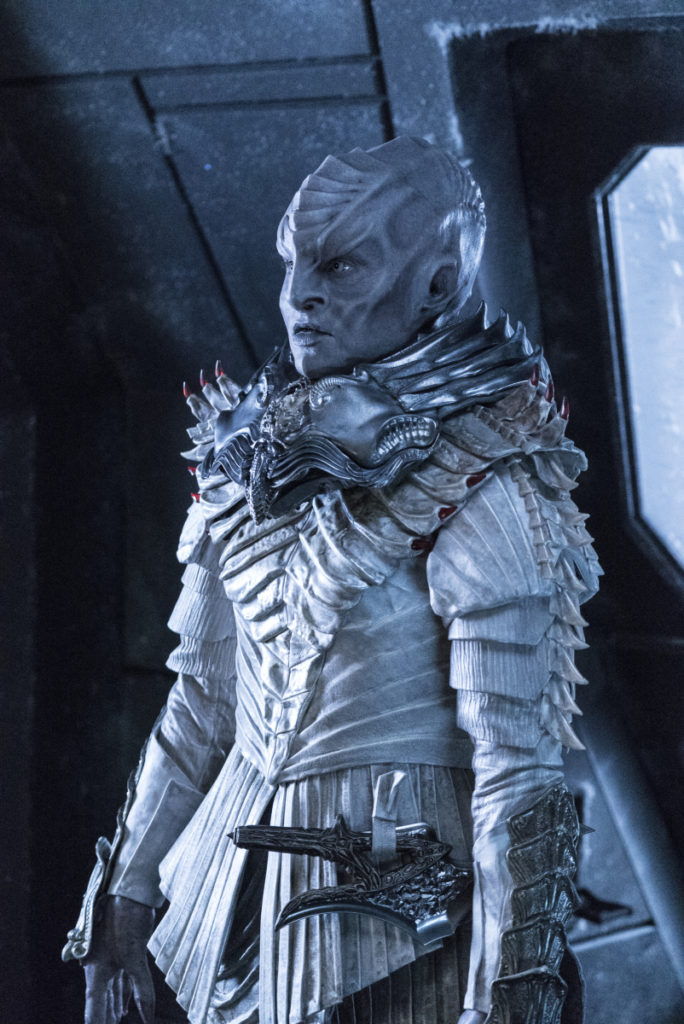 There’s not much to tell here, other than the fact the L’Rell is apparently going to take center stage on that side of things down the line. She states that she prefers to be behind the scenes and doesn’t want to be in a position of leadership, and she wants to be Voq’s kingmaker, but she’s definitely no shrinking violet. As an aside, I really like Mary Chieffo in this role. She’s doing a lot through all that makeup.

It wasn’t a great episode. It felt Trek-like but there was a dissonance since the actions of many of the characters were counter to what you might expect of similar Trek characters. Also, there was a lot of action, but not a lot of character development. We still don’t know much about what makes Discovery’s crew members tick. We’re only four episodes in, so I’m not going to be too hard on them, but all action and no character development will make Star Trek: Discovery a very dull show.