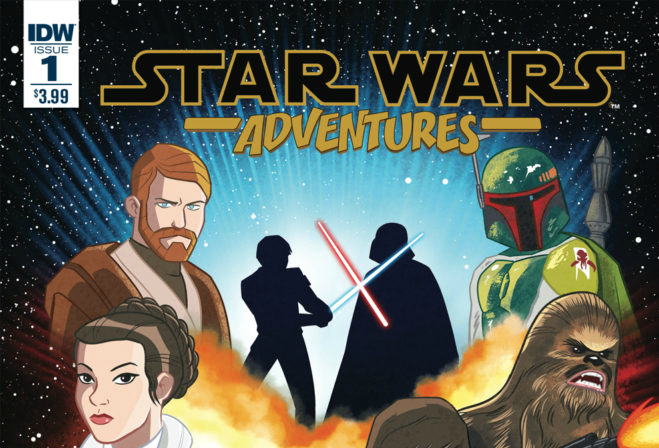 Star Wars Adventures has been a very highly anticipated release, and this issue doesn’t disappoint. This first issue has two stories. The first story is an adventure with Rey set before Bb-8 and Finn entered her life.

The story opens with Rey defending one of her scavenger hauls from some thieves. Upon her return to NIIMA Outpost Rey discovers that Unkar Plutt’s trading post has been attacked and Unkar has been kidnapped

The other Jakku natives don’t show much concern for Plutt’s fate but Rey senses that the next junk boss will be worse so she heads out to rescue Unkar. 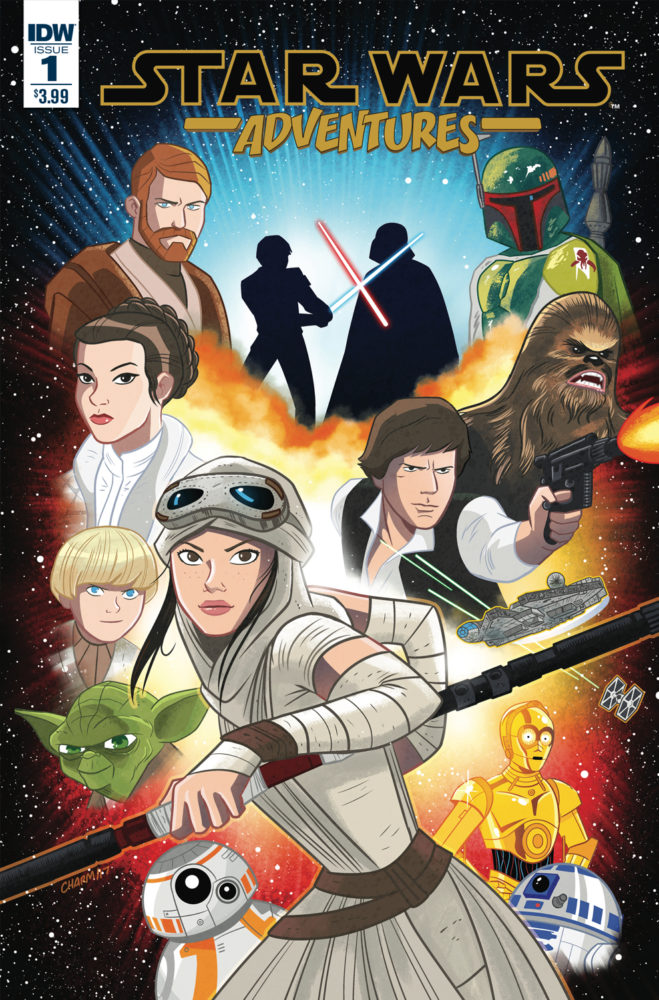 This was a fun story. It connects really well with Rey’s adventures in The Forces of Destiny series. This story also has nice little cameos from characters in The Force Awakens like Constable Zuvio and  Bobbajo.

The second story is a backup feature called Tales From Wild Space. Wild Space and the Uncharted Regions have been a big part of the new canon stories.

This segment introduces readers to Emil Graf grandson of Milo Graf. Milo and Lina are the main characters in the middle-grade series Adventures in Wild Space by Cavan Scott, the author of this issues stories.

Emil shares a story with his droid that his Aunt Lina told him set in the Old Republic. It is a short fun story centered around Dex’s diner and a young Obi-Wan Kenobi.

This story is a nice showcase to what SW Adventures is going to be able to offer fans in the future. I’m looking forward to seeing what other characters are showcased in the future.