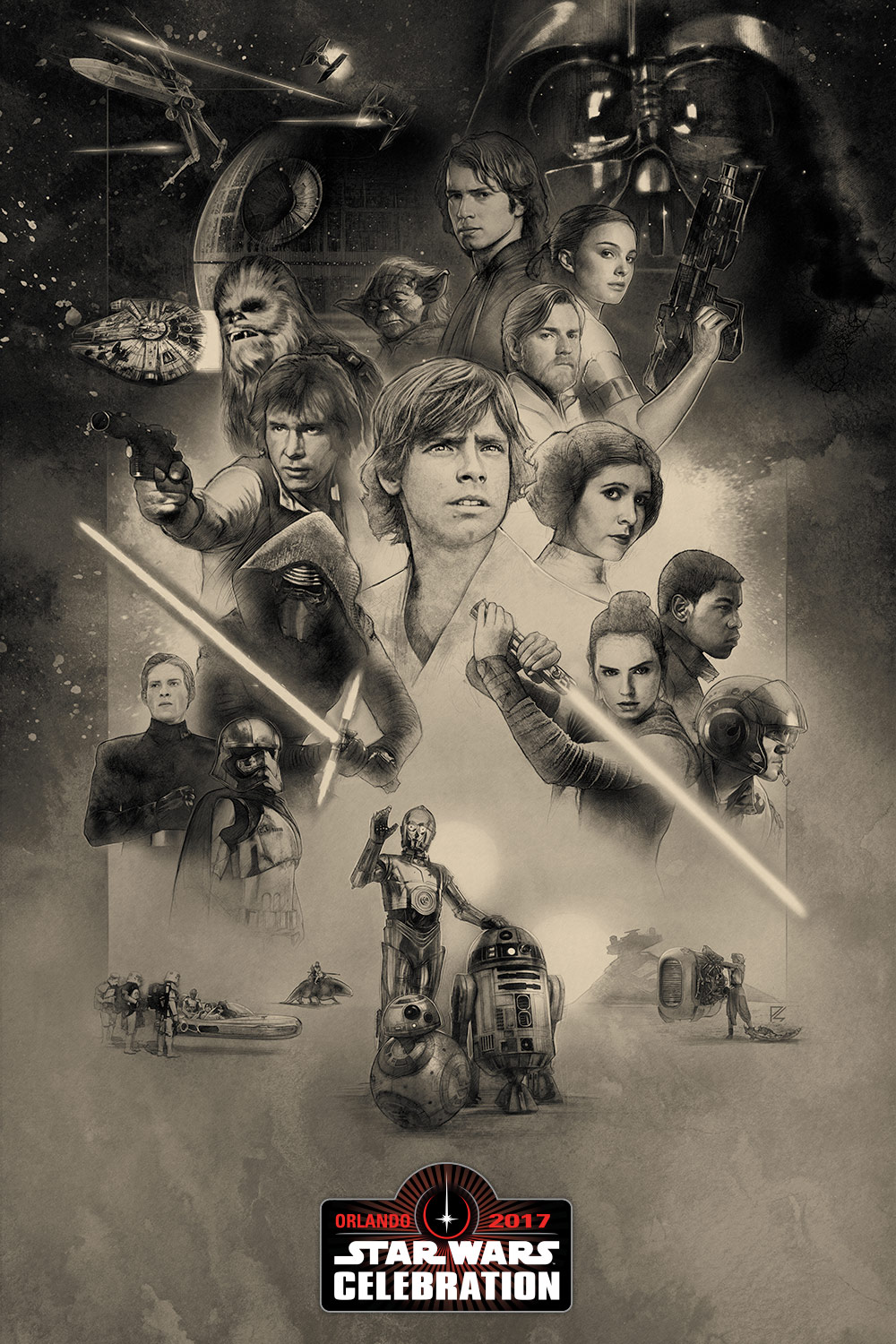 I can’t remember the first time I saw Star Wars. I know I was young, but I can’t tell you the time or the place. From watching the originals every Christmas as a child to devouring the books in high school and later to watching the prequels, the Clone Wars, and now this new chapter, it seems like Star Wars has always been a constant in my life. My relationship with Star Wars, for the most part, has been a solitary one. I didn’t grow up with friends who were into it. It’s one of the reasons that I never went to Celebration. I never had the money to go alone or anyone to go with. Celebration was always this mysterious other world to me. The live feeds gave me a peek, but I still had little idea what to expect.

My first panel of my first day of my first Star Wars Celebration was the 40th Anniversary panel. I can’t think of a better way to begin. In that room, surrounded by people who loved this world as much as me, all the problems I had with the lack of representation, the gripes against the prequels were forgotten. For an hour and a half, it was all about the love and, yes, a celebration of this monumental work that has brought generations of fans joy and inspiration.

Kathleen Kennedy began the panel by introducing George Lucas, who walked onto the stage to the roar of the audience. Everyone was up on their feet, lightsabers waving in the air. Warwick Davis, who began his career as Wicket in Return of the Jedi hosted the panel. George spoke candidly about the genesis of Star Wars and the process of working with producers and the actors to bring it to life. What followed was a parade of guests from each of the various sides of Star Wars. Ian McDiarmid (Palpatine) and Hayden Christensen (Anakin Skywalker) represented the prequels. Hayden was nervous, but there was an ease to their interactions that made it evident that their mentor/mentee relationship carried on off-screen as well. Speaking of mentor relationships, Dave Filoni, who has extended the universe with The Clone Wars and now Rebels, talked about the influence Lucas had on him and his work.

They continued to introduce people vital to the films. Liam Neeson and Samuel L. Jackson gave video messages, joking about a secret Jar Jar Binks movie and the return of Mace Windu, respectively.  Anthony Daniels (C-3PO), Peter Mayhew (Chewbacca), and Billy Dee Williams (Lando Calrissian) were brought out together, followed by Mark Hamill. If George Lucas was the first big surprise, Harrison Ford was the second. I can’t adequately describe the sense of wonder that came over me seeing Mark and Harrison, two-thirds of one of the most influential trios to me, and the creator of Star Wars, talking about their experiences filming, getting the job and joking about some of the lines they refused to say.

Threading through that wonder was a feeling of great sadness that the trio would never again be complete, in life and the films. We lost Carrie Fisher in December, and though she wasn’t at Celebration, her presence could be felt everywhere. George Lucas and Kathleen Kennedy spoke about Leia and Carrie, what both she and the character she embodied meant to them. If Leia was our Princess, Carrie was our Queen. His voice thick with emotion, George said of her “She [Leia] was the boss. It was her war… When Carrie came in, she was that character. She was unyielding, very smart, very funny, very bold, very robust.”  Billie Lourd, Carrie’s daughter, gave a moving tribute to her mother. She summed up the kind of person her mother was: “She was imperfect in many ways, but her imperfections and willingness to speak about them are what made her more than perfect. My mom, like Leia, was never afraid to speak her mind and say things that would make most people uncomfortable but not me and not you. That is why she loved you.” And we loved her back.

A video tribute to Carrie followed Billie. It was filled with behind the scenes footage as well as clips from her interviews over the years. It emphasized how funny she was and how her personality could fill a room. We thought the panel was over after the video, but then the camera panned over to reveal a full orchestra led by none other than John Williams. They launched into the Princess Leia theme. I said earlier that this panel was a celebration of all things Star Wars. It’s fitting that it ended with a focus on Leia and Carrie. She remains one of the most important characters in the series and to the fans.

You can watch the entire panel below: