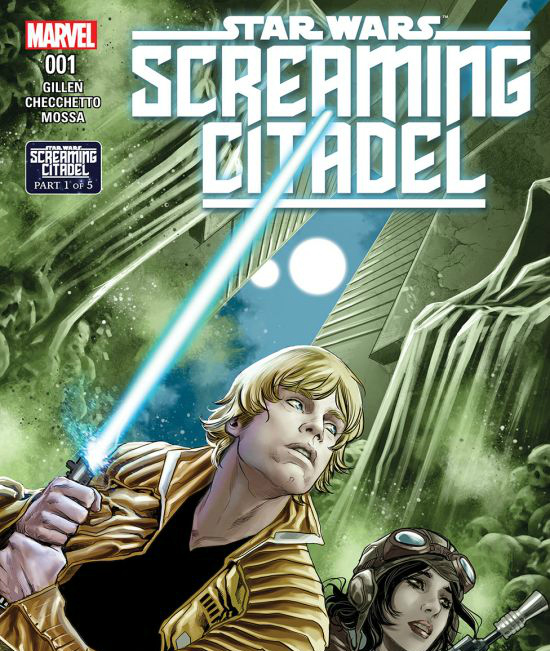 The story opens with Luke Skywalker walking into a very bad cantina, on an Outer Rim planet. Of course, our young farmer finds himself in an epic brawl, but Doctor Aphra enters to help end the fight and bring a whole new level of threat to Luke’s life. 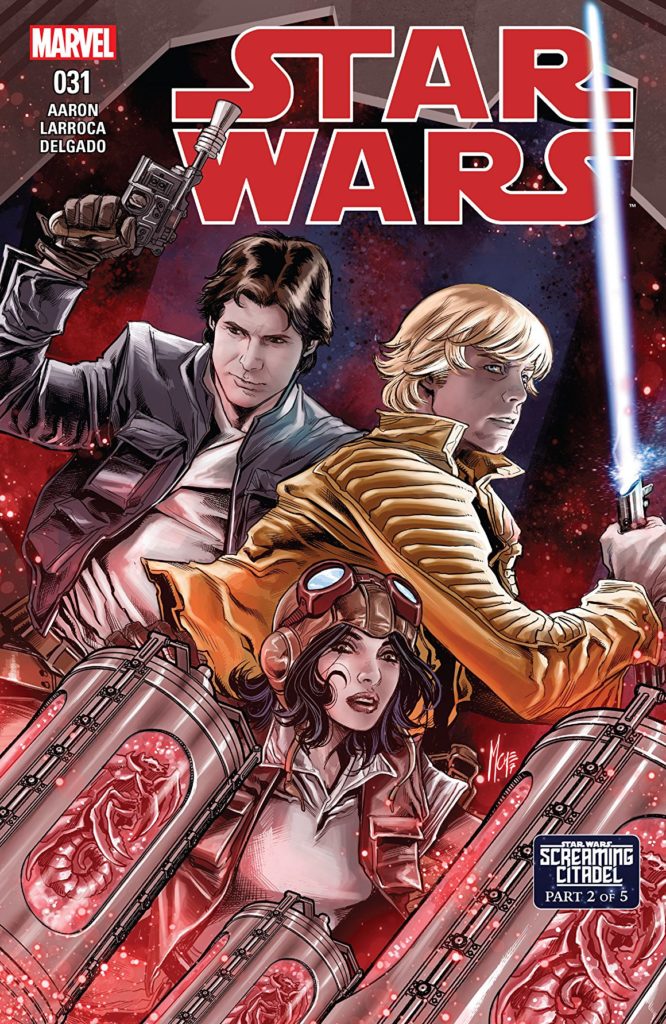 These two haven’t had the best of histories (see Vader Down), but Aphra has an artifact that contains the consciousness of an ancient Jedi Master. Aphra promises Luke she just needs him to make a good impression on the Queen of Ktath’Atn and then they both will reap the benefits of an activated artifact.

So what’s a naive farm boy searching for Jedi guidance to do? Follow a dangerous woman.

Luke leaves without a word to his friends and arrives at the Citadel, a dark, gothic castle with creepy staff and a Queen whose true purpose for her yearly gathering is deadly. 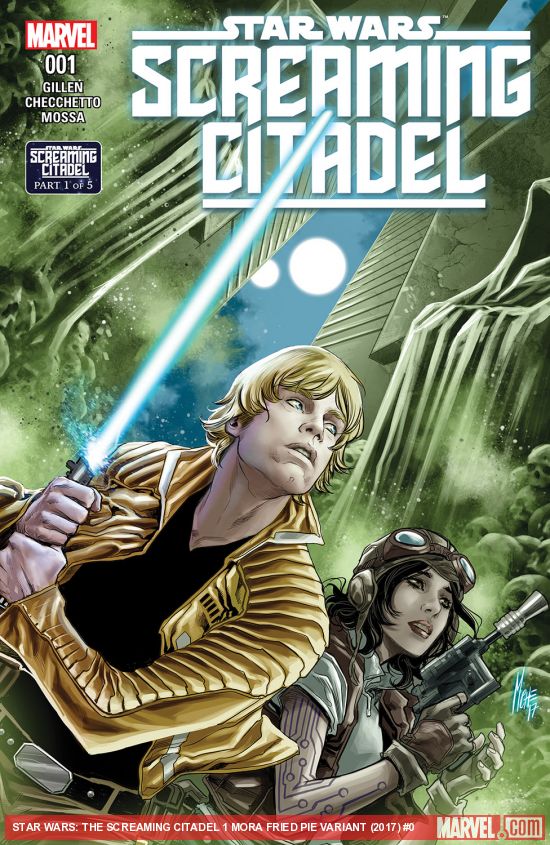 The art in this series is gorgeous, I literally sighed while turning the pages.

Gillen and Aaron’s scripts really put Luke and Aphra center stage. The duo have a nice chemistry. They also manage to convey an energy of threat to all the characters involved, which isn’t easy since the are still working in the time frames between Episode IV & V.

Aphra revels in teasing Luke, but his innocence does touch her — especially when she has the opportunity to escape with her prize, sans Luke.

It’s a good thing Han, Leia, and Sana are on their way to help their friend. I won’t spoil the Queen’s power in this post but it’s a nice nod to a classic monster and wonderfully done.

The series has five issues and it runs through the Star Wars and Aphra books. A terrific read! I’m excited about the final issue.