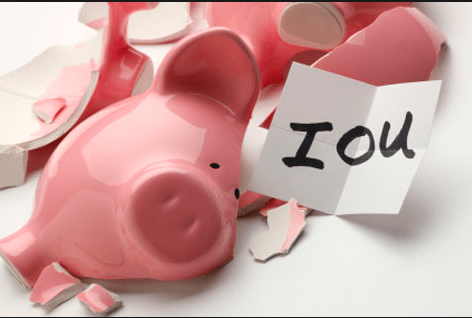 This week 20 candidates from the Democratic Party will present their case to the American public as to why they should become the next president of the United States and inevitably beat Donald Trump.

Starting July 30th and July 31st the 2-night event will feature Democrats who are fighting for a myriad of issues that are currently impacting the American people. And no matter what side of the aisle you’re on, it is certain that many of these policies and plans will have a major impact on Americans. From healthcare to job creation, and that pesky little irritant that has plagued many postgraduate students (including the person writing this) — student loan debt.

There have only been two candidates thus far who have been a bit more vocal and louder than the other candidates on this issue, and that is Bernie Sanders and Elizabeth Warren. It’s not surprising that these two are the more progressive candidates out of the bunch and are in the business of not only changing the way things are done but reforming the system altogether.

On night one of the debate, both Sanders and Warren will share the stage and may present the opportunity for the two progressives to separate themselves from the rest of the centrist establishment pack. It could also split the vote amongst progressives as the two draw lines in the sand if they’re pitted against one another from questions given by the moderators. As of today, a poll conducted by Quinnipiac University, suggests that Joe Biden is leading and Bernie Sanders is a close second. Biden is also leading among African-American voters. African-American voters tend to be pragmatic, and pitting Biden against Trump may seem like a practical win for Democrats. However, if you carefully review Biden’s plan for student loan debt, it’s pretty vague what he plans to do on the issue.

Teachers shouldn’t have to worry about how they are going to make their student loan payments while they are busy educating the next generation. Biden will see to it that the existing Public Service Loan Forgiveness Program is fixed, simplified, and actually helps teachers.

Hopefully, during the debate or during the process of his campaign he will expand further on this verbiage from his site which tells us nothing more than empty platitudes. Using colorful rhetoric isn’t enough for a country that is drowning in student loans. The United States is the only country in the world with the highest student loan debt. According to the Institute for College Access & Sucess, there are currently 44.7 million borrowers of student loans and a total debt of $1.56 trillion. This debt stems from 66% of public colleges, 68% of private non-profit colleges, and 83% for-profit colleges.  Sadly, these numbers are growing exponentially.

Black students borrow federal student loans at higher rates than other groups of students. An estimated 77.7% of Black students borrow federal student loans to pay for higher education. This figure is significantly higher than the national average for all students (60%) and for white students (57.5%). And almost two-thirds of all student debt  — nearly $929 billion as of 2019 — in the U.S. are held by women.

In 2007, Congress passed the Public Service Loan Forgiveness program (PSLF). Those in debt making 10 years of dedicated payments could have their loans wiped clean and all is forgiven.  However, in an investigative story by CBS News, it was found that the program had a 99% rejection rate among those who applied. Ouch. Student loan debt has grown so much that it is now bigger than credit card debt. And unlike credit card debt, you cannot bankrupt a student loan. And in some cases, you can’t even discharge a student loan after death. Frightening.

Both Sanders and Warren see the problems surrounding this issue which is why both have chosen to bring it to the forefront of each of their respective campaigns.  In the case of Massachusetts Senator Elizabeth Warren, according to her site, she plans to do the following:

Cancel debt for more than 95% of the nearly 45 million Americans with student loan debt.

Cancel the entire $1.6 trillion in outstanding student debt for the 45 million borrowers who are weighed down by the crushing burden of student debt. This will save around $3,000 a year for the average student loan borrower.

Sanders also has a plan to further invest in the education of African-Americans by providing reduced tuition rates to HBCUs (Historically Black College and Universities) for low-income students. 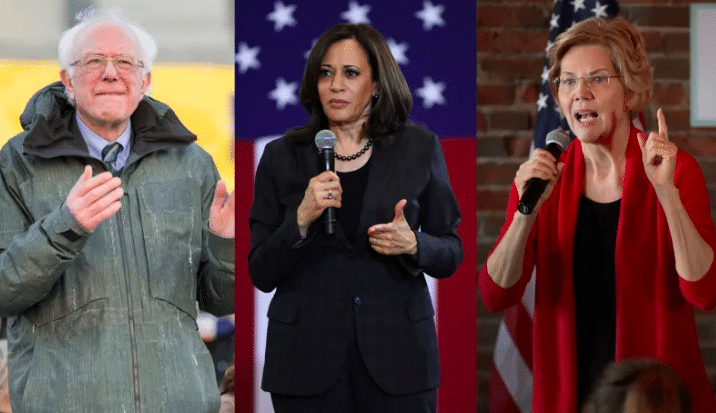 California Senator Kamala Harris also has a student loan forgiveness program targeted to Black students, which unfortunately comes with several conditions and doesn’t eliminate all of their debt. She proposes the following:

Participants can have up to $20,000 of debt forgiven and can defer all of their student loans, interest-free, during a business-formation period that can last for as many as three years.

In other words, you must be a Pell grant recipient who starts a business for at least three years in disadvantaged communities. That narrows down the playing field substantially.

Why should student loan debt be forgiven?

There can be several arguments made as to why student loan debt should be paid and why it should be forgiven. In today’s job market, having a college degree on your resume is a requirement just as much as it is a requirement to have a high school diploma.  College tuition rates and fees for books, lodging, etc increase every year. The cost of textbooks is a crime — college bookstores and textbook publishers should be ashamed of what they charge students.  Although I attended college several years ago, I remember paying nearly $600 for a textbook.  This was before Amazon.com became the popular marketplace that it is today.  It was because of expenses like this that I was forced to take out more private loans to supplement the little I received in pell grants when I attended college.

And the numbers do not lie, student loan debt does disproportionately affect Black students which continue to sow the seeds of economic injustice to the African-American community. Billionaires like Robert F. Smith obviously sees this as a problem, giving Morehouse students a large grant to pay off the debt of the 2019 graduating class.

How are we going to pay for it?

In a world where our military spends billions of dollars in defense occupying countries during peacetime with nearly 800 military bases — more than any country in the world — asking how to pay for our children to get access to the education they need to build a more sustainable future shouldn’t be the question. Instead, what should be the question is why Trump gave a $1.5 trillion tax cut for the wealthy? That money could have gone to pay for the student loan debt crisis. Hey, but millionaires and billionaires need a break too right?

Warren says she would pay for her plan with a tax on multi-millionaires and knock back student loan debt for 95% of students.

Sanders will pay for his plan with a new tax on financial transactions including reforming Wall Street. I’m sure this would change the current corporate loophole Amazon has taken advantage of — an 800 billion dollar company paying zero dollars in corporate taxes.

The student loan debt crisis is not going away, the more it is ignored, the bigger it grows.