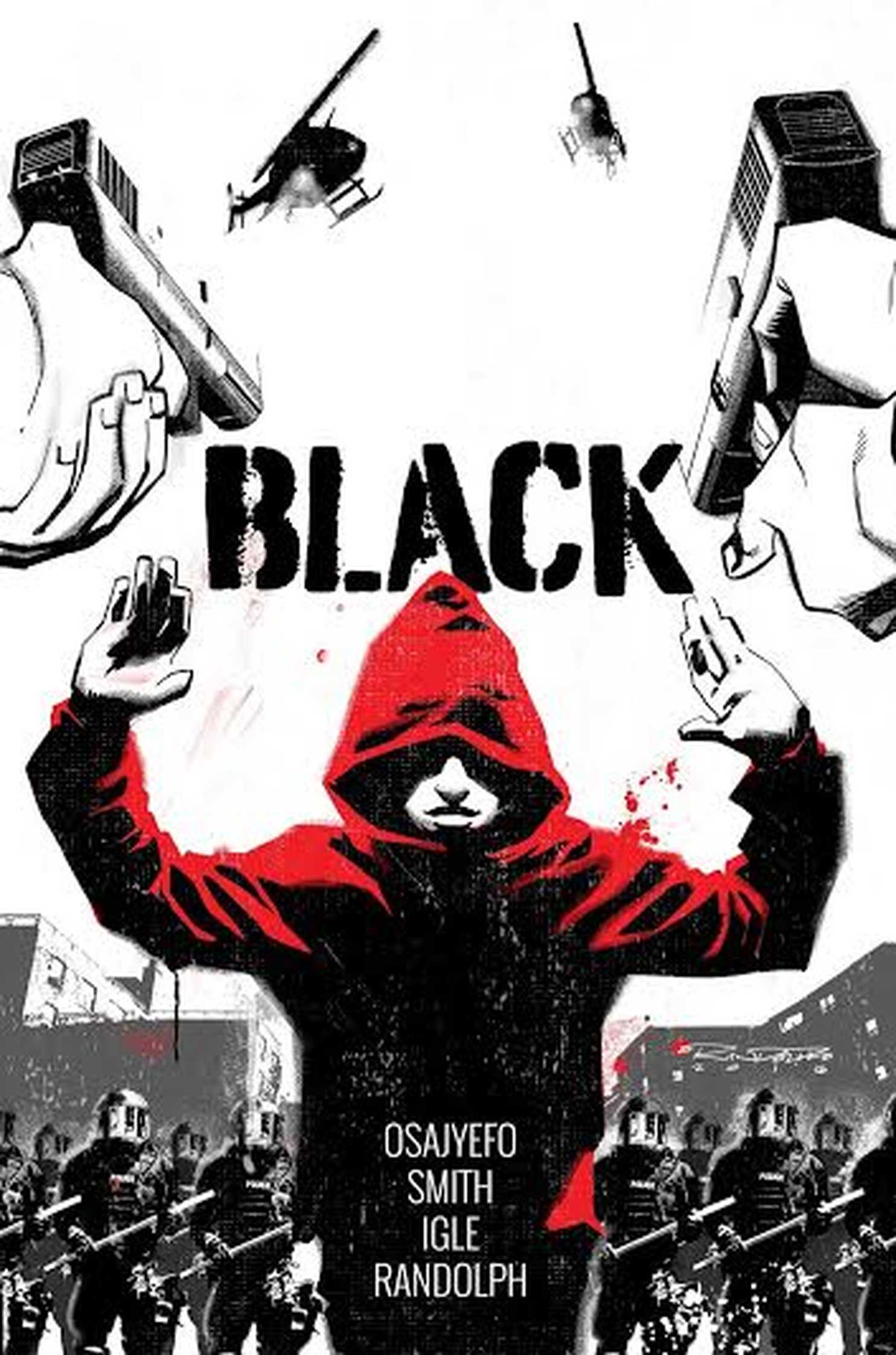 Launched as a Kickstarter in the beginning of 2016, Black gave us a world where only Black people had superpowers. The comic book tells the story of Kareem Jenkins, a Black teenager who gets gunned down by police. A scenario that is unfortunately all too familiar to us, co-creators Kwanza Osajyefo and Tim Smith 3 shifted what could have been another tragic ending into a story about not only Kareem finding out he has superpowers but also discovering he isn’t the only one. There is a global conspiracy trying to suppress the knowledge of superpowers within the Black community. Jamal Igle’s beautiful art and Khary Randolph’s stunning covers are the perfect fit for this timely story.

Black was picked up by Black Mask Studios, a a comic book publishing company, and recently wrapped up its 6-issue series. Today it was announced by Deadline that Studio 8 optioned the comic to possibly turn it into a movie. Studio 8 was founded in 2014 by the former head of Warner Bros. film division and they have a distribution deal with Sony’s Motion Picture Group. Their main release thus far has been Ang Lee’s Billy Lynn’s Long Halftime Walk.  Osajyefo and Smith 3 are coming on board as producers. No word is out yet about possible screenwriters.