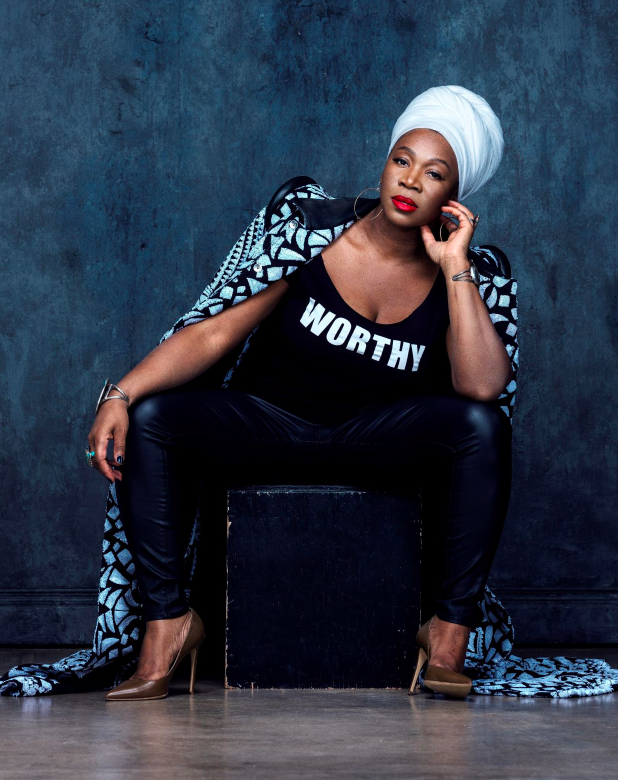 India Arie is a four-time Grammy award winning singer-songwriter and in early spring she celebrated the 20th anniversary of her first album, Acoustic Soul, released in 2001. Her songs have appeared on movie soundtracks and her voice on singles for charity. Her collaborations are diverse — from Carlos Santana to Musiq Soulchild. Oprah has put her on the SuperSoul100 list as a result of Arie’s contributions to social awareness.

Still, Arie has somehow remained under the radar. She is famous enough but nowhere near the megawatt of celebrity that a talent like hers invites.

In a phone call with BGN she talks about what she’s been up to music-wise, her recent contributions to Hot Docs film festival documentary, Subjects of Desire, and just about anyone or anything else.

What’s going on in your life that you’d care to share?

I had a really big year in 2019, so in 2020 I really rested. I did a few guest appearances with a few artists and they are out on Spotify and everywhere else now. I did a song with a group called Beautiful Chorus, and if someone doesn’t know who they are, they are someone you want to know. Their music is really beautiful, and they have a unique approach to what they are doing. I love their music.

I did a song called “I Am” with Beautiful Chorus, and I did another song with an artist from the UK named Jake Isaac. It’s a really beautiful acoustic duet called “Gold.” I did another song with this singer named Melissa Polinar. She’s just great, and she sings great. She played great guitar. We wrote a song together. I have a few other things, too, from 2020 coming out in the next few months, but it’s not time to announce yet.

How did you get involved with the documentary project in 2019?

I did it as a favor for my friend Lyriq Bent, who was in my short film, Welcome Home. He told me what it was about and about his friend Jennifer [Desire filmmaker Jennifer Holness], so I said yes.

You’re known for allying natural beauty in Black women, and yet here we are with Subjects of Desire. Why was this documentary still necessary?

I’ve been asking myself that same question. I have a character trait that is a good character trait to have but I also think it is sometimes self-defeating: I see the best in everyone. So when we have conversations about colorism or ideals, especially the colorism conversation, I’m like, “We’re still doing that?”  Because I don’t have it.

People see me and I’m very Black, into my Blackness. I have an ethnic face. My songs are very much geared towards Black people — all people, but often Black men and Black women. So they imagine, I think, that I have all the cultural pain, too. I have some, but this I don’t have.

My grandparents were militant, and my mother was militant. They told me [colorism] was a small-minded way to look at Black people. I was very young when I was taught this, so I grew up thinking you don’t do it. I’m always surprised when people do it to me. I’m always like, “That’s your stuff.”

As a public person, I have to answer certain things, but this one is always hard for me to answer because I don’t look at light and dark. I love Black people. I love all kinds of Black people.

I don’t have much to say, but the reason why we still need to have it is because it’s still a big cultural pain. Not just colorism, but also white supremacy. Eurocentric beauty ideals are considered the standard and [this documentary is] opening people’s eyes and letting them see things for themselves instead of seeing what they are told. I love that she did this documentary. I also hate that she had to.

Loved your version of I Am Not My Hair with Pink. What do you remember about those collaborations?

Actually it was her idea because she had the pink hair and when she stopped dying it pink, people were giving her a little bit of grief over that. So she said she’d love to sing on it. I thought it was a great idea. She’s one of the best vocalists of our generation.

I would have never thought of her for it but she was right about it. I remember being in the [studio] with her. The Oscars were on that day. We were watching the Oscars and recording, and her husband, Cory,  he was her boyfriend at the time, was there, yeah. We hung out. I really love Pink. I love her talent, and I love working with her.

Great memories. You mentioned in the documentary that you love documentaries. Name some that you’ve seen and why you like them in particular.

What you’re listening to you don’t remember. [Laughs.] Unforgivable Blackness comes to mind. I loved the documentary so much that I bought it. The Shirley Chisholm Unbought and Unbossed — she ended up being the hero of mine once I saw the documentary. I bought many copies and kept giving them away because people were like, “I’ll take this,” so I’d give it away and buy another.

I loved the Ken Burns documentary about New York [New York: A Documentary], and I watched it twice. They started with the Native Americans and went all the way to the present day.

Your music has meant so much to so many people. When concerts re-open, will you tour again?

I don’t know. I’ve said it on talk shows, on my podcast, and many times publicly that I’ve decided to take semi-retirement because touring is too hard on the body. Also, I don’t get paid enough so I don’t have all the comforts that I need. I end up hurting myself every time. I want to do some sort of gathering that is more intimate than a concert but not next day, next city, next city, next city.

I am working on what that looks like but I don’t see myself as a touring artist anymore. That also goes back to the Subject of Desires documentary because Black artists just get paid less. I’m not talking about the biggest Black artists, but that’s a whole other conversation about what they have to do to be that big. But you just get paid less. I would like to be with the fans but I’m not going to be hurting myself like that.

Who are you listening to these days?

In 2020, I started listening to a lot of Eastern music. I just got turned onto Spotify. I knew what Spotify was but I didn’t really use it. I didn’t really know what a playlist was even though I was on a playlist!

I realized I liked listening to a lot of Hindu religious music because they do it with all different styles of production. Some have a jazz feel. Some of it has a reverential quality, and the singers are always great. I don’t know a lot of the names of the people, I just know [voices] and I love it. My favorite artist of the last, say five or eight years is Gregory Porter. I just think he’s so great.