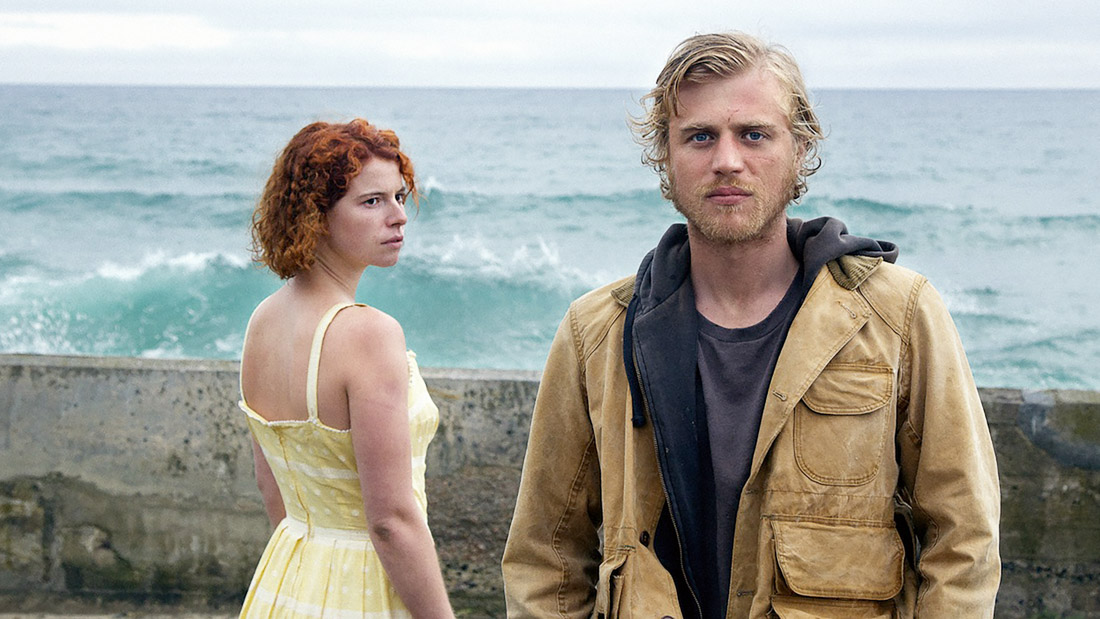 Beast is another movie about people getting away with murder. Now, I can give props where they are due, as director/writer Michael Pearce tries to present this Bonnie and Clydesque thriller in a semi-original way. Unfortunately, its potential is weighed down by 30 minutes of unnecessary cinematic self-indulgence. Why is it necessary to add extra scenes the audience doesn’t need? Are writers so attached to the material that they can’t let go? The audience shouldn’t be held hostage by any film. It only takes 10 minutes to ruin a good thing, yet directors and writers continue to ascribe to this standard, and I’ll never understand why.

Moll (Jessie Buckley) is 27 and still living at home. Nothing is wrong with that, of course, but she’s home for a frightening reason, as she needs monitoring. Deep within that unassuming exterior, Moll has a seething hatred for humanity and isn’t afraid to show it. Stifled by the Jersey Island community, Moll’s aggression is boiling over, and she’s aching for a way out. Pascal (Johnny Flynn), the elusive, heartthrob loner, comes along to sweeps Moll off her feet.

This isn’t the whimsical love affair both of them expected. Pascal is of low social class, and no one can figure him out, not even Moll, but that’s why she loves him. Moll breaks free of her family and moves in with Pascal (against her mother’s wishes), to start a new life, but things goes topsy-turvy when Pascal is arrested as the key suspect in a series of brutal murders. Choosing to stand by her man against the suspicions of a town, Moll finds herself forced to choose between saving herself or saving the man she loves.

Pearce does well with displaying this relationship’s many transgressions. The way Pascal revels in the disapproval of Moll’s family, the history of criminal violence, the motive to commit murder. It’s all there, and yet, a bit of doubt still lingers that maybe as a viewer, I’m coming to the wrong conclusions.

As for Moll, her troubled, unhappy nature is not calmed in any way by this new romantic excitement. In fact, it awakens a dormant rage that she can only express around someone like Pascal. Inevitably, the couple is drawn into the circle of brutality, and the film becomes less a psychological drama and more an episode of Law & Order: Special Victims Unit as the gorgeous town of Jersey descends into hysterics trying to find the killer.

Is Pascal the town killer or is he innocent? He’s got a prime poker face, so what is he hiding? I mean, does Moll even care? She’s so desperate for someone to love her, she’s willing to forgo all morality and common sense. But it makes sense when your family is rigid and toxic. It’s easy to fall into that vicious cycle when toxic relationships are all that you know.

Now, if that’s the theme here, why not focus on it? Instead of bringing up a lot of issues yet never expanding on any of them with enough depth to nail down the central point. A film that stars with such promise kills itself

Beast starts with such promise but ends up being is more difficult than it needs to be. It takes too long and gives too little. That extra 30-minutes is a strike against the narrative, as it doesn’t help the audience understand what Pearce is trying to prove. Sometimes you have to know when it’s best to wrap it up. The audience doesn’t need every little detail explained, and every question answered, especially when the plot is as straightforward as they come.

*Beast is part of The Sundance Film Festival Spotlight program, which consist of films that have played throughout the world.*