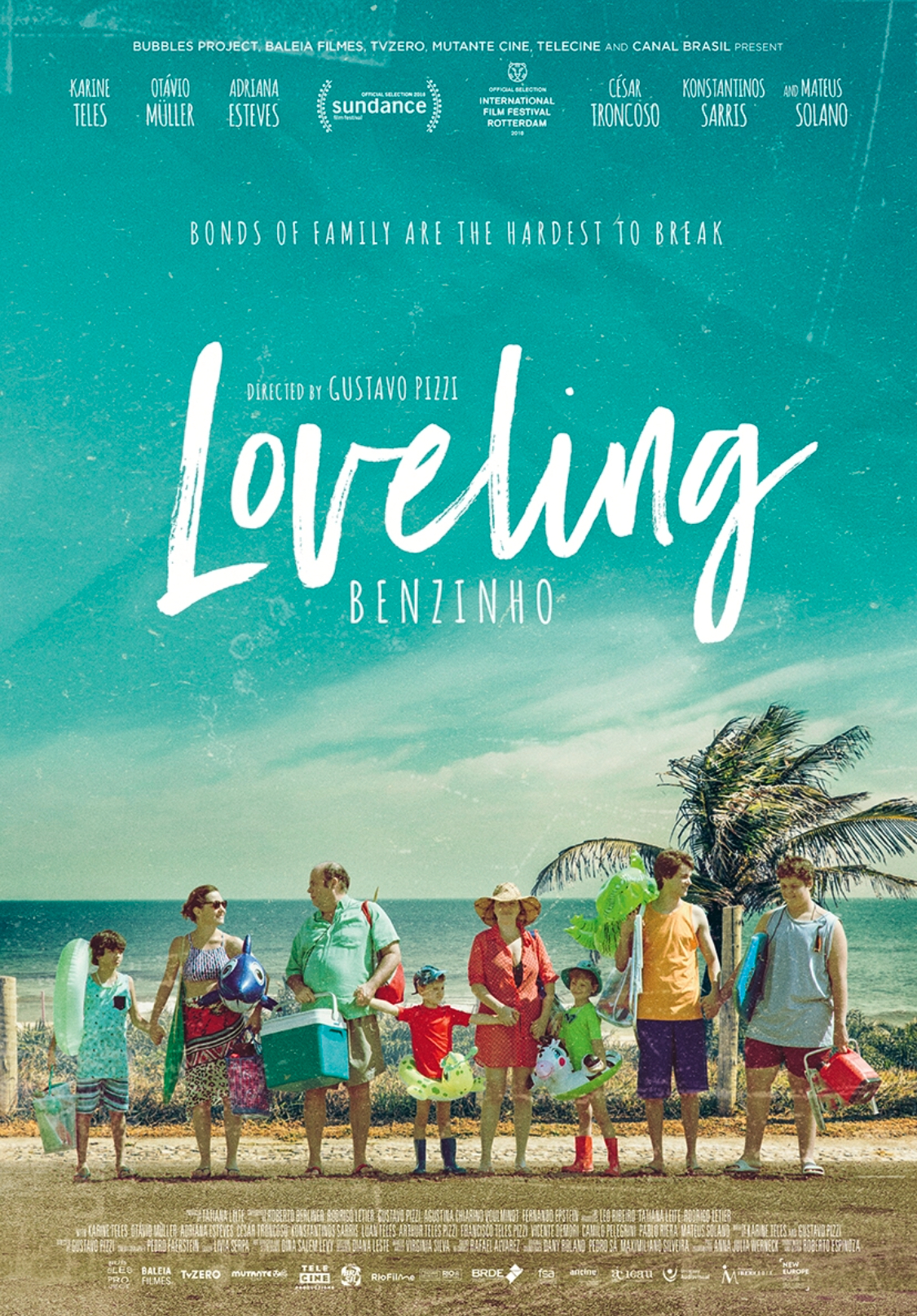 Loveling (Benzinho), written and directed by Gustavo Pizzi, is a Brazilian drama centering on Irene (Karine Teles), a wife and mother living in the outskirts of Rio De Janeiro. Irene is struggling with the anxiety of sending her oldest son Fernando (Konstantinos Sarris) off on his next journey in life, while also navigating new obstacles that arise for her family.

As Irene prepares to finish her high school diploma, which she gave up on to start a family of four sons and support her husband Klaus’s (Otávio Müller) dreams, everything else in their lives is challenged. First, Irene’s sister Sônia (Adriana Esteves) arrives with her son in tow, after being horrifically beaten by her drug-addicted husband. Then, Irene gets the news that Fernando has been selected to play professional handball in Germany, which seems great, but that is followed by water damage in their house, an extremely fast turnaround for Fernando’s departure, a business deal gone sour, and more.

Irene, as most women do, carries the weight and responsibility of her entire family on her shoulders. Watching Fernando play handball, she is completely enthralled by him. Likely because she sacrificed so much of her youth to make sure they were okay. He and his teammates win the game, and ride that high as they go home to celebrate. The celebration quickly sours after he receives a phone call about an opportunity to play handball in Germany. While everyone else is thrilled, you can see the fear and sadness in Irene’s eyes. When she tries to turn on the kitchen sink, the pipe bursts, causing damage both literally and symbolically. This clearly represents the dam breaking in Irene’s heart and the emotional chaos in her mind at the thought of her son leaving, after so much of her has gone into her children.

As the movie progresses, Irene gets some fantastic news: she has passed her final high school examination. A goal she has wanted her entire adult life, it is immediately dethroned by some of that life’s hard lessons. In those tough moments, Irene once again sacrifices her happiness for the sake of her family’s. In one heartbreaking yet humorous scene, Irene eats a lot of junk food and starts listening to a song loudly on a walkman, singing along to it so loudly she wakes up two of her sons. She tells them to join her, but they clearly see that she is not well. She eventually breaks down, and her joy and laughter turn to tears.

Never truly reveling in herself and her accomplishments for more than a couple of hours at her graduation, which is a welcome shared scene between her and Sônia, the rest of the film mostly centers on Irene’s anxiety. Her relationship with Klaus suffers from her reluctance to sell their beach house in order for him to start a new business. Of course, Klaus’s expectations are that Irene support and assist with his dream first and foremost. Klaus isn’t present when one of the twin sons gets ill, and becomes upset with Irene for extending an olive branch to a woman who was abusive to her. On top of all of this, the entire family is trying to protect Sônia and her son, when her husband comes back and tries to force them back into his home, causing more significant breaking points for Irene. She obsessively packs and moves things from their house, rocks back and forth crying, yells at Klaus in the middle of their kitchen floor, and has a full-on meltdown once Fernando leaves.

While Loveling falls flat at some of these critical emotional points for me, it is still a relatable film that delves quite deeply into the complexities of womanhood and motherhood. At the center of Loveling, you have an emotionally complex woman, overwhelmed by life and still trying to figure it all out. Irene represents a lot of moms, struggling with letting their children go, especially when so much of their identities are in motherhood. Irene stands in for many women, putting their dreams on pause for the sake of their families.

Life is hard, unexpected things arise and Irene handles these challenges as best as she can but, ultimately, she needs to receive the equivalent support she is always giving out. She needs a safe space to be able to express herself in times of extreme sadness or pain. Just imagine how much stronger families could be if they didn’t rely on one person to settle all matters, but worked more collaboratively to support one another and make sure things are balanced amongst them.

Embracing the Child-Free Journey as a Black Woman with Dr. Angela L. Harris