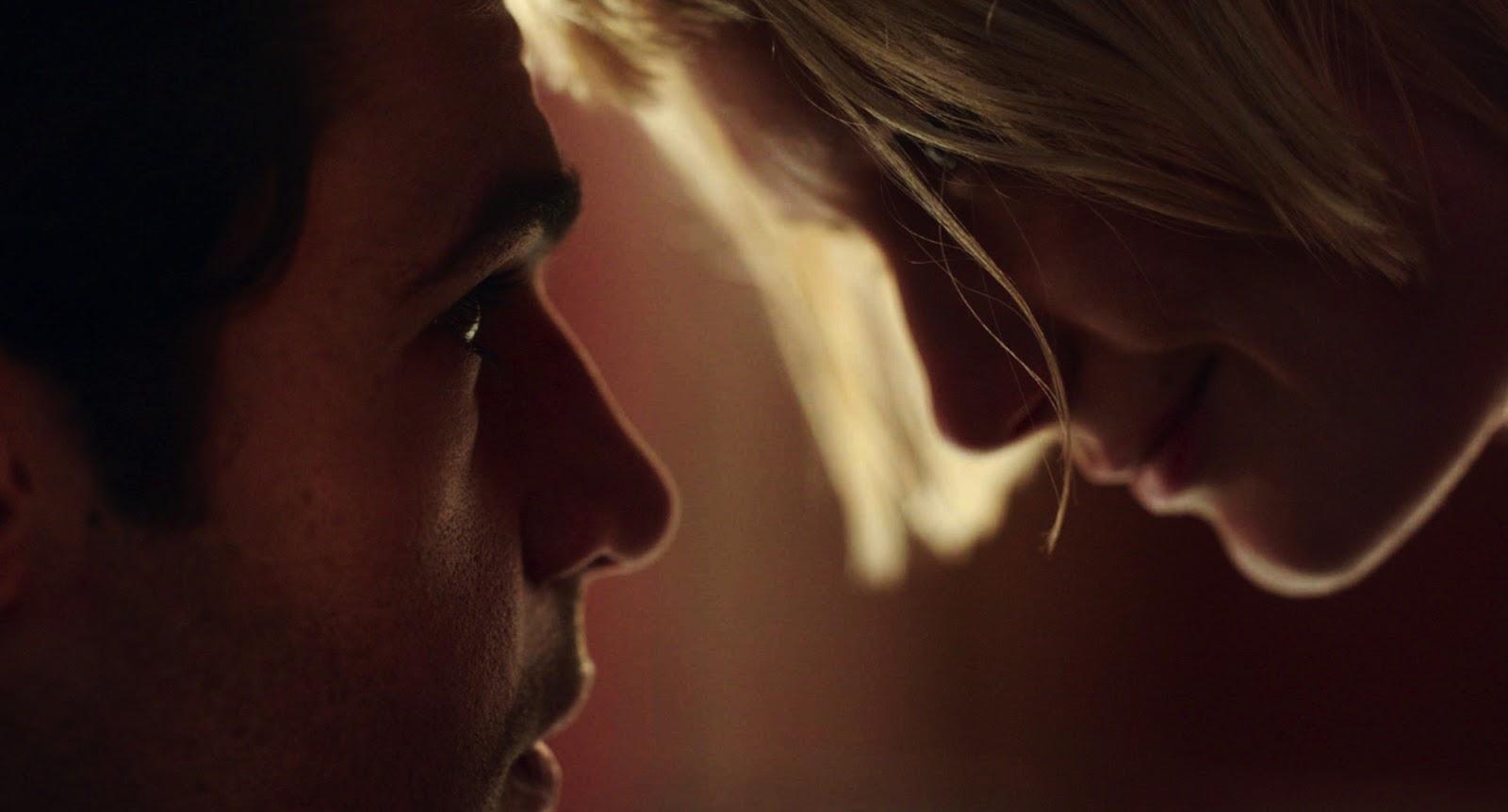 I am a long-time fan of Japanese cinema. They have a unique way of directing and an approach to storytelling that is difficult to emulate, especially in the horror genre. Nicolas Pesce’s Piercing is an example of a “close but no cigar” attempt, in this case. While he aims to do something different with the story, he leaves out all that makes the source material (Ryū Murakami’s novel of the same name), so revolutionary, and replaces it with comedy that reads more as a way to make a western audience comfortable than to enhance an already established story.

Reed (Christopher Abbott) can’t shake his urge to kill. Any victim will apparently do, as he nearly murders his infant child. To finally let go of his sadistic desire for brutality, he plans a “business trip.” With his wife’s approval, he packs his suitcase with a suit and a murder kit. The plan is simple: hire a prostitute, drug her, and cut off her head. However, due to Reed’s need for control and organization, everything is meticulously planned, and one deviation from the plan will throw everything off track, so this must go his way.

Reed will get more than he bargained for with prostitute Jackie (Mia Wasikowska), an alluring call girl who specializes in S&M. First, they relax and get in the mood, but when he mocks her, things get out of his control. He doesn’t anticipate Jackie having a destructive streak of her own. But this isn’t all bad. Maybe Reed has found someone just as twisted as him to relate to. From there, the balance of chaos sways back and forth between the two. Who’s playing whom? Before the night is over, a feverish nightmare will unfold, and Reed and Jackie will seal their bond in blood.

I had not envisioned Reed as meek, babyfaced actor Christopher Abbott. It works that he channeled his inner Mr. Rodgers to pull this off. He’s stepping outside of his comfort zone and having fun with this loveable, psychotic character. Mia Wasikowska’s performance came as a shock. Her shrill voice is like nails on a chalkboard which is perfect for Jackie. I’m so used to seeing Wasikowska in period films that I sometimes forget she has so much more to offer. In fact, she does best in modern works like this—remember her role in Park Chan-Wook’s Stoker?

I wasn’t sure what to expect from Piercing, as I heard this film was vastly different from Nicolas Pesce’s first feature (Eyes Of My Mother). I now know that if I hadn’t read the book, it wouldn’t have been clear as to why Reed harbors this need for violence. It is well shot and very stylist so I did enjoy looking at the film.

I surmise that Piercing is all about laughs and gore, which causes the execution to feel disingenuous. The theme of child abuse and how that pain is projected on to other people gets lost in translation. Call me a spoilsport, but I wanted the movie to go there. I wanted more.

Hmpf, what a missed opportunity.

*Piercing is part of the Sundance Film Festival 2018 Midnight Program*