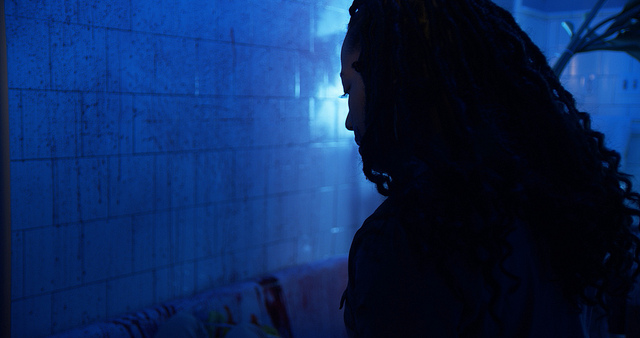 It’s not easy being a vampire, especially if you’re Black, a woman, and a parent. It’s even more difficult when your human baby daddy won’t let you see your kids.

Suicide by Sunlight is a film about Valentina, a Black vampire who is a daywalker. Daywalkers can walk on sunshine and not turn into ashes because of their melanin. And because of this, she and her fellow vamps blend with the human population. The nearly 17-minute short is written and directed by Nikyatu Jusu, a Sierra Leonean-American born and raised in Atlanta, GA. 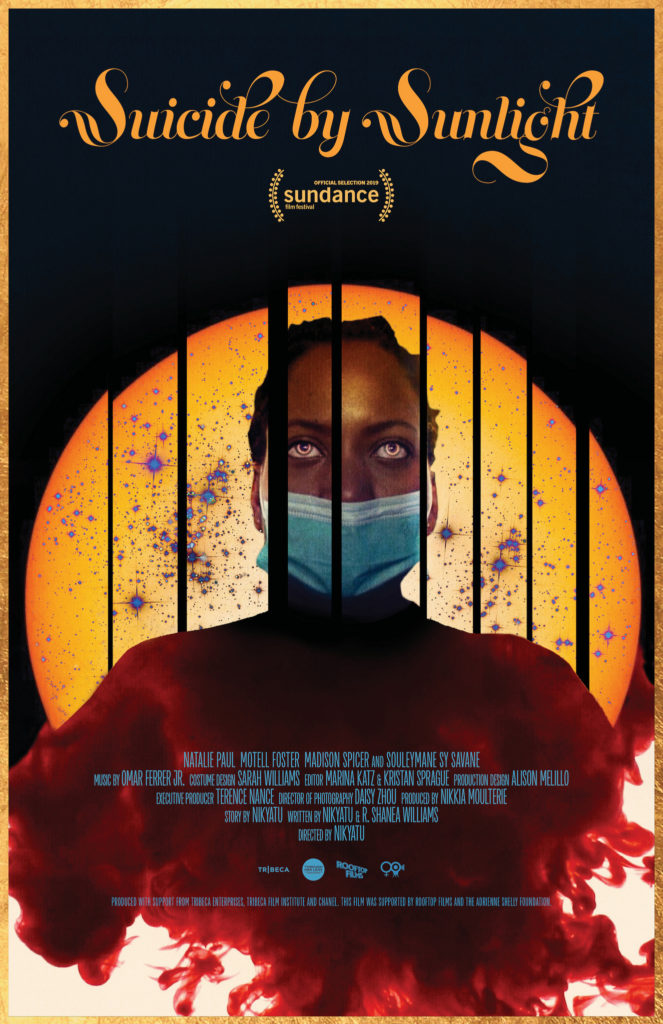 Suicide by Sunlight was funded by the production grant, Through Her Lens: The Tribeca Chanel Women’s Filmmaker Program with guidance from the Tribeca Film Institute. Jusu also received the Rooftop Film’s Adrienne Shelley Foundation Short Film Grant. Jusu was the 2017 recipient of both grants.

Suicide by Sunlight takes place in the future in sleepless New York City. Black vampires have gentrified the neighborhood, but they still face issues. Valentina looks like your sister-friend with locs who is trying to live her life alongside humans. She is holding down a job as a CNA at a hospital, paying bills, and driving a car. At night, she does the typical vampire thing and that’s going out to find some willing humans. But she doesn’t fly into open windows or surprise her victims out of nowhere. Instead, Valentina gets cute and hits a club or two where some of the humans are available for a drink, so to speak.

The catch is, Valentina has to curb her vampire urges and not fully consume the blood she drinks. Think about someone who can’t handle their liquor. She does this so to seem normal and she fights to maintain normalcy because she wants to see her little girls, Faith and Hope. Their father Langston isn’t having it. He’s dodging phone calls, rushing them into his home whenever Valentina is nearby. I would like to believe that the last thing you’d want to do, is piss off your vampire baby mama. When Valentina’s not stalking her ex and children, she’s taking care of patients at a hospital. She has a bond with a child patient that brings her motherly side out and that is also risky. 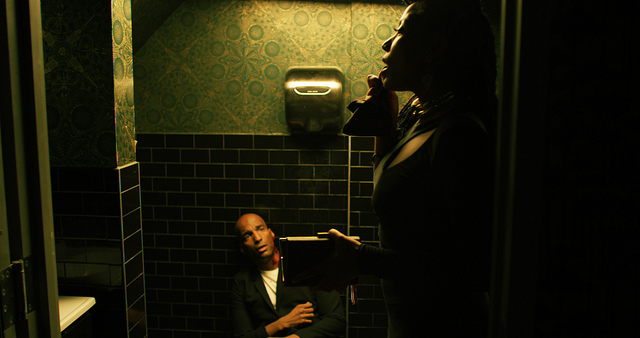 Suicide by Sunlight is not a new film in the sense of vampires and humans sharing the same space on earth, albeit most have them fighting each other for worldly control (Blade, Underworld). The late eighties TV drama, Forever Knight had a vampire working the night shift as a homicide detective who was torn between two worlds. I also thought of the vampire novel, Fledgling by the late author Octavia E. Butler, regarding an adult vampire in the body and image of a 10-year-old.

There’s a moment in the short where Valentina turns off the child patient’s TV in disgust after hearing a Black professor discusses his book about vampires. The professor talks about the Black vampire population as being less worthy or smarter than their white counterparts. Racism still exists in the underworld.

Jusu’s take on vampire films is fresh because the lead is a Black woman. Valentina is living in a world where not only is she disrespected as a Black woman, but as a Black vampire. Langston is being a protective parent, but also a man trying to dismiss the fact that he slept and had children with a vampire. Because, you know, what will people think of Langston if his children have some of their mama in them? 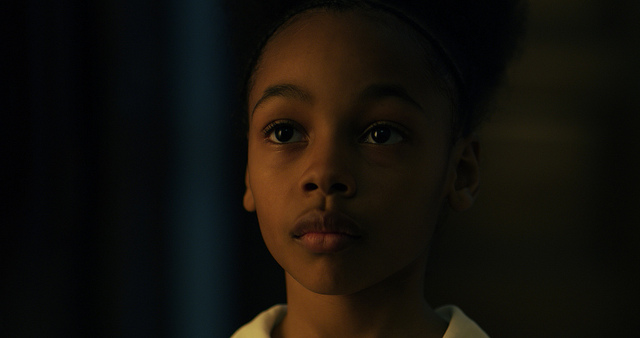 He wants a normal life for them, without being bullied or outcast because of their…heritage. Then there’s the presence of another woman in Langston’s life, and that means she’s involved with Faith and Hope. I’m not a parent, but I’ve seen enough movies, TV shows, and real-life scenarios to know that not everybody likes a blended family. Will Valentina become an angry black woman who gets a little extra about another woman playing mommy?

I liked that Suicide by Sunlight doesn’t just play into the usual romanticism of being bitten by a vampire. Romanticism was there in a couple of moments, but it also shows the aftermath reality of getting bit. And the aftermath is what some humans go through. Natalie Paul (The Deuce, Power, Crown Heights) is great as Valentina. She did not overdo her performance as a vampire. As usual, I always want more than a short film. I want to know if Valentina and Langston were married or did they just hook up and she ended up pregnant? Are the daughters more like Mom or Dad? My hope is that Jusu can turn this into a full-length motion picture someday.

Suicide by Sunlight is well put together by Nikyatu Jusu, who put a lot of drama into 17 minutes. It is worth the time to watch, and, kind of, root for Valentina.