Before the premiere of this film, I had never actually seen an audience, “on the edge of their seats.” I thought it was one of those old sayings that once meant something but are now just anchored to our language by history. It actually does happen. During the premiere screening of The Boy Who Harnessed the Wind, I found myself leaning out from my seat, subconsciously trying to get closer to the screen. When I caught myself, I looked around and found I wasn’t the only that feel so involved in the story that learned forward subconsciously. This, folks, is the sign of a damn good movie. The performances, the script, and the freshman director’s vision for the film all come together to create a moving story of family, survival, and the appreciation of technology that we’ve taken for granted for far too long.

Chiwetel Ejiofor acts in and directs the film that is based on the book of the name by the real William Kamkwamba. In Ejiofor’s adaptation, William and his family are farmers. His father Trywell (played by Ejiofor) is highly respected in the community and so is his mother Agnes (Aissa Maiga). William’s sister Anna (Lily Banda) is at the age where young adults go to college, but her dilemma underscores the problem the family is wrestling with throughout the film. When is it okay to shed the old traditions for modern ones? They have interest. William’s parents have this pact that they “will never pray for water,” which their parents did. Instead, they would use modern tech to make their fate, instead relying on fate to come to them. 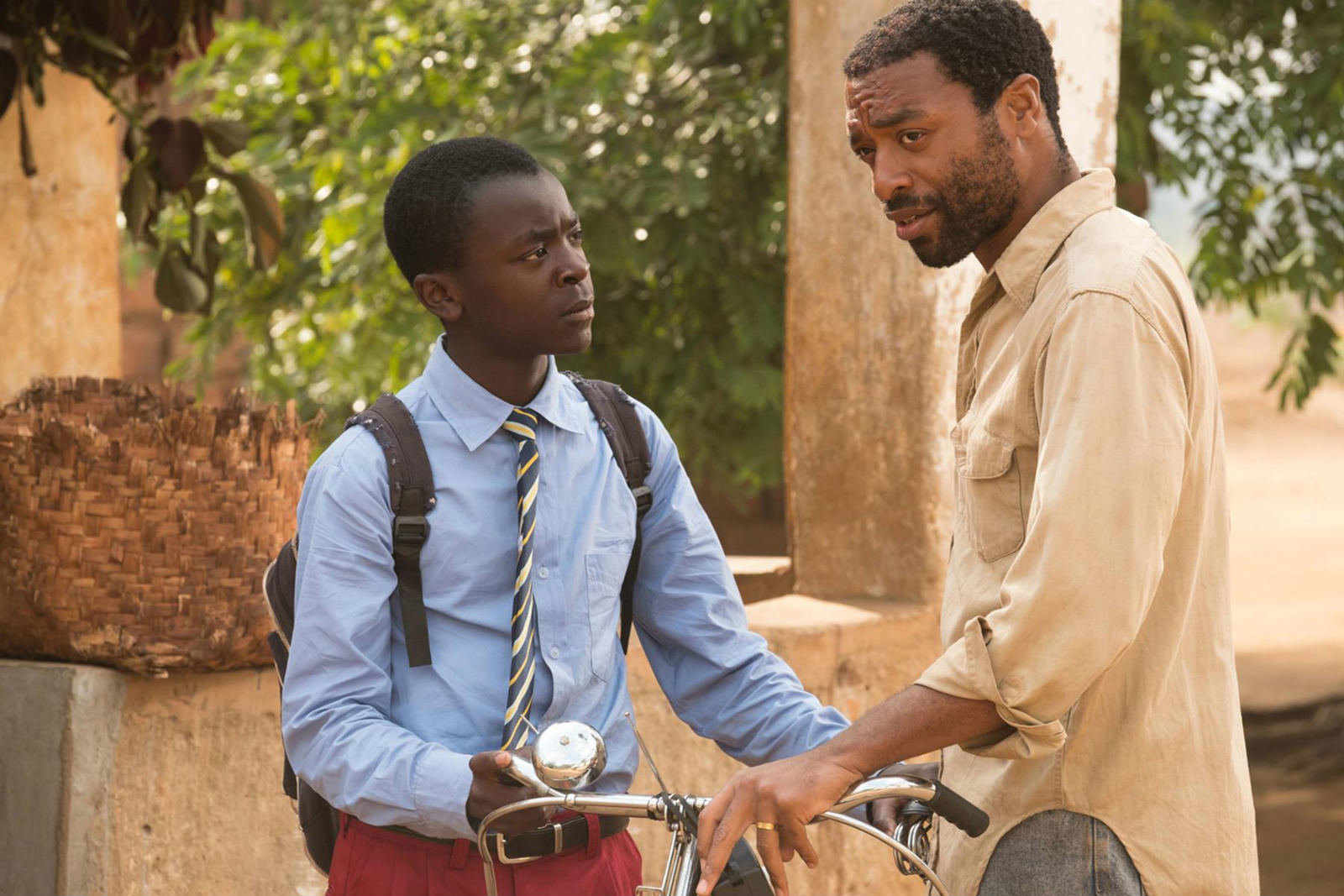 The family has this consciousness until it’s time for Annie (Lily Banda), William’s sister to go to college or marry. They want her to marry, she wants to go to school and start her career. This struggle is an underlying story that will be that last straw that threatens to break the family later. Meanwhile, William becomes intrigued by a magnet that he finds on his teacher’s bike. That magnet leads the boy to study books on energy. He eventually moves on from the book his level, recruiting the librarian, Ms. Sikelo (Noma Dumezweni), to help in his studies.

Meanwhile, the community (actually the whole nation of Malawi) is in turmoil. A new leader took over, beat the chief of the town to near death. Immediately, resources became unavailable and then a heavy rain flooded the fields, ruining the crop. The next year, drought. With the resources being allocated to the new regime there was nothing. The family couldn’t even power a pump to get water for the crops. The ground was dusty, hard and barren.

William had to drop school. There were no more teachers. The family had to ration the food that William was able to nab before the government cut everything off. These scenes where the already frail dad refused his meal so that the family could eat were heartbreaking. Then, he spent his days chopping at that dry ground.

But, William has a solution, one that clashes with the family’s internal struggle with tradition versus tech. Tradition has killed so many in the village and the Kamkwambe family is going to have their turn soon. I’ll let you wait to watch this film to see what happens.

The story is compelling and so are the many techniques used to tease out the narrative nuggets that make it so great. It’s not just the screenwriters (Ejiofor, the real Kamkwambe, and Bryan Mealer), the director Ejiofor, or the editor Valerio Bonelli (The Martian, The Darkest Hour) or the cinematographer Dick Pope (The Illusionist and Secrets and Lies). All of their work sings together in such harmony that no one element can be seen as the “best” or most pivotal of them all. They come together to tell a story that is so compelling and full of themes that are easy to understand. This is despite the captioning, as The Boy Who Harnessed the Wind is a “foreign language” film.

The moments of tension are will have you at the edge of your seat, while the heartbreaking moments will have you weeping or near to tears. There is also one moment where we see the fruit of Williams labor and the excitement so palpable that I thought for a second that the audience was going to applaud as well.

The Boy Who Harnessed the Wind is not just about a boy who saved his village. It follows a family as they navigate their way into a world of tech that has become so much more advanced than they could ever imagine. It is also about a father trying to teach his son the ways of his family profession, a son who has no interest. Other themes include sexism, classism, and tribalism with the people of the new regime treating the townspeople like animals leeching off the government. There is also that all-important message of the practical importance of science.

The Boy Who Harnessed the Wind is a closer look at the famine, the government breakdown, and the traditionalist attitudes that forced the Kamkwamba family to break long-held traditions and embrace technology. It is a moving story that has a triumphant ending. The whole family needs to watch.

The film premieres on Netflix March 1.