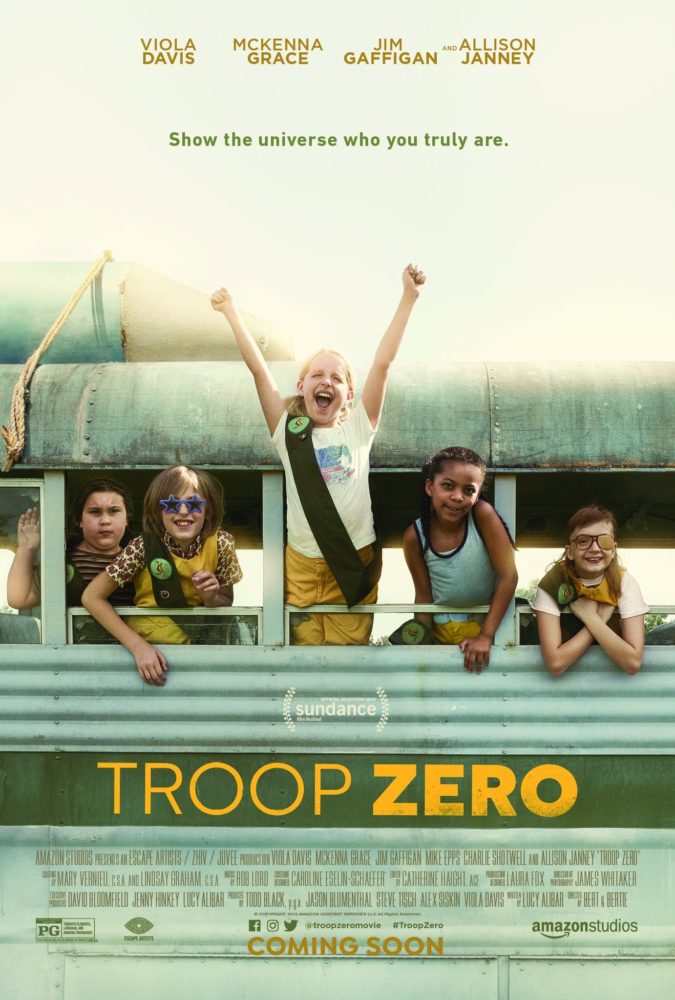 Troop Zero is Troop Beverly Hills but with a chain-smoking auntie Viola Davis instead of sweet, shallow Shelley Long, set in a backwoods Georgia town instead of posh Beverly Hills. The film is a cute little story of a grieving girl who uses her newfound adventures in the Scout troop to help heal from a family tragedy. In fact, the troop’s quest for an otherworldly prize actually reintroduces everyone in town to the importance of community. Troop Zero is a refreshing, humorous romp with some powerful messages that Troop Beverly Hills only glossed over or never attempted to tackle at all. 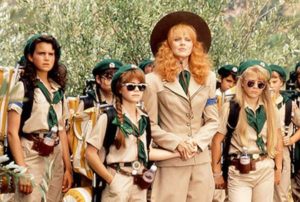 Using a team of girls in a group resembling the Girl Scouts of America is not a new plot device. In addition to Troop Beverly Hills, recent films have centered the girl groups as plot devices. The Boss, starring Melissa McCarthy, used the Scouts to not only aid in the main character’s professional development but to track her emotional growth. In the Vin Diesel movie The Pacifier, the Scouts teach the soldier turned nanny (Diesel) about the support and empowerment that girls need in order to navigate this world. Troop Zero also uses the Scouts, but the girls are not the only people empowered in the end. The adults find their inner strengths as well.

Everyone in the community starts out helping a clumsy but cute and hopelessly optimistic girl named Christmas (Mckenna Grace) as she grieves the loss of her mother. Christmas is obsessed with space. She is also convinced that she can get a message out to her mother if she can get it out into space. 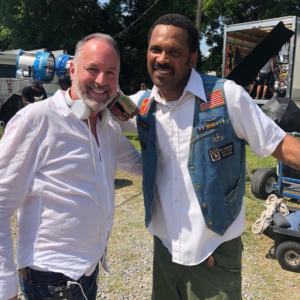 Christmas and her friend Joseph, a genderfluid creative kind who keeps Christmas grounded, overhear a NASA representative make an announcement at a Scout troop meeting. They want to send a message in space recorded in a little girl’s voice. Christmas and Joseph set about making their own troop to enter the jamboree, where the NASA reps will choose a troop to record. They end up leaning on the town, including a zany everyman type of character played by Mike Epps to help.

The Most Well-Developed Cast of Characters 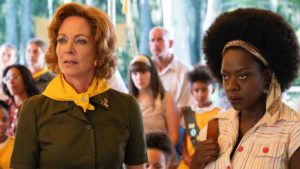 Allison Janney plays the rival troop leader, Miss Massey, who is the epitome of “bless your heart” Southern manners and passive aggressiveness. She runs Troop Five, a group that’s used to winning and doesn’t see that it has turned them into insufferable Mean Girls. They bait the troop and hope for the girls to make a move in reaction. That is all that’s needed to get the girls kicked out of the jamboree. What it does accomplish is a series of funny little events that will have you laughing. The interaction also shows Miss Massey that her use of judgment to keep little girls in “their place.”

The leader of Troop Zero is Davis’s character, a single Black woman with a big afro and crassness to match. She is a chain-smoking secretary/paralegal to Christmas’s attorney father, played by Jim Gaffigan. Davis plays a woman who has basically picked up the slack for the family after the matriarch passed, but she is growing weary of the work. Working with the troop, she finds her own empowerment and a new goal for her life. This forces Jim to return to his role of father and to face the grief he and his daughter had both been avoiding. 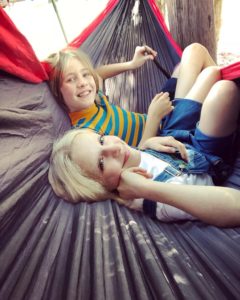 The rest of Troop Zero is played by Johanna Colon, the cute little Nicki Minaj fan who performed on Ellen. She plays Smash, a girl who is no stranger to demolition and blasting things. Milan Ray plays the school bully, Hell-No. She is a little Black girl who has been told all her life that she was broke and wouldn’t amount to anything. The rest of the troop includes a one-eyed Evangelical girl with a heart of gold (Anne-Claire played by Bella Higginbotham) and Joseph (Charlie Shotwell). Together, they find out their own personal strengths and the true meaning of friendship and girlhood.

A Little Sweet and a Little Sour

Yes, Davis may be laying it on a little thick by calling her scouts “my boos,” but she does not bow to any man or racist in Troop Zero. The film is set in rural Georgia in the ’80s, so yes, there is a lot of sexism and racism to go around. It is kept light (maybe a little too light), but this is a family film. There need be only enough to set the “ambiance” of the time. However, it still bothers me the way Davis’s character is treated by Christmas and her dad. She does end up finding her own agency, and her character is one of the funniest in the film.

Davis and Janney also make a duo I would love to see in more films. They have a great rapport and can riff off one another like naturals. 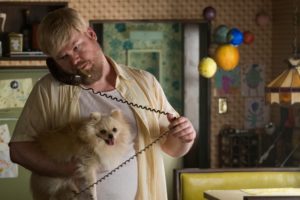 The film tries to make a statement with Joseph. The attempt, however, sometimes lapses in an effort to not make his family look like monsters for the way they treat him in the beginning.

A few of the scenes are laid on a bit thick. Overall though, the characters work and so does the film as a whole. Troop Zero is a bit campy and oftentimes silly, but the film never claims to anything more. It is refreshing to see Janney and Davis opposing one another in such hilarious roles. The bitter pieces are slight and don’t get in the way of such a fun family film.

Troop Zero is an Amazon film that premiered at Sundance 2019.