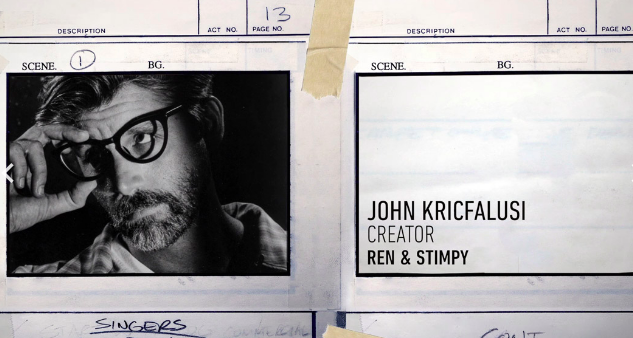 As a millennial, I vividly remember the ’90s being the prime decade for some of the greatest animation including the hit Nickelodeon series Ren & Stimpy.

The ’90s brought us a different cream-of-the-crop of animated shows. It wasn’t Looney Tunes, Disney, or even Don Bluth. It was something a bit darker, more sinister, a bit grittier, and most certainly ahead of its time. If you switched the TV channel over to MTV at the time, you might have caught a TV show called Liquid Television, a barrage of animated clips from comic strips to claymation to a little-known show of two slackers watching music videos in their living room called Beavis and Butthead.

For us, these weren’t cartoons; this was so much more. Ren & Stimpy, albeit a show on a kids’ network called Nickelodeon, was ostensibly a TV show for a mature audience. Although I was 11 years old when Ren & Stimpy premiered in 1991, I got most of the adult jokes that were supposed to go over my head and loved every second of it.

Happy Happy Joy Joy: The Ren & Stimpy Story, which premiered at Sundance, breaks down the origin story of how the characters of Ren and Stimpy came to life and dives into the mind of the show’s complicated creator John Kricfalusi, the visionary whose rise and fall changed the course of the show and its artists forever.

The documentary features commentary from comedian Bobby Lee, who says, “If Tom and Jerry and had a portal to hell it would be Ren and Stimpy.” Other featured interviews are from Jack Black and Chris Gore of Film Threat Magazine. Artists and animators of Spümcø, the production company founded by John Kricfalusi and Stephen W. Worth, also spoke on their experience working with both John and on the show.

And although they each had their own separate experiences, collectively they all had one thing in common — John Kricfalusi was difficult to work with. He was a man who was passionate about his work, but he also had high expectations of his artists and wanted to be perfect. His temper got the best of him, which stood in the way of what could have made him great. According to John, his philosophy is, “If you make it funny, you win and become popular.”

He did make Ren & Stimpy popular, so much so that it broke cable rating records and was #1 in its time slot — which, for an animated series at the time, was almost unheard of. The animated duo became a pop culture icon in a relatively short time. The documentary also explores the origin of how he created each character; Ren (the dog), which resembles a chihuahua who hasn’t slept in days, was based on Peter Lorre’s voice and characterization. John Kricfalusi himself provided the voice of Ren, which was quite rare for a cartoonist to do at the time. Stimpy (the cat) was based on Larry Fein of The Three Stooges and was voiced by Billy West.

Kricfalusi would spend hours watching Kirk Douglas movies to study facial expressions for the characters. A lot of the wild and chaotic behavior of Ren & Stimpy mirrored John Kricfalusi’s own behavior. As his behavior spiraled out of control, he was let go out of his contract with Nickelodeon and fired from Spümcø in 1992. Bob Camp replaced Kricfalusi as director, and sadly the two have not seen each other since he took over the show in 1992.

The documentary takes a darker turn past Kricfalusi’s bad temper with his partners and into his private relationships with underage girls. There are two documented relationships featured in the documentary where he lived with two different girls and openly admits to it. Kricfalusi does not deny the claims and confesses to his mistakes. This sadly is what sealed the fate of these beloved characters and placed a permanent stain on the legacy of Ren & Stimpy, even bringing to tears a former Nickelodeon executive who believes he ruined their legacy and used those characters to lure young girls.

Kricfalusi tried to revive Ren & Stimpy on his own without his original team on Cartoon Network’s Adult Swim, but it was quickly canceled after a few episodes. It sadly just didn’t carry the same flair as the original series did. In large part, it could have a lot to do with the missing magic of the original team as well as Kricfalusi’s own personal downfall.

Get Ready Ren & Stimpy Fans, A Reboot is Coming to Comedy Central