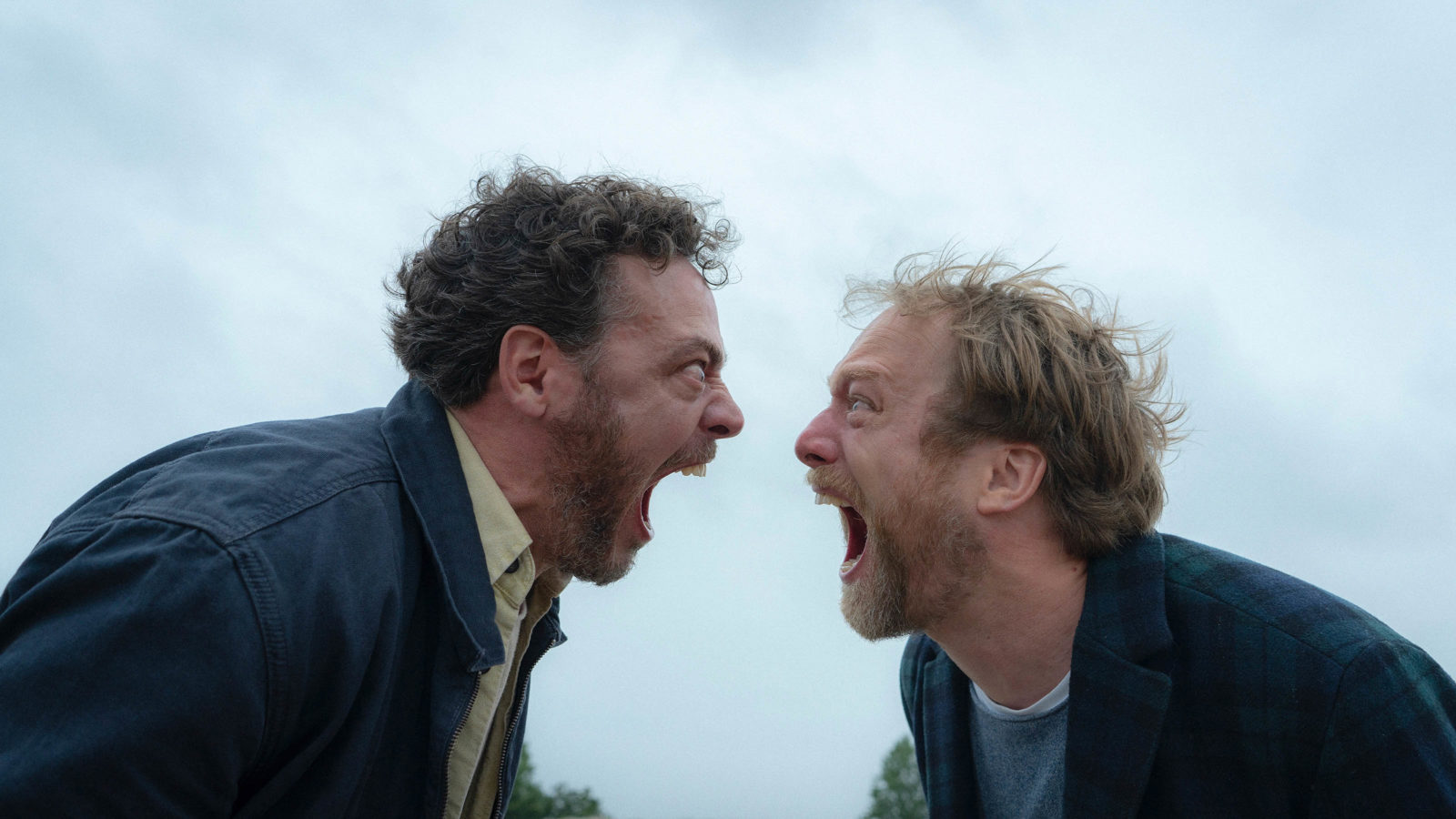 Why do we subject ourselves to unpleasant situations just to avoid being impolite? Writer-director Christian Tafdrup and co-writer Mads Tafdrup (A Horrible Woman) explore this determined civility in Speak No Evil. The film doesn’t answer the question. Instead, we see the worst possible outcome.

Speak No Evil begins with Danish couple Bjørn and Louise on vacation in Italy with their daughter Agnes. They meet another family of three — Patrick, Karin, and their son Abel. This Dutch family is friendly, intriguing, and for Bjørn, exciting. Months later when they’re back home in Denmark, Bjørn and Louise receive an invitation to visit the home of their vacation friends. Louise is reasonably apprehensive about traveling to Holland to stay with people they barely know. But for Bjørn, this is an opportunity to take a break from his monotonous life.

While there doesn’t appear to be anything noticeably “wrong” about Bjørn’s life, he is clearly very bored. Bjørn wants to relax, unplug, and enjoy life in a way that doesn’t involve the rules of society. He’s drawn to Patrick and Karin’s ability to live unrestricted because that’s what he secretly yearns for. It’s this desire that essentially puts his family in danger.

Patrick and Karin don’t seem like the people to hold anything back. Their opinions are shared confidently and without concern for what’s acceptable. They’re not necessarily rude at first, but they carry a sense of certainty that anyone would find refreshing. Bjørn and Louise are prudish in comparison, following societal rules of behavior and doing the most to avoid conflict.

Christian Tafdrup was inspired by his own experiences socializing on vacation, though those situations were far less terrifying. In an interview with Movie Jawn, he explains, “If you live a safe life, eat the right food, have the right friends, you long for catastrophes. The purpose for them to go to Holland is to feel themselves.”

There’s something scary about being around people with no boundaries. They draw you in with a promise of uninhibited fun, but soon the unpredictability is unnerving. Louise doesn’t really fall for this, but Bjørn is mesmerized by Patrick’s carefree attitude. It helps that Patrick is the master of love bombing. He’s oddly complementary to the point where his sincerity is in question.

Most of us have experienced those times when we don’t want to be impolite even though we’re uncomfortable, and that’s Louise’s main struggle. There are so many red flags with this family, but when she expresses her frustrations, some are easily explained away in a way that almost makes her feel a hint of guilt.

The film has some recognizable horror tropes — a creepy kid, an isolated house in the woods, a trusting vacationing family. Bjørn fits into the “horror dad” trope. His relentless optimism puts his family in an avoidable situation. He’s the one that makes you yell at the screen. It’s this aspect of the film that reminded me of Get Out.

Like Midsommar, many scenes take place outside in the sun giving a false sense of security. Nothing bad happens in daylight, right? It has a similar tone as Funny Games and The Strangers with a hint of Nocturnal Animals. However, it’s a film that still surprises you even if you have a feeling of what the outcome might be.

Much of the scenery may be bright and lively, especially in Tuscany, but the foreboding score tells us otherwise. The stark contrast between Tuscany and the Dutch countryside alone is an indicator that the atmosphere is darker, but the jarring, operatic music arrives long before the tone shifts. There’s a whimsical yet Hitchcock feel to it which is unsettling and works so well.

The entire viewing experience is decidedly uncomfortable because we’re put in the perspective of the Danish family. The camera makes sure we’re left to sit with what’s happening, lingering on the psychological trauma that the characters endure.

Speak No Evil explores all of the naturally awkward situations we put ourselves in, especially as a guest at someone’s house. It’s a stressful film, and I mean that as a compliment. There’s not one moment I didn’t feel on edge. It’s so affecting that I’m not sure I want to watch it again, but that’s what I want from a horror film. It was so gripping and unrelenting in its suspense that I actually felt a little tired after the experience.

Speak No Evil stars Morten Burian (Sons of Denmark) as Bjørn, Sidsel Siem Koch (Fredrik IX) as Louise, Liva Forsberg (The Chestnut Man) as Agnes, Fedja van Huêt (Turbulent Skies) as Patrick, Karina Smulders (Women of the Night) as Karin, and Marius Damslev (When the Dust Settles) as Abel. The film is produced by Profile Pictures’ producer Jacob Jarek, in co-production with Oak Motion Pictures in the Netherlands, with support from The Danish Film Institute, FilmFyn, and The Netherlands Film.

Speak No Evil premiered at the 2022 Sundance Film Festival.