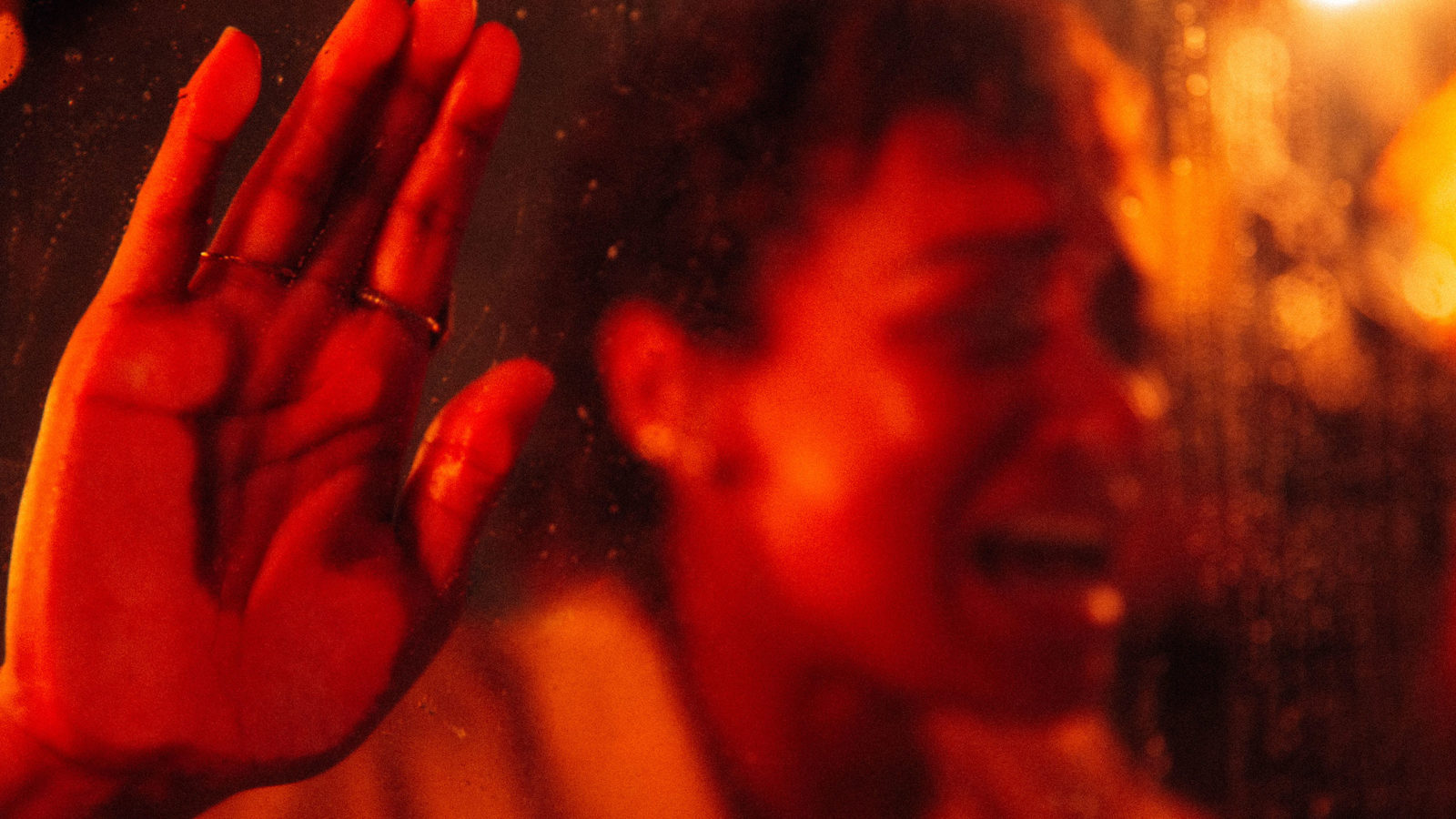 Twin brothers Danny and Michael Philippou make the leap from their popular YouTube channel RackaRacka to the big screen with their debut feature Talk To Me, a psychological horror-thriller set in their native Australia.

Based on a concept by Daley Pearson (The Strange Calls), and penned by Danny Philippou and Bill Hinzman, the filmmaking duo directed the film together. But this wasn’t their first time on a film set. Aside from their surreal, cinematic videos, both have production experience from working on fellow Aussie filmmaker Jennifer Kent’s The Babadook.

As successful YouTubers, the Philippous know what a young audience craves, making them the perfect pair to bring to life a high-concept horror film tapping into the emotional struggles of teens. And as many teen horror flicks, it begins with a party, giving us a horrifying preview of the damage to come.

On the two-year anniversary of her mother’s untimely death, 17-year-old Mia (Sophie Wilde) chooses to spend time at the home of her best friend Jade (Alexandra Jensen), where she’s treated like family by Jade’s mother Sue (Miranda Otto) and preteen brother Riley (Joe Bird). The closeness of the family’s relationship is clear from the start as is Mia’s jealousy of it. Jade’s current boyfriend Daniel (Otis Dhanji) happens to be Mia’s ex from years before, though it wasn’t that serious. Still, on a day when she feels most alone, she suppresses her longing and convinces everyone to attend a “possession party.”

Mia’s anxiety is only heightened at the party where no one cares to interact with her except Jade, Daniel, and Riley, who tagged along. Her desperation isn’t lost on Hayley (Zoe Terakes), who is anything but subtle in her dislike for her. The party-goers’ attention turns to Hayley and Joss (Chris Alosio) as they bring out an embalmed hand.

Mia sees this as her chance to win people over and volunteers to take part. As described by Danny, the film is “about connections between people, real ones and forced ones.” After reciting the required “talk to me,” Mia sees an actual spirit. Everyone chants and cheers her on to invite the spirit in, and she does. When she comes to, she feels amazing. She’s found a new high.

There are rules to conjuring spirits using the hand. You can only let them possess you for 90 seconds or they’ll stay, and you must blow out the candle to close the door to the spirit realm. With Mia addicted and others curious, another party commences, and the group suffers the terrifying consequences of prolonged contact.

Everyone has their own reason for doing it. Daniel wants to shed his goody-two-shoes Christian image. Mia wants/needs to escape reality and distract herself from grief. Riley doesn’t want to be seen as a little kid anymore. There’s also just the peer pressure of it all. It’s hard to make smart decisions with a chorus of classmates telling you, “Do it, do it!”

Talk to Me exists in a very believable world with realistic surroundings and situations. The characters, their language (no cringey teen-speak!), appearances (no Euphoria glitter!), and complex emotions are all so authentic that the idea of getting hooked on spirits seems plausible. Because at many points in the film, you might think, “Who would find it amusing to take turns letting an unpredictable spirit inhabit your body?” Well, teenagers.

At the pivotal moment in the film when all the fun stops and things get scary (a drug overdose, violence, etc.), the kids’ faces and reactions are chillingly realistic. They’re not the vapid, annoying teens in horror movies that you’re supposed to root against.

The young actors give powerful performances, particularly Sophie Wilde. Mia has a lot going on and struggles to express her emotions, suppressing them until she just can’t anymore. Wilde captures the anguish of someone who feels lonely and doesn’t know what to do with those feelings, instead turning to a mind-altering drug to temporarily remove her from her body and mind.

The possession scenes are brilliantly acted. So many demonic possession performances are just imitations of Reagan (Linda Blair) in The Exorcist, which doesn’t mean they’re bad, just familiar. But Talk to Me does something different. The actors’ physicality helps create a seamless transition when a spirit takes over a character. Longtime RackaRacka collaborator hair and makeup designer Rebecca Buratto (Mortal Kombat), as well as Make-Up Effects Group’s Paul Katte and Nick Nicolaou (The Matrix), added the right amount of ghoulishness to show the person isn’t in control anymore. The spirits themselves are wonderfully grotesque, giving off major Deadite vibes.

Cinematographer Aaron McLisky (Mr. Inbetween) films the chaotic, disorienting scenes using tilted angles and tight close-ups. A lot of the horror comes from everything feeling so real, and McLisky has a cool visual style and incredibly fluid camera movements that elevate the truly reckless behavior playing out.

Talk to Me is an original, mind-bending horror story with authentic characters, plenty of scares, and impressive practical effects. A stylish blend of Insidious and The Evil Dead, the film has a distinct energy while being deeply emotional at its core and at times heartbreaking. It will resonate with teens and young adults but also anyone who’s ever dealt with mental illness, grief, or addiction.

Talk to Me will have its world premiere at the 2023 Sundance Film Festival.