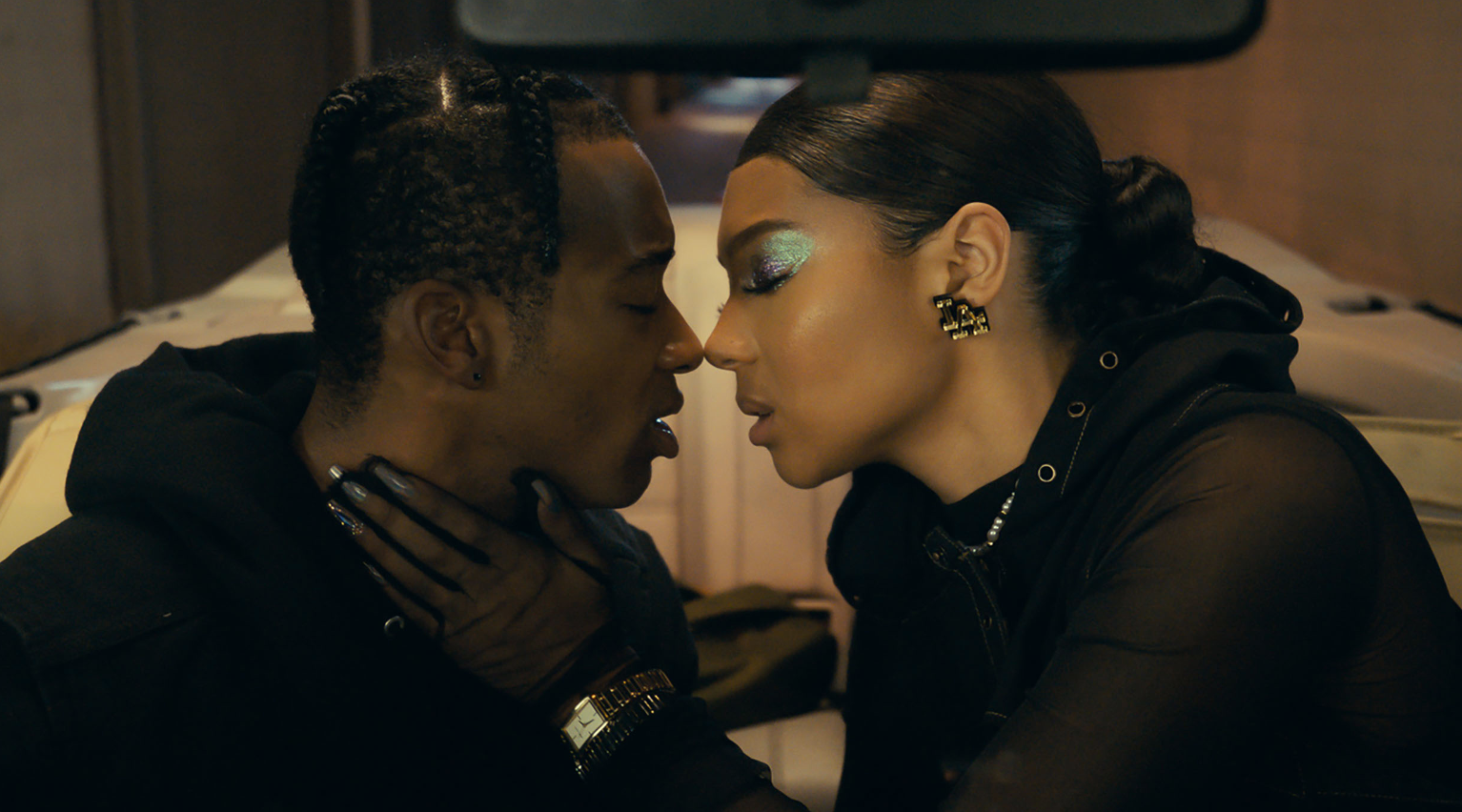 Brandon (Algee Smith) is having a hard time with adolescence. His single mother Janice (Sanaa Lathan) is on the verge of eviction and is in an unhealthy relationship with her children’s father Lamont (Mike Epps). Brandon also was let go from his job and is having a bit of a hard time in school.

At home he’s forced to take care of his two younger siblings when his mother is absent and steers them clear away from their father who Brandon knows is a bad influence. It’s not the life a teen should endure, but one fateful day inside of a convenience store, all of that changes when Brandon meets Cassidy (Sierra Capri) who robs both Brandon and the store owner at gunpoint.

Mid-robbery, Cassidy looks over at Brandon and, along with a manipulative glance, kisses him on the lips and leaves the store. While both Brandon and the store owner are unharmed, that day will forever change the trajectory of Brandon’s story and carve out a new path for his journey on this weird trip called life that he’s been struggling with lately.

What we learn from meeting Cassidy is exactly what the title of this film illustrates — that she’s young, wild, and free. This free spirit opens Brandon to a world filled with no inhibitions — a world where you can be who you are and not think about the consequences. While living a life with no scruples may seem enticing and liberating, the results of these actions can lead to some dangerous repercussions.

Actor Sanaa Lathan, whose incredible performance this past year in On the Come Up was criminally ignored, once again pulls an extraordinary depiction of a single parent in low-income housing struggling to keep her family intact. Hopefully, her performance here will get some attention, as Lathan has impeccable range as a performer and can flawlessly perform in any genre.

However, the film doesn’t come without its shortcomings. Now I didn’t find many, but one particular character had a movie flaw that was just plain annoying. Cassidy is cute, fun, and quirky. However, the incessant movie references she delivers throughout the film were pointless. She speaks through movie metaphors, which unfortunately comes off a bit too cliché for my taste as this has become a bit of an overused trope in cinema. Using a film protagonist to reference a movie quote, whether it’s a tool used for nostalgic purposes or it’s the writer letting their movie geek flag wave a little too high, feels a bit overdone in my opinion. This was my one gripe with her character as I just felt it was an unwarranted component to her idiosyncratic personality. As the plot evolves, it doesn’t benefit the character as to why she’s developed this way, but I digress.

That being said, what I did find remarkable about this story and its narrative is how Brandon and Cassidy’s relationship is formed. The synergy between these two makes sense even if it’s a bit rough around the edges. Here’s how this makes sense: Cassidy is feeling validated by giving Brandon the freedom that he is seeking and Brandon feels empowered and in control of his life for once. And even though what Cassidy teaches him breaks the boundaries of ethics in various situations she pushes him into, it doesn’t matter to Brandon because he’s finally fulfilled. His hunger is satiated and he’s no longer struggling … to some extent anyway.

However, all good things do eventually come to an end.

Known for writing a number of shorts, director Thembi L. Banks makes her directorial feature debut at Sundance with Young. Wild. Free. The writer/director’s most notable work is on the HBO series Insecure as a director and as a writer on the hit Emmy-nominated series Only Murders in the Building where she’s also credited as a producer.

The coming-of-age story of Young. Wild. Free. isn’t Banks’ first rodeo as a writer/director touching on teens dealing with an identity crisis. In her short film Suitable, which streamed on HBO as part of a list of short film awards finalists, the story featured a high school tomboy who comes to terms with her sexuality when she decides what she’ll wear to the prom. A fun fact about another film among this list of short film awards finalists — the short Emergency, directed by Carey Williams — inevitably turned into a feature length film that also premiered at Sundance in 2022.

The beautifully crafted story of Young. Wild. Free. takes you on an incredible journey and veers you off-course to an unexpected plot twist that you won’t see coming.

Young. Wild. Free. is written by Thembi L. Banks and Juel Taylor (Creed II), from a story by Taylor and his They Cloned Tyrone co-writer Tony Rettenmaier. The film is produced by Macro Film Studios’ Charles D. King, James Lopez and Poppy Hanks, Confluential Films’ Tommy Oliver and No Label Productions’ Baron Davis. Sanaa Lathan is also an executive producer on the project.

The film premiered January 22 at the 2023 Sundance Film Festival and will be playing through the rest of the festival, which ends January 29.