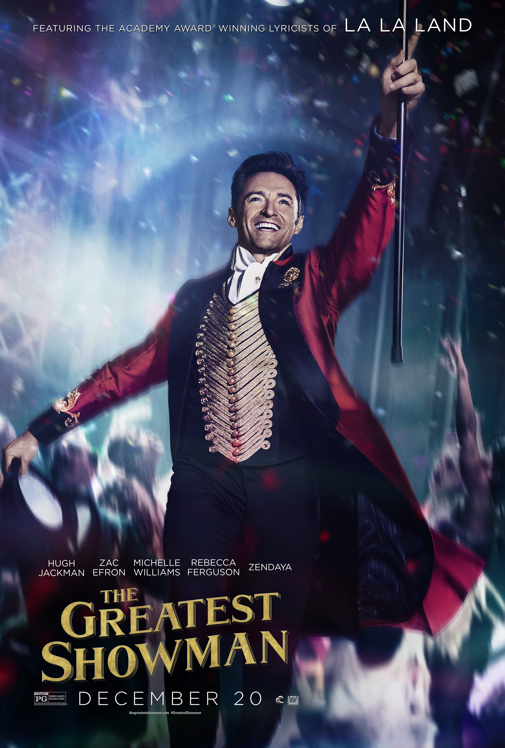 I saw preview footage for The Greatest Showman at CinemaCon last year, and I have been hyped for the film ever since. For those that don’t know, Hugh Jackman started on the stage and since Les Miserables, I have been patiently waiting for his musical return. However, the first teaser trailer for The Greatest Showman left me a bit cold. You see the CinemaCon footage clearly showed that this was indeed a musical but first teaser trailer left it a bit more obscure. Thankfully the second full trailer for The Greatest Showman casts all fears aside. Kicking off with a quick line sung by Jackman “Ladies and Gents this is the moment you’ve waited for,” it’s like the marketers knew what we were yearning for.

Inspired by the imagination of P.T. Barnum, The Greatest Showman is an original musical that celebrates the birth of show business & tells of a visionary who rose from nothing to create a spectacle that became a worldwide sensation.   Also Starring Zendaya, Zac Efron, Michelle Williams, and Rebecca Ferguson, The Greatest Shoman is sure to be a perfect film for the holiday season.

The Greatest Showman is in theaters December 20th