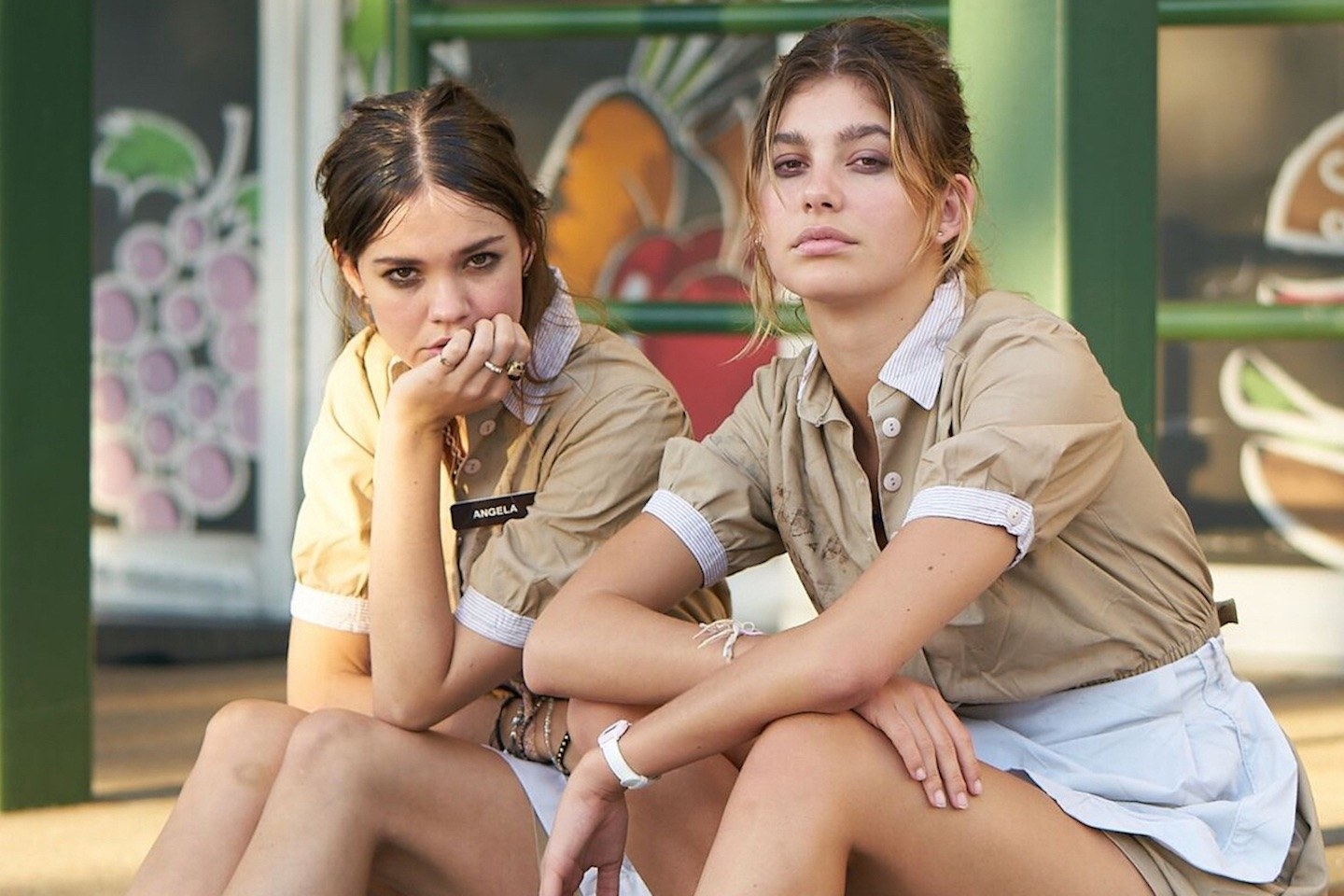 When it comes to stoner comedies about people effing up and making colossal stupid mistakes, most narratives center around young, stupid white men who make piss poor decisions and somehow still manage to make it through. You know, because they’re white men, and that’s how it works. Directed by Augustine Frizzell and starring Maia Mitchell and Camila Morrone, Never Goin’ Back, on the other hand, centers its story on two white girls from a small, Texas town who make every wrong decision under the sun, all for the sake of heading to the beach for the weekend. Who cares if they’ve spent their rent money? They can just make it up by pulling extra shifts at the diner.

Angela and Jessie, two 17-year-old best friends who may or may not be sleeping together, start off this wild buddy comedy by getting robbed and then getting arrested. Yes, that is how the film starts. I can’t even say what happens next because it just gets worse and worse from that point on. So much worse. I found myself wanting to yell at the screen about all of the dumb decisions these girls make, but it’s so funny and endearing that you absolutely have to see how it ends. You have to know, “how in the hell do they get out of this situation?”

The chemistry between Angela and Jessie make Never Goin’ Back an easier watch. No matter what happens, these two have each other’s backs, and they will stand by and support one another with no questions asked. The kind of I don’t give a f— life they live is one for the moment. Who cares about the past? Who cares about the future? But at the very least, neither one of them has to endure this crazy, wild world alone.

The most responsible of viewers will look at this film and find it hard to watch. But if Shameless is your cup of tea, then you’ll have no problem watching these girls squander the last of their rent money on booze, weed, and coke.