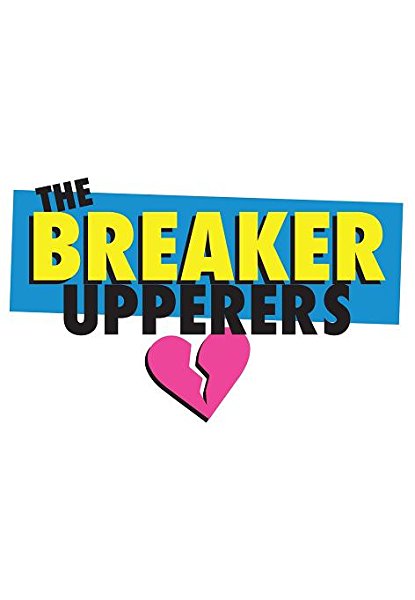 Breaking up is hard to do…which means it might be a market ready to disrupt. Jen and Mel think so, and have developed a creative heart-breaking agency, devoted to delivering the coup de grace to relationships that either need a slightly firmer push off a cliff, or maybe a bit of theatrical pizazz to seal the broken deal. Played by writer-directors Madeleine Sami and Jackie van Beek, The Breaker Upperers’ (anti-)heroines navigate their New Zealand environment wronging wrongs, learning about love in their middle-age, and exploring other matters of the heart with a zanily comedic treatment that produces, on the whole, uneven results.

Aside from its title’s phonetic, grammatically cruel chaos which makes me physically ill, the film is a bizarrely strained and paced seesaw. Despite its shakiness, Sami and van Beek are always purely entertaining and there’s rarely a scene without them. These two women not only possess great senses for physical and verbal comedic timing, their facial expressions are incredibly communicative, amplifying every joke or pratfall they get yoked into and really drawing the audience in. You get the feeling that there is a beautifully inspired connection between the pair, which gave me some echoes of Kathy Najimy and Mo Gaffney of The Kathy & Mo Show fame (google Parallel Lives, their HBO special, if you don’t know what I’m talking about–it’s timeless).

The movie isn’t just Sami and van Beek, however, and while many of their co-stars bring overblown personalities and a cozy lightness and wit to the story, something about The Breaker Upperers falls flat fairly early on. The construction of the entire narrative does not bear scrutiny; a late-stage joke about New Zealand being small, making avoidance of a person you dislike highly unlikely, more or less shatters the fundamental aspect of their entire business, begging the question of how one could reliably hoodwink soon-to-be-exes with a cheap costume or a fake pregnancy. And yes, perhaps the premise is meant to be enjoyed without thinking about it too hard but, if so, why does the film rush through the break-ups themselves, spending more time on the pair’s struggle to resolve their personal problems and avoid their work?

Maybe it’s that the premise is so impressively near-sighted that I presumed the movie would ride it harder into the wall, rather than quickly saturate it with doubt. There is something on the edges of the story that wants to communicate a stark meditation about middle-aged loneliness and existential confusion, but it’s frequently compromised by things like the goofy naivete of 17-year-old rugby player Jordan (James Rolleston), an agency client who rampages through the plot’s netting like a…well, like a 17-year-old rugby player. I guess he’s supposed to be a charmingly sexualized adolescent dullard, and while he might get away with the funniest, most disgusting line in the film, it feels improper that he’s responsible for so much of the narrative. I want to say that this film passes the Bechdel Test on a cursory level, but I feel like Jen and Mel spend more than half of their time bickering about and criticizing each other’s misbegotten beaus.

As a showcase for talented creators and performers, The Breaker Upperers is an absolute success, with Sami and van Beek rarely at a loss for a laugh, and a supporting cast who mostly meet that level of quality. And while some low-hanging comedic fruit swings throughout much of the film–including an impromptu police officer striptease that was obvious, corny, and nonsensical–the better portion of it still made me ugly-laugh (including that scene, as well, if I’m being honest). Fan-favorite filmmaker Taika Waititi himself signed on as executive producer, and I trust his instincts here, but that appreciation of talent doesn’t save the film from feeling a bit middle-of-the-road as far as comedies go, with a creaky structure that crumbles into its out-of-nowhere finale. While I’d still recommend checking it out, I’d rather look forward to future collaboratons from this talented pair.